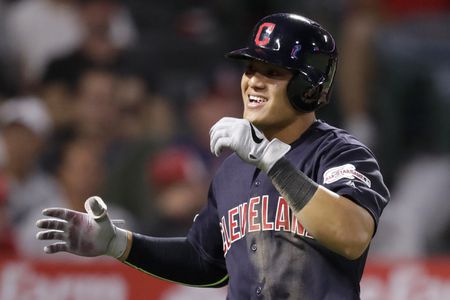 The Indians wasted no time getting on the board early. Cesar Hernandez led off with a single home run off of John Means. Harold Ramirez added his own single shot in the first to put the Tribe up 2-0.

Means left the game without getting out of the first inning with shoulder fatigue. Former Indians pitcher Adam Plutko came in to relieve Means. Plutko gave up four hits and one earned run over two innings.

Yu Chang hit his first home run of the season which ended the day for Plutko. Chang’s blast was a 3-run shot and the Indians had a 7-1 lead over the birds.

Aaron Civale was on the hill for Cleveland and pitched six innings allowing seven hits, four earned runs and struck out four. Civale was hurt by the long ball giving up three homers on the day. The offense provided enough support for Civale to earn his 8th win of the season.

Prior to the game, the Indians called up Bobby Bradley who saw his first at bat in the 8th inning. Bradley doubled and was drove home by Cesar Hernandez’s single to center. Another roster move involved Cleveland selecting the contract of right-hander Blake Parker from Triple-A Columbus. Parker pitched 0.2 innings allowing two hits, no runs and one strikeout.

The Indians had a season high 13 hits in today’s outing. They’ll finish up the series in Baltimore tomorrow at 1:05 EST.