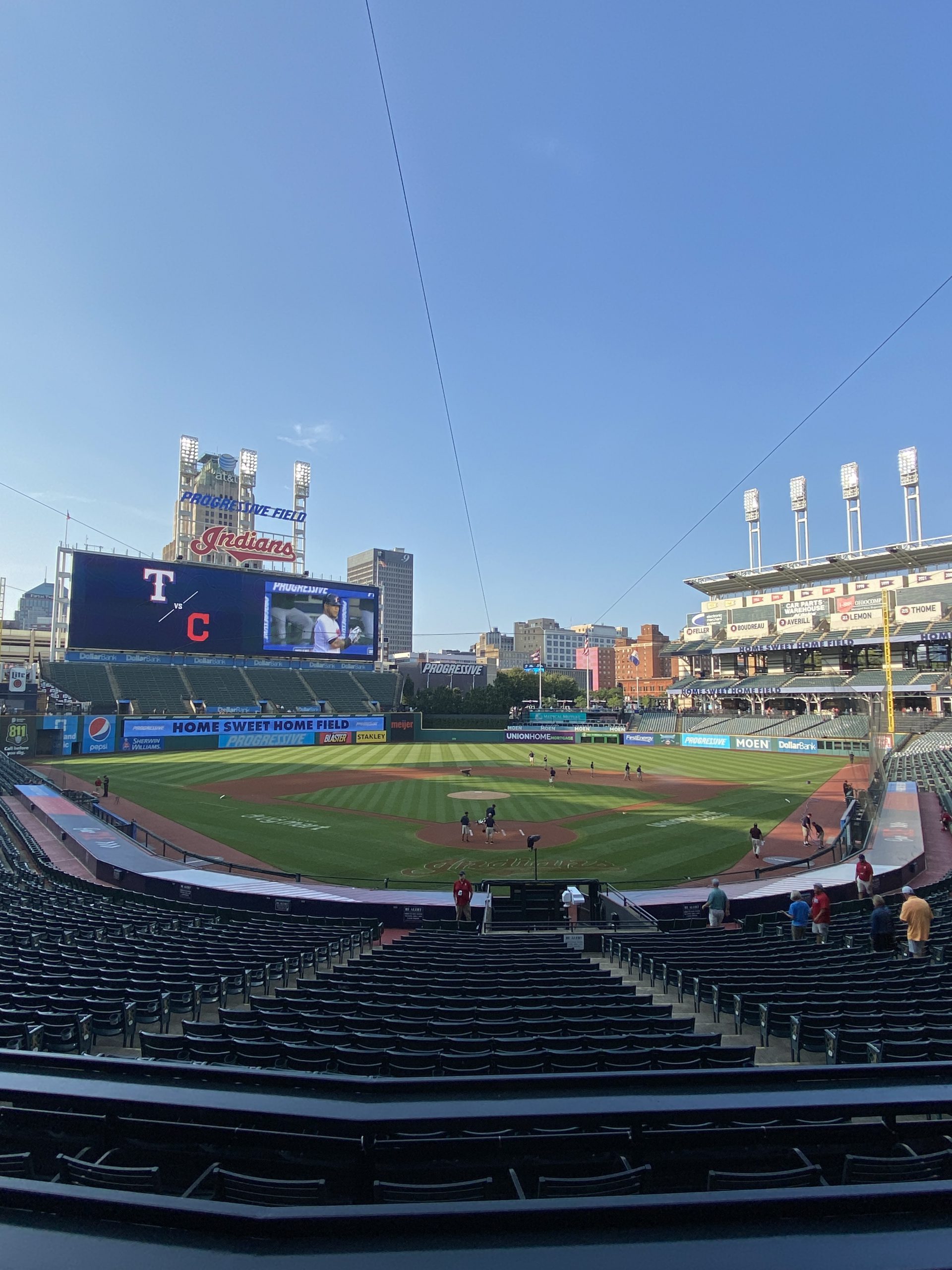 Thursday night was the last of a three-game series against the Rangers. The Indians were looking to win the series after a solid victory of 7-2 on Wednesday.

Sam Hentges was on the hill for the Tribe making his 12th start of the season. Hentges was coming off a solid start last Friday against the Angels. He held the Angels to just one run in four innings.

The Indians’ lumber was hot in the 1st inning. Myles Straw led off with a home run. Franmil Reyes doubled to drive in Jose Ramirez. Bradley Zimmer wanted to join in the party. Zimmer hit an absolute bomb to right field. His blast was 465 ft the 2nd longest HR by a Tribe player this year. The 1st longest was Zimmer’s 471 ft bomb on Aug 9th.

Texas answered back in the 2nd inning with a double by Jose Trevino to score DJ Peters. Nick Solak then singled to score Trevino cutting the score in half at 4-2.

The Rangers then knotted it up in the 3rd. Nate Lowe reached on a fielding error by Jose Ramirez. The error scored two runs for Texas yet Lowe was thrown out going to second base.

The Tribe added four runs in the 4th inning. Andres Gimenez doubled to score a run, Amed Rosario had a sacrifice fly, Ramirez and Reyes both singled.

Every Cleveland hitter wanted in on the action, as Owen Miller hit a solo shot in the 5th setting the score at 9-4.

Rangers’ Nick Solak hit a solo shot in the 6th inning to chip away at the score making it 9-5. The Rangers weren’t quite done yet. In the 8th, DJ Peters hit one out, bringing the team to within three.

Zimmer singled in the 8th to put the score into double digits at 10-6.

Despite the Rangers efforts they couldn’t muster any additional runs giving the Tribe the win.

Cleveland will host the Red Sox on Friday for a three-game series. First pitch will be at 7:10 PM EST.