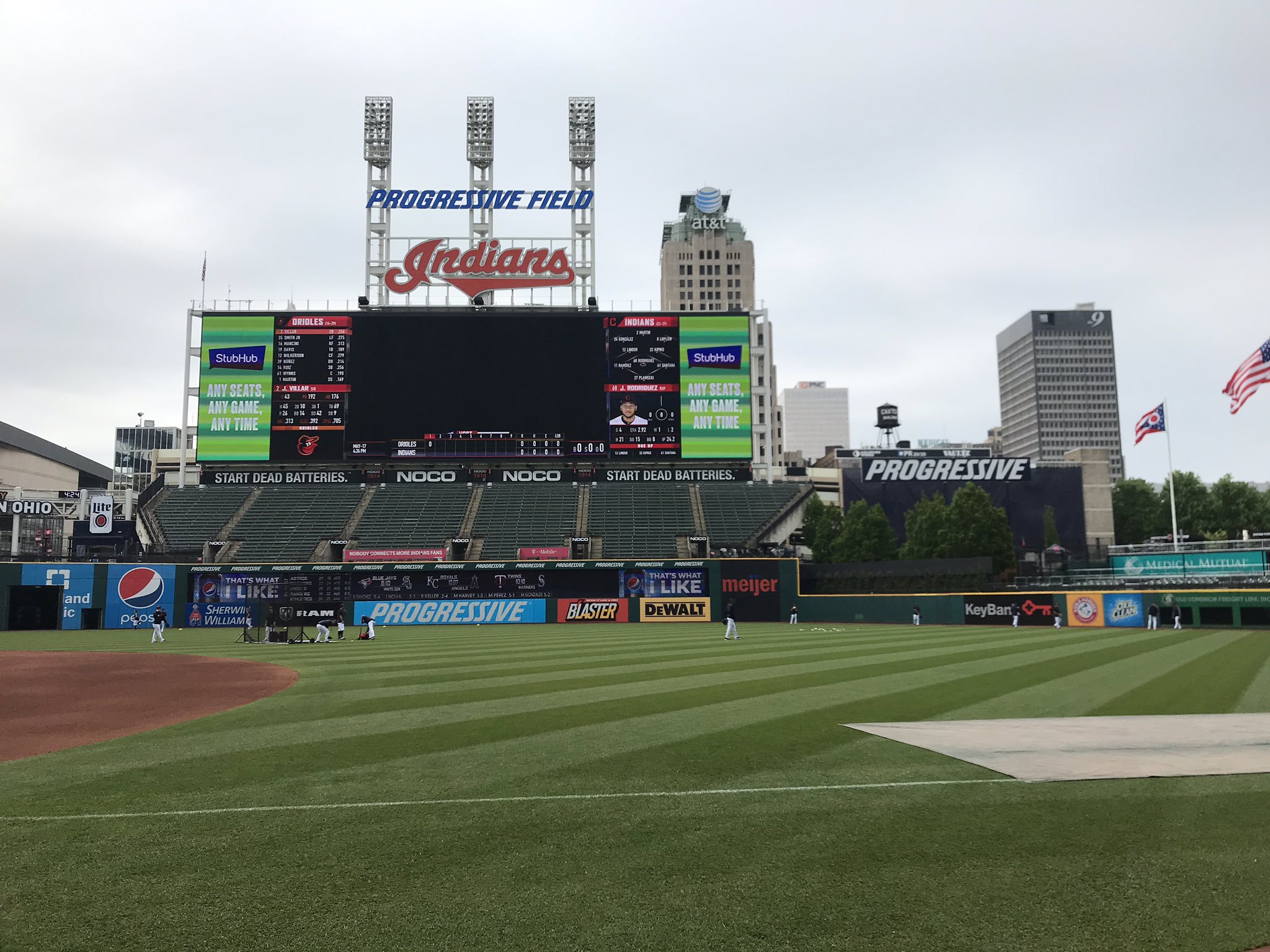 The Tribe’s short win streak is over, as the offense was put to sleep by Dylan Bundy and the Orioles pitching staff in a Baltimore 5-1 win at Progressive Field Friday night.

The setback puts the Indians at 23-20 on the season, 12-8 at home, and now 1-1 on there current 11-game homestand that will see them play the O’s, A’s and finish with four against the Rays.

Jefry Rodriguez got the start foe the Indians, and allowed two costly hits, a solo homer and a three-run blast. While he allowed four runs on seven hits, the offense did little to help.

They took a 1-0 lead on a Jake Bauers single in the second, and that was it. A night after scoring 14 runs they managed one run on three hits thanks to a good outing by the O’s pitching staff.

Here’s a couple takeaways from the teams’ latest loss before their 4:10pm first pitch on Saturday.

Last night was more like a rec league softball game the way the team was hitting the ball all over the park, and now 24 hours later they were back to their old way.

Dylan Bundy, who entered Friday’s action with a 1-5 mark and an ERA of 5.31, threw 118 pitches in throwing 5.2 innings, but shut the Tribe bats down to the tune of one run on three hits.

The Baltimore pen was even better, as they managed to keep the O’s in the lead, going the rest of the way not allowing a hit, walking one and striking out three.

Once again the Indians swung at bad pitches, striking out 12 times on the night in the setback.

Indians starter Jefry Rodriguez kept the team in the game, going 6.2 solid innings, walking one, striking out five, and allowing a solo homer along with a costly three-run blast.

Just like as the O’s got to Trevor Bauer early Thursday night, they got two big hits off Rodriguez that left the yard, a solo shot by Jonathan Villar that tied it at one, and then the three-run shot from Stevie Wilkerson, whose blast made it a 4-1 O’s lead.

Overall Baltimore pounded out 10 hits with Wilkerson getting the two biggest hits of the night, a three-run bomb as well as a double in the 8th that made it a 5-1 game.

The loss for Rodriguez drops him to 1-3 on the season as he continues to fill in the rotation for Mike Clevinger.

Getting big hits with runners in scoring position has been a huge issue for the team all season, and Friday despite only getting three hits it reared its ugly head again.

The team as a whole went 1-for-4 with RISP, left eight runners on base overall, and again failed to make contact enough, as they walked four times and struck out 12.

Everyone on the team was guilty, as each player in the starting nine struck out except Carlos Santana, who drew two of the four walks in the loss.

Once the Indians got to the O’s pen they should have had a better approach at the plate, but instead seemed determined to continue to stay in the same swing at anything mode that cost them at the plate all too often.