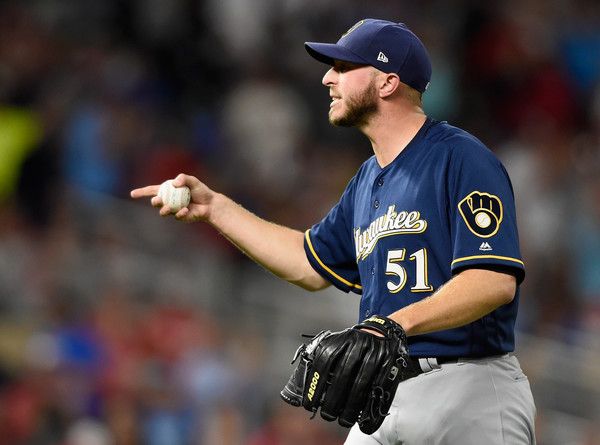 In yet another attempt to find a reliever that can help with their bullpen woes, the Tribe today added newly acquired relief pitcher Oliver Drake to the teams’ 25-man roster.

The team made the move in time for the teams’ Tuesday night affair with the Milwaukee Brewers, the team that the Indians dealt with to get Drake.

To add Drake to the roster, the team optioned Alexi Ogando back to Triple-A Columbus.

He will attempt to help out an Indians bullpen that’s been the subject of a lot of criticism as of late for not being able to keep teams in check.

Sunday against the Yankees the combo of Cody Allen and Dan Otero imploded to blow a 4-2 Indians lead in the 8th inning, as the team was swept following a 7-4 loss in the Bronx.