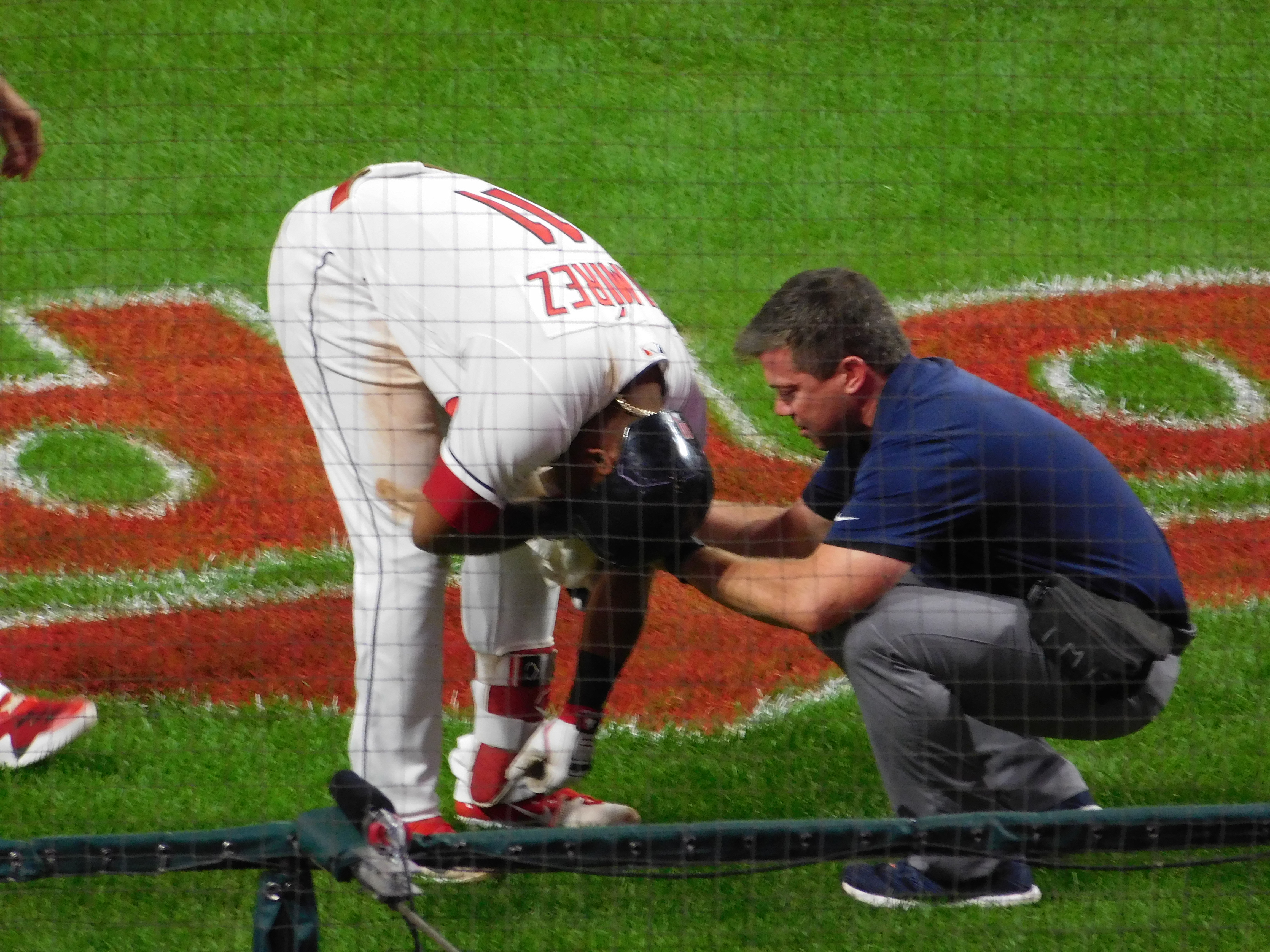 Indians third basemen Jose Ramirez was pulled from Saturday’s 4-2 win over the Royals in his first trip to the plate with what’s being described as discomfort in his right wrist.

Ramirez was pull in the middle of his first at-bat. He took a swing and looked like he grabbed his wrist in pain.

Quickly the Indians training staff came out and looked at him for a few minutes before he was pulled. Mike Freeman replaced him, and had a good night a the plate with two hits including a two-out RBI that gave the Indians a 1-0 lead.

Following the game Terry Francona spoke about Ramirez, stating that the team will get an MRI to see what’s going on with the wrist.

“We took him over to get him imaged, it takes a little while for everyone to see it, just to make sure we get the proper read on it,” Indians manager Terry Francona said.

“We’ll probably hang around here tonight, just to probably see if we can find something out.”

Ramirez hit a foul ball on a fastball from Royals starter Glenn Sparkman on a 2-0 count with two out in the first when he was pulled.

Francona said this isn’t the first issue as of late that Ramirez was having with the wrist, but isn’t sure it’s the same place on the wrist that’s been bothering him.

“His wrist had been bothering him,” Francona said. “I’m not sure if this is in the same place, that’s what kind of worried us a little bit.”

“Mr. Smile” Goes the Extra Mile, leads the Tribe to Victory over Kansas City
Clevinger Moves to 9-0 Against the Royals; Reyes’ HR the Difference in 4-2 Indians Win Over K.C.