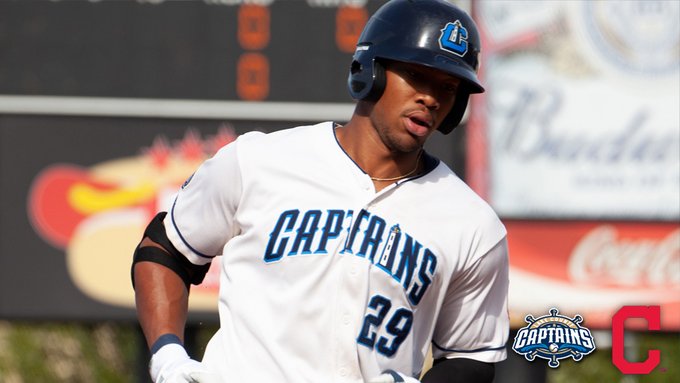 It was quite a night Thursday for Indians 2016 first round pick Will Benson, who turned heads playing in Eastlake for the Lake County Captains.

Benson had a night that players dream of at the plate, hitting FOUR homers in the Captains 12-6 win over South Bend.

It was the first four homer game in the minors since the 2014 season when Mike Ford did it.

Benson homered in his first four plate appearances before finally being retired in the 8th inning.

“To look into the eyes of my teammates and to see that they were amazed, that’s what made it, ‘Oh, this is legit,'” Benson told MiLB.com.

“Most homers are cool, but this time, everyone’s faces were different. It was nice.”

Here’s video of the fourth homer for Benson

4 homers for Will Benson pic.twitter.com/DRVpokkaeM

WILL BENSON WE LOVE YOU https://t.co/GJTBh4WYf7

The Indians’ Bullpen Has Been the Biggest Early Season Surprise
Indians 1B Carlos Santana Officially Becomes a U.S. Citizen