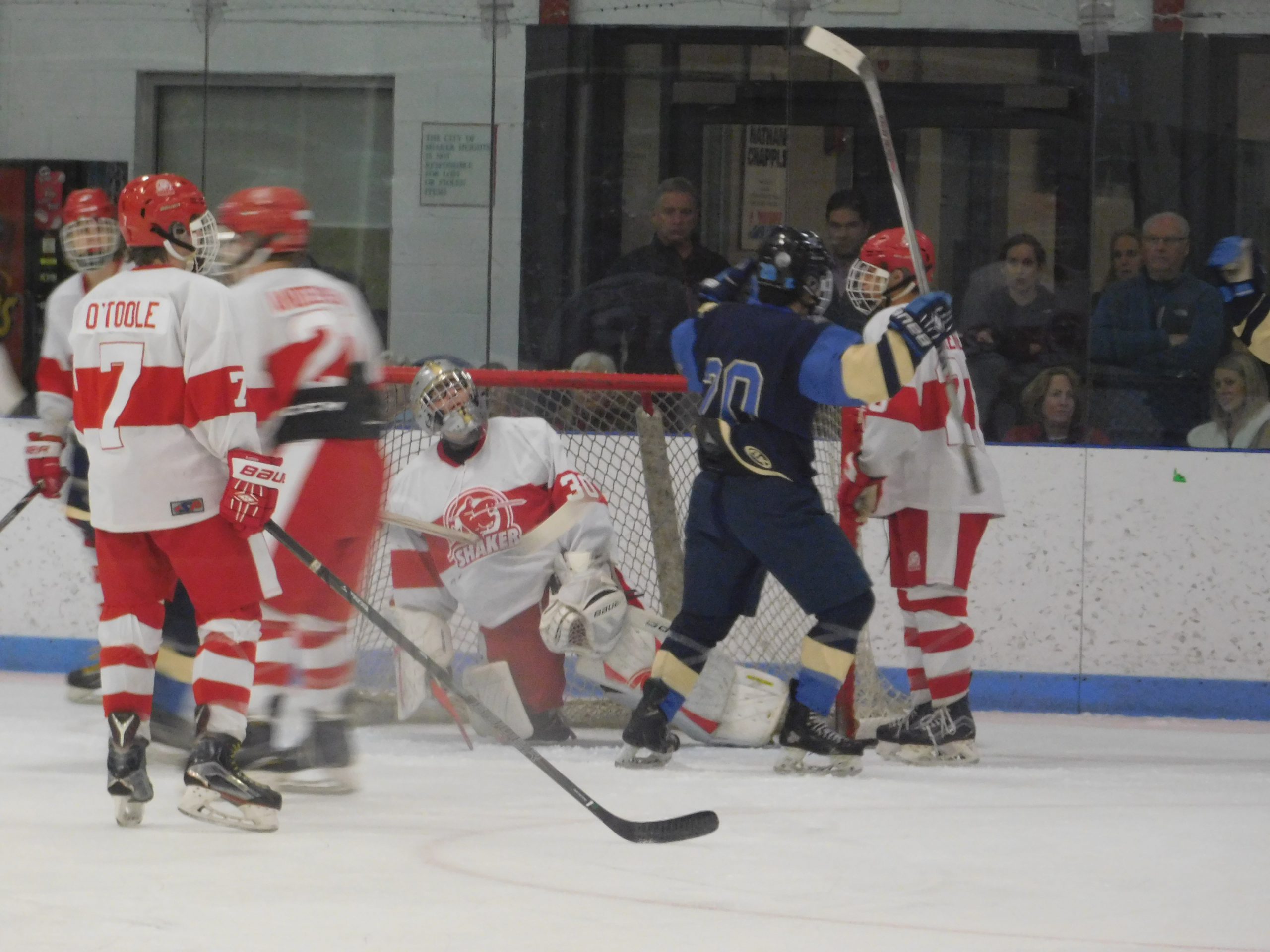 SHAKER HEIGHTS, OHIO – It was a game that was circled on the schedule for a long time, and the 22-5-1 Kenston Blue Bombers and 17-5-2 Shaker Heights Red Raiders delivered as advertised.

The classic matchup was a rematch of an earlier Red Raiders 1-0 win over the Bombers, but on this night the dramatic took center stage, and this night belonged to Bombers senior forward John Barto and Kenston as they pulled out a wild 5-4 win in overtime.

Barto scored 19 seconds into the overtime for the game winner, and that came after he delivered a goal with just eight seconds left to play in regulation to knot the game up at four after the Red Raiders were called for two minor penalties in the final 1:59.

That wasn’t it for Barto, as he scored just 1:09 into the game to give Kenston a 1-0 lead, and then scored his second goal of the night 11 seconds into the second period to, at the time, give the Bombers a 3-1 lead.

The Red Raiders, who entered play on Friday night 7-0-0 in Red South play in the GCHSHL, rallied for two goals in the second period to tie the game up, and took a 4-3 lead with 10:35 to play when sophomore forward Devin Campbell scored to give them their first lead of the night.

It looked like it was going to stand, as the Red Raiders stopped the Bombers for all the third period, but the two minor penalties opened the door, and with eight seconds left Barto tied up the game to send it into the extra sudden death period.

The Bombers quickly won the puck to start overtime, and skated down the left wing, putting a shot on net on Shaker goalie Maxim Ehlers, and off the rebound Barto deposited it into the net for the stunning win for Kenston.

Bombers sophomore goalie Jason Hildebran earned the win in net, as he turned away 26 of 30 Red Raiders shots on the night. Kenston ended the evening with 27 shots on net in the evenly played battle.

Kenston scored two goals in the first 2:05 of play to quickly build a lead on Shaker, as Barto put in the first goal, and senior defender Tyler Holub scored the second goal unassisted to make it 2-0.

Shaker came back with a power play goal to cut the lead to 2-1 at the 11:52 mark of the first, this after a Kenston minor penalty for tripping.

Junior forward Keenan O’Toole scored the goal to cut into the lead, with junior forward Britt Anderson getting the assist.

Kenston took a two-goal lead just 11 seconds into the second when Barto scored after some sloppy play in front of the net by Shaker to make it a 3-1 Bombers lead.

The Red Raiders scored the next two goals, the first by freshman Peter Levin unassisted at the 7:02 mark of the second to make it 3-2.

The evened the game up at three when they scored a short-handed goal at the 11:24 mark of the second period. Senior forward Asher Pollack scored the goal with senior DC Benincasa collecting the assist.

The back and forth affair saw the Red Raiders take a 4-3 lead with 10:35 to play, as Campbell collected the goal to seemingly put Shaker ahead for good.

The two late penalties opened the door for Kenston, and they pulled their goalie, putting an all out rush on the net with it paying off with just eight seconds left to play as they tied the game.

That led to the heroics in the overtime by Barto, as he scored for the fourth time on the night, getting the game-winner in one of the more memorable games in the GCHSHL this season.

Kenston will be right back in action on Saturday night as they will host Mentor at The Pond at 6:40pm. Shaker will be in action a week from Sunday, February 3rd as they will play in Kent against Western Reserve Academy.

@kenstonhockey wins a wild one in OT as Barto scores 19 sec into the overtime and the Bombers best @HockeyShaker 5-4 in a classic – Kenston scores two goals in final :27 seconds for the win @BaronCup_GCHSHL @NEOSportsInside pic.twitter.com/ei8tGmek8k

Click the Pages Below to See More Pictures From the Game between Kenston and Shaker Heights! 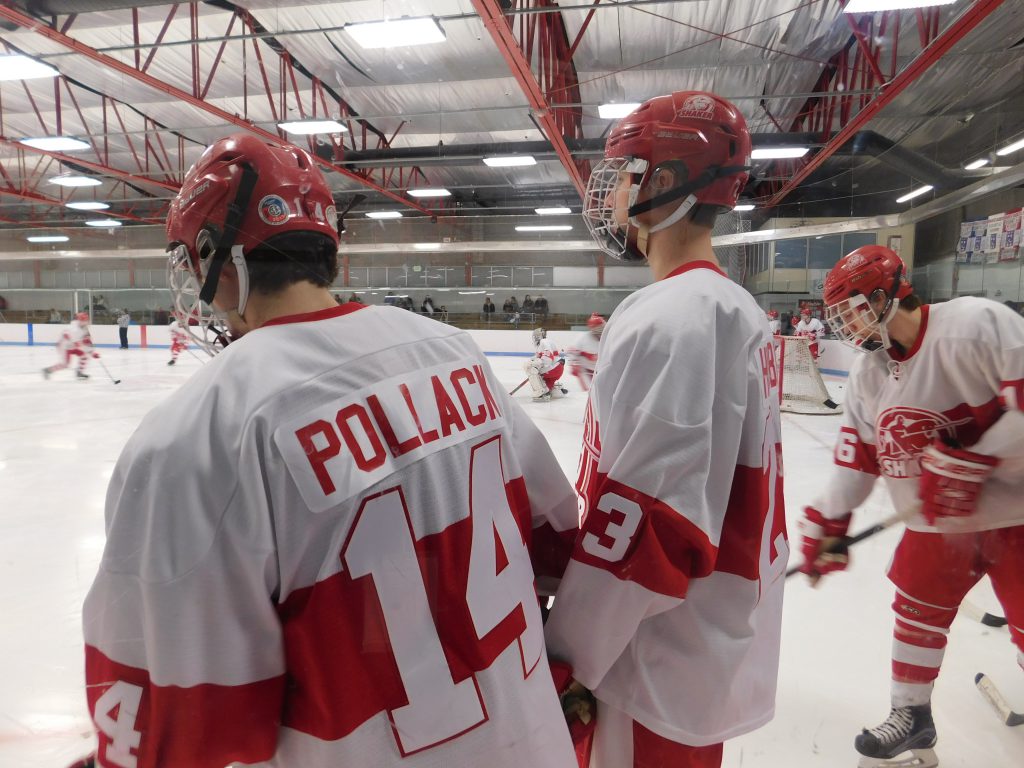 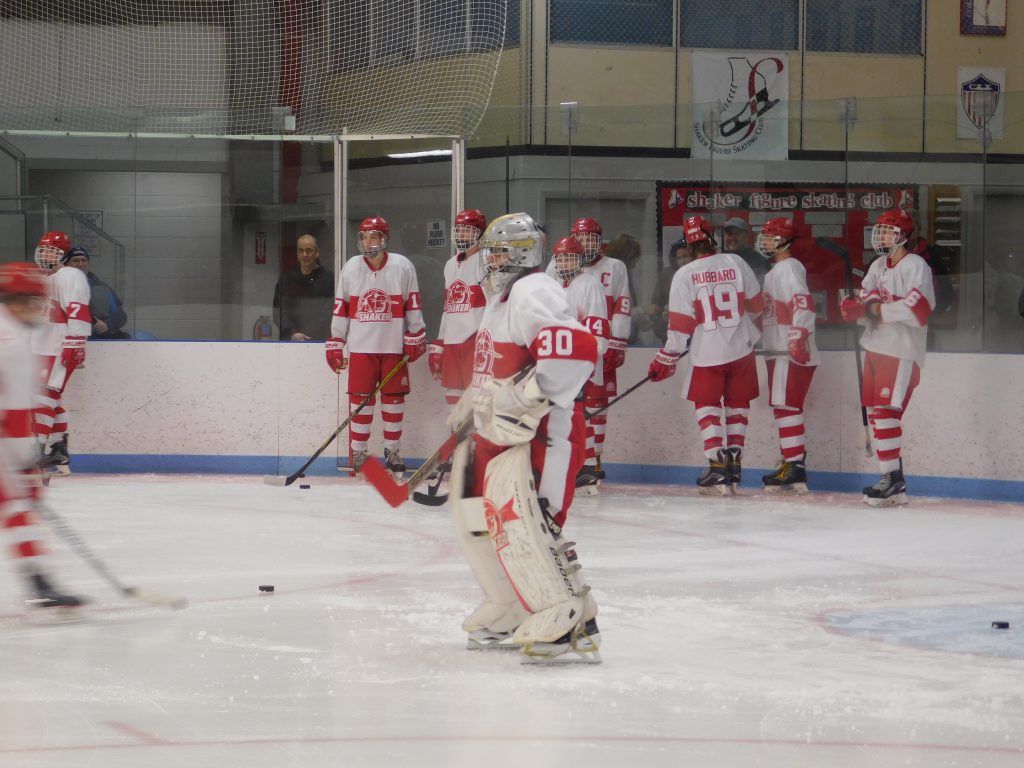 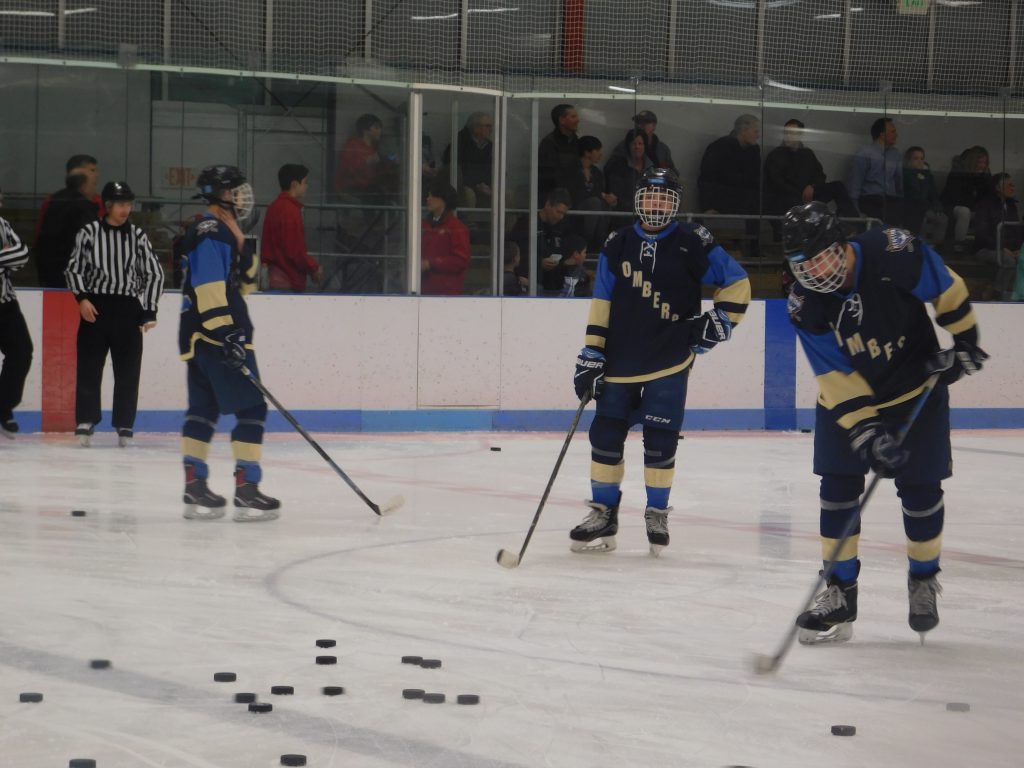