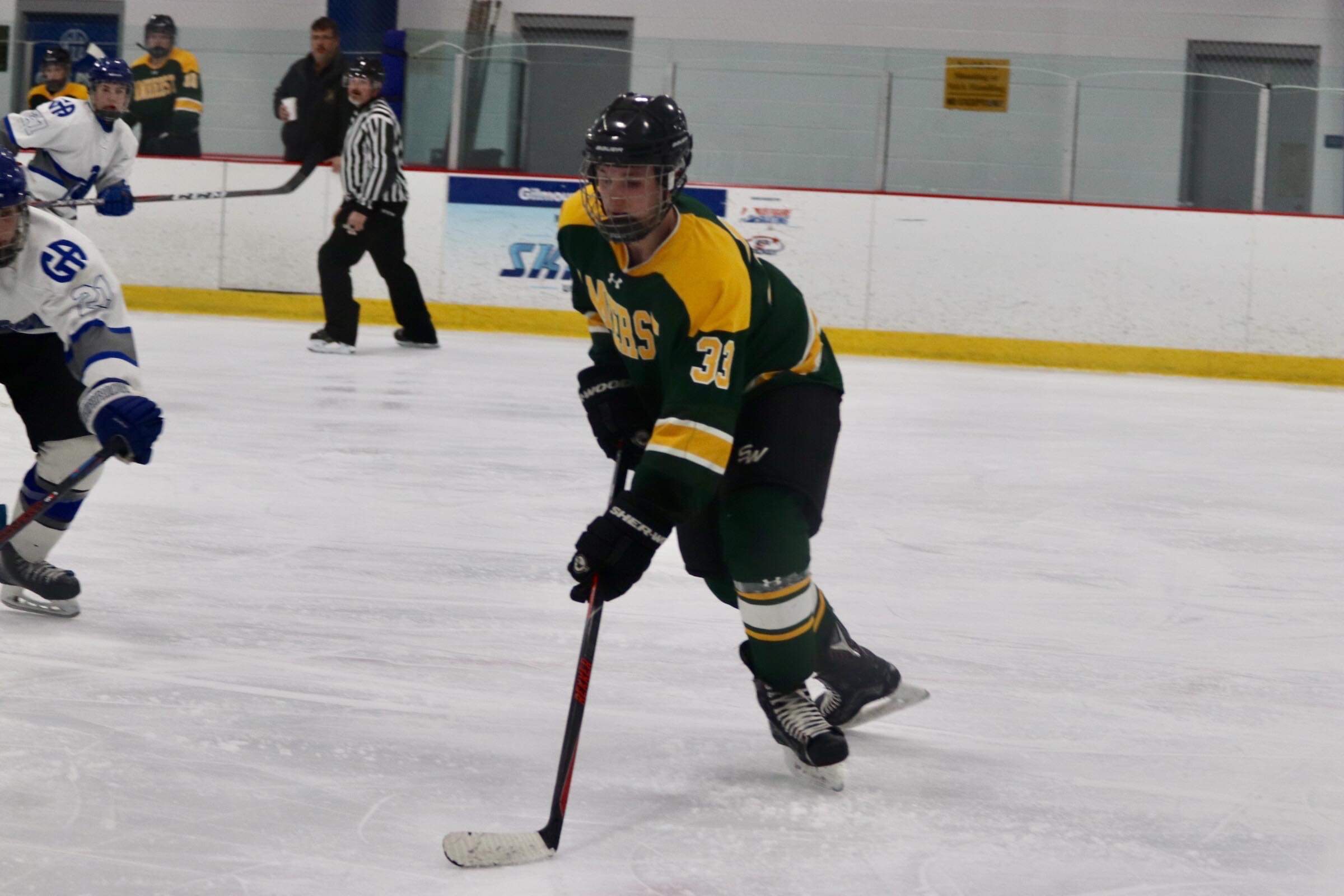 The Amherst Comets continued their stellar 2018-19 season on Sunday afternoon, as they topped Gilmour Academy by a final of 4-1.

The victory puts Amherst at 19-2 on the season, and they remain perfect at 9-0 in league play.

Brady Grove collected the win in net for the Comets, stopping 11 of 12 shots in the win.

The Comets got a first period goal from Jacob Kramer, with Jacob Fekete and Joey Kramer collecting assists at 13:21 to make it a 1-0 game, which was the score after one.

Kramer scored his second goal at 10:45 of the second, this time with Michael Hughes and Tyler Waldecki on the assists to make it 2-0.

Gilmour scored their only goal of the day when Frankie Valenti scored with Jack Starr and Shea Hofstrom on the assists with 9:20 to play in the second to make it 2-1.

The Comets wrapped up the win in the third, first with Fekete scoring with 13:50 left, Jacob Kramer getting the assist to make it 3-1.

Fekete wrapped up the win with 5:49 left on his second goal, Jacob Kramer and Waldecki getting assists.

Jeremy Sturm of Gilmour took the loss in net for the Lancers, as he stopped 16 of 20 shots in the setback.

Amherst will take on Lakewood this weekend as part of the SWC Tourney on January 18th at 3:30pm.