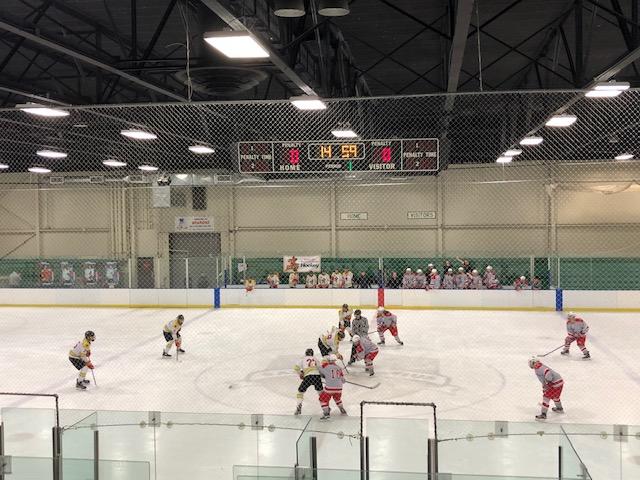 BROOKLYN, OHIO — The Parma Redmen got back on track Sunday evening at Brooklyn Rec Center with a decisive 10-1 victory over the Brecksville Bees. The Redmen (9-1-0) move back into 1st place in the Blue North division with the win.

Bees goalie Justin Blauman faced an onslaught of shots — 71 to be exact — and displayed his toughness with 61 saves.

Colin Pinson earned his 9th victory of the season with 10 saves in net for the Redmen.

Freshman Ryan Myers scored his 5th goal of the season, while Raiven Ignacio, Mason James and Adam Sandi each had an assist.