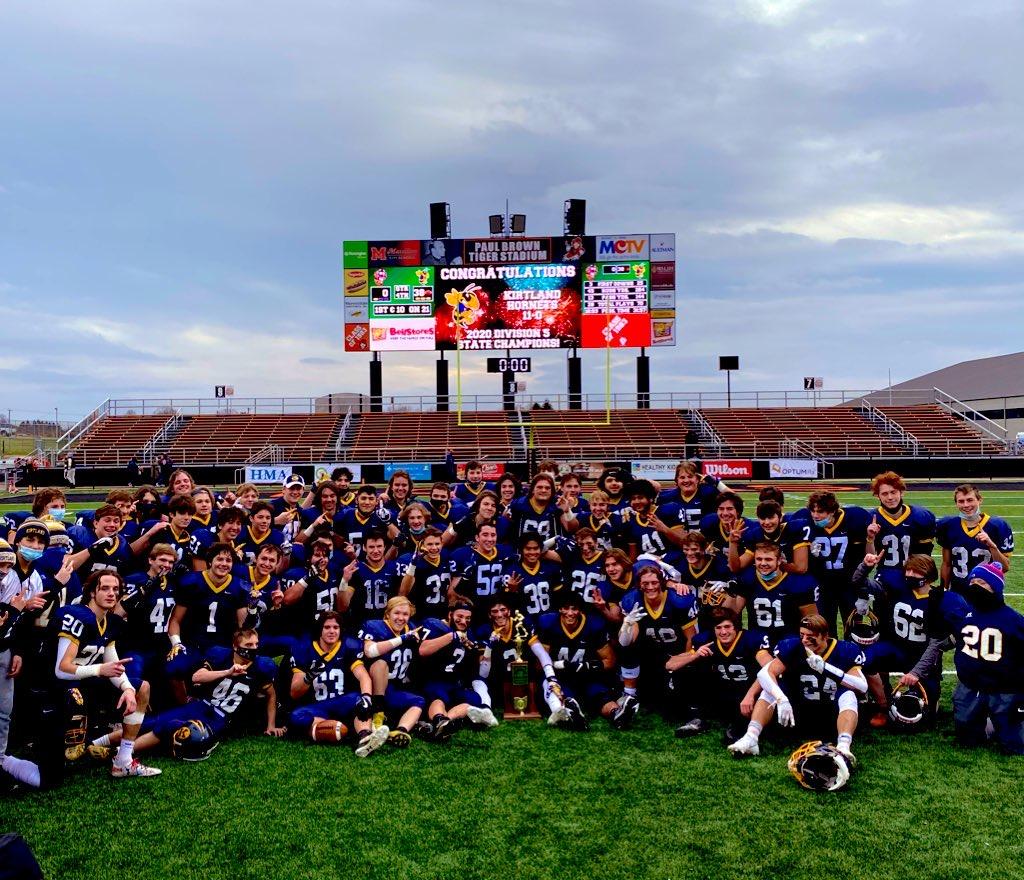 Kirtland finished with 405 yards compared to Ironton’s 59, allowing the Hornets to clinch a 38-0 victory and their third consecutive title.

Kirtland led 3-0 for most of the first half after a Mario Rodin field goal in the opening quarter.

Then in the second, an unbelievable catch by Joey Grazia set up a 1-yard quarterback keeper for Liam Powers to make the score 10-0.

Joey Grazia pulls down an incredible one handed grab that is ruled a catch upon further review. 🎥 ⬇️ pic.twitter.com/qr9JiPtiCI

In the second half, Kirtland continued their defensive dominance while adding on some big plays on the offensive side.

Mason Sullivan had both a rushing touchdown and a passing touchdown in the span of less than a minute to extend the Kirtland lead to 24-0.

Kirtland pulls out a little trickery, and it ends in a 50-yard TD pass from Mason Sullivan to Gage Sullivan.

Kirtland pieced together one of the best defensive performances in championship game history.

Kirtland also held their opponent to just 18 passing yards on the game, while scoring the most points against Ironton in 2020.

Mason Sullivan finished the game as the standout player once again, picking up 127 yards on 19 carries.

It’ll be tough to see so many talented seniors part ways with the Kirtland football program, but you can guarantee that coach Tiger LaVerde will have his team ready to defend their 41-game winning streak in 2021.