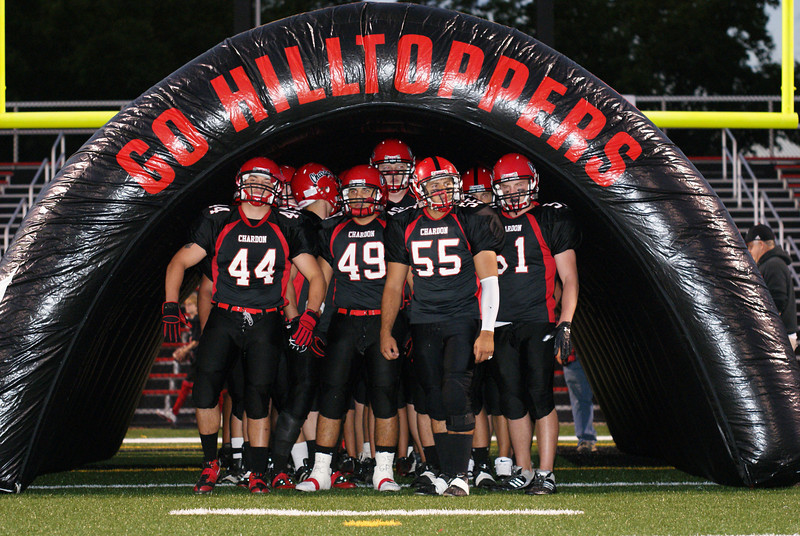 For the first time, Chardon and Tiffin Columbian will play each other on the gridiron in the Division III, state semifinal after both teams won their regional championships.

Tiffin Columbian (9-1, 4-1 in Sandusky Bay Conference defeated Holy Name 17-14 that went down to the wire in the Division III, Region 10 championship game.

Chardon (10-0, 6-0 in Western Reserve League) defeated Canfield handedly 38-6 in the Division III, Region 10 championship for the first time since 2003.

The key for them was forcing turnovers, which ranged from under pressure pick-6 inside their own redzone to tone-setting turnovers early that put the Toppers into great field position to extend their lead early into the first quarter.

Nathanael Sulka, who is a Junior had a huge game for Chardon as he had two interceptions on defense, one of which was a 90-yard pick-6. An injury would sideline him for the rest of the game.

On offense, James Pettyjohn rushed for 130 yards. In 289 yards of total offense for the Toppers, 231 of them came from their rushing attack.

Victories for Chardon like against Canfield, have been their story all year with an average of over 35 point margin of victory.

Tiffin Columbian’s defense carried them as they won their first regional championship. Their defense allowed one touchdown. The other Namer touchdown was a blocked punt that went the other way with less than 2:00 remaining as they trailed 17-14. The Tornadoes secured the win by recovering the onside kick after the touchdown.

Tiffin Columbian’s season hasn’t been as dominant as Chardon’s, but an edge the Tornadoes have over them is the fact that Chardon have not played in close games all year.

The important part of the game will be in the beginning. Can the Tornadoes hang on in the first quarter. The closer the game, the more it plays into their favor.