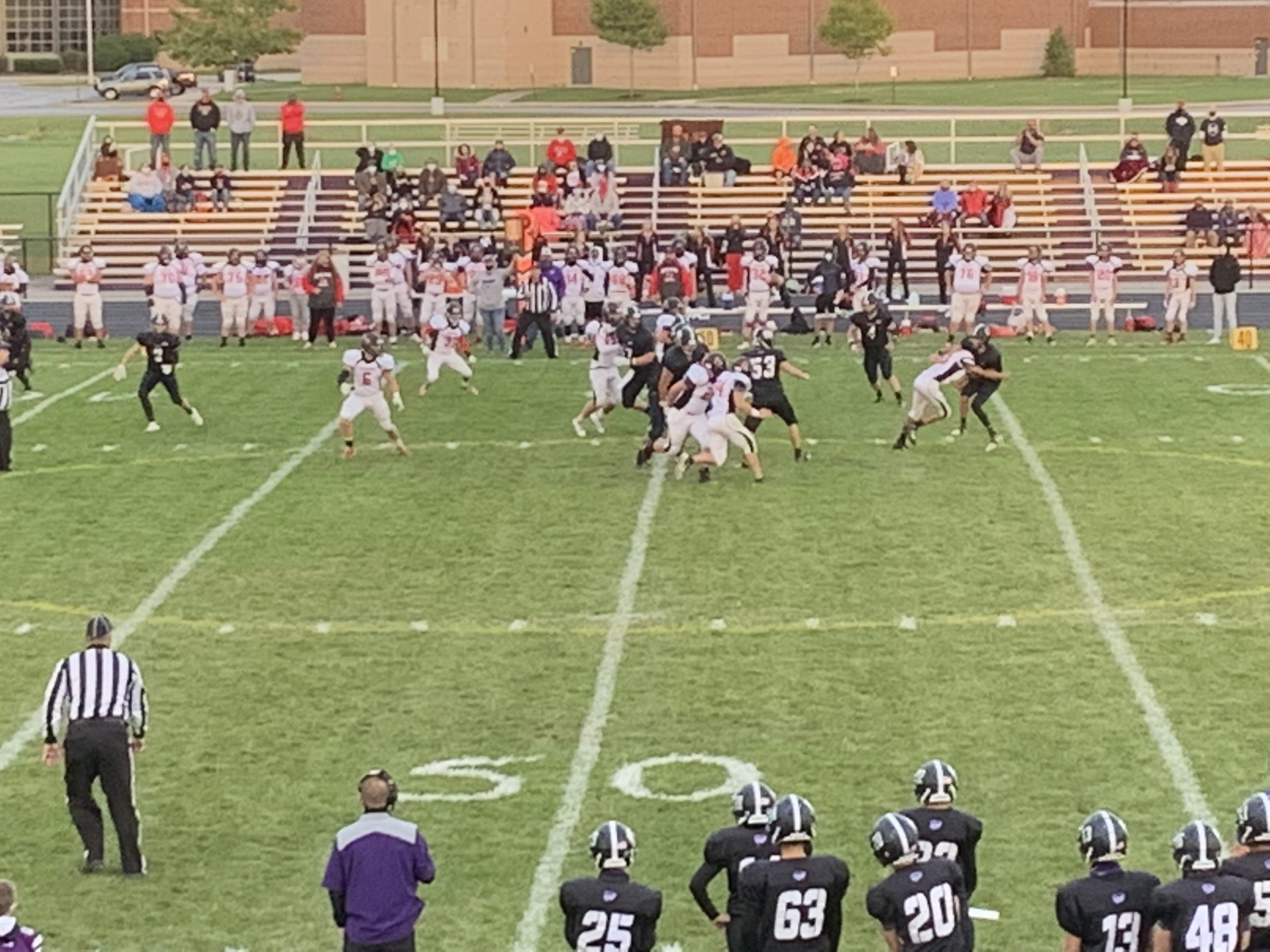 LAGRANGE, OHIO – On a beautiful night in LaGrange Ohio, we have another Lc8 matchup between the Keystone Wildcats and visiting Brookside Cardinals .

Keystone started off hot, scoring on a 74 yard drive. Gideon Lampron scored for the Wildcats with a rushing touchdown, making the score 7-0 with the Evan Maiden PAT.

Brookside had a good drive of their own, but couldn’t execute on a missed FG attempt. Keystone then struck again on a 80 yard pass from Konnor Rodick to Ryne Shackelford, making the score 13-0 Keystone with 29 seconds left in the first.

Brookside started the second quarter off gaining some yards off a roughing the passer penalty from Keystone.

Nearing the end of the first half, we could see both defenses taking on a bigger role, especially with Brookside’s Michael Gomes recovering a fumble, helping his team take over from their own 45 yard line, where they started their last drive.

Neither team could produce anything before the half, Brookside took the knee, and we ended the half with Keystone leading 13-0.

The Cardinals got great field position off a nice Ben Montgomery return to start the second half. Setting his team up across the 50. Brookside executed on a Kenny Grobolsek run, making the score 13-6 Keystone.

Brookside almost came up with a big fumble recovery, but it got called back on a holding penalty in the defensive backfield. The Cardinals did recover, forcing the Wildcats to turn over the ball on downs right at the goal line.

The Cardinals were eventually forced to punt, and Keystone scored on a Gideon Lampron rushing TD, which he definitely earned by fighting through defenders, the Wildcats took the lead 20-6, and that’s how we would end the 3rd quarter.

Brookside wasnt going down without a fight, Micheal Gomes punched it in the end zone, cutting the Keystone lead down 20-13. Keystone struck with the dagger, a 10-yard touchdown pass from sophomore QB Konnor Rodick, taking the lead 28-13 with 2:30 left in the game.

Brookside kept fighting towards the end, Kenny Grobolsek scrambled on a 4th-and-5 to save the game, but couldn’t quite get the first down. Keystone then kneeled out the rest of the clock, Keystone won the game 28-13.