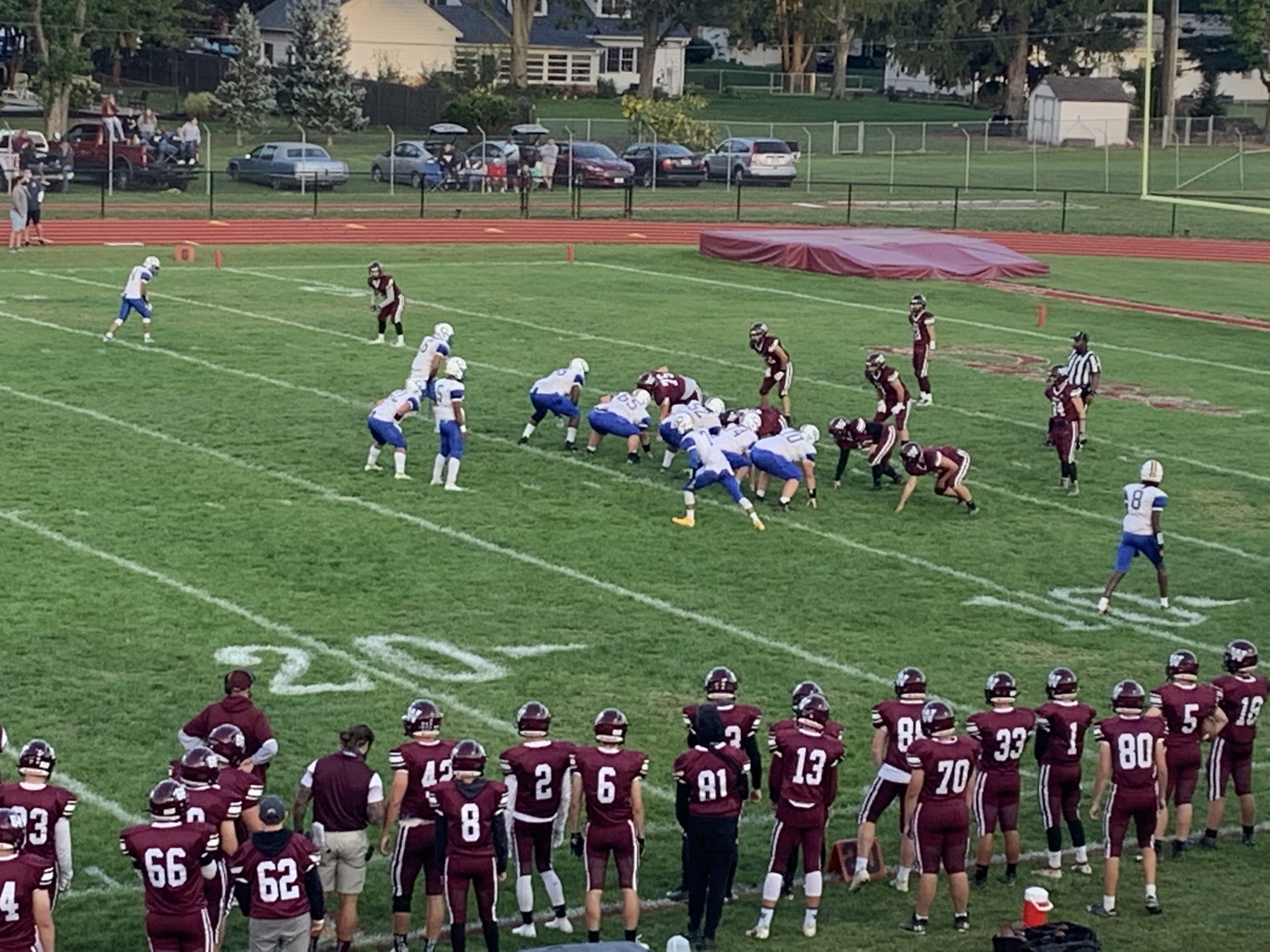 WELLINGTON, OHIO – On a somewhat chilly late summer night, it was week three of high school football featuring the Wellington Dukes and visiting Clearview Clippers. We were 3-for-3 with odd starts, this week the scoreboard at Duke Stadium was out before the game started to give us another delayed start.

Wellington got the ball to start the game, but was forced into a 3 and out. Once Clearview got the ball on offense in the first quarter, they were in a hurry up offense. The Clippers were moving the ball very well, if it wasn’t for an illegal man downfield penalty they would’ve scored with 5:45 left in the 1st. The Clippers did end up scoring on a Hiram Carreras jet- sweep, making the score 6-0 with 4:51 left in the first quarter.

Wellington struck back very quick, returning the kickoff for a touchdown, on a CJ Polen return, tying the game at 6 with 4:38 left in the first. It seemed to be a gunshow early to start the game, as Clearview struck on a Robert Davis to Sam Clark 59 yard TD pass.

It was then Terrance Cavin with the 2 pt conversion making the score 14-6 with 3:57 left in the first quarter. Wellington got close to scoring again, but Sam Clark came up with a big interception to end the first quarter.

That last drive defensively for Clearview definitely pleased head coach Mike Collier, as the Clipper defense did a great job at protecting their end zone and forcing the interception. Nearing the end of of the first half, Wellington scored on a Jayden Skinner TD.

Clearview got close to scoring but we entered the half tied at 14. It was a very competitive first half between the Dukes and Clippers.

Coming out of the half, it was Robert Davis and the Clippers marching down the field quickly and early in the 3rd quarter, Clearview once again got another touchdown called back due to an illegal man downfield penalty.

The Clippers were killing themselves with these penalties. But it was Robert Davis working his magic on his feet tossing it on the scramble to Sam Clark again, but they failed to convert for 2 making the score 20-14 with 7:28 left in the 3rd.

Clearview’s defense later came up with their 2nd interception, this time from Terrance Cavin.

Clearview couldn’t execute with their 3rd illegal man downfield penalty that did not help them very much. After Wellington couldn’t produce either,on the punt the Dukes drew a fair catch interface penalty giving the Clippers great field position form the Dukes 38 yard line.

Starting the 4th, Wellington was doing a great job at holding the Clippers out of the end zone. The Clippers couldn’t convert, turning the ball over on downs.

This left the Dukes in a tough spot, having to drive the ball out from their own 10-yard-line. The Dukes did indeed drive the ball, all the way down to the end zone on a 95-yard drive.

Kaleb Taylor scored for the Dukes making the score 20-20 with 5:18 left in the game. Clearview then started to slow down the game once they took position. Focusing more on the run instead of throwing the ball. Winding down the clock to try and get the last minute score in. A holding call drew the Clippers back, not helping their field position.

Robert Davis was then sacked, forcing the Clippers to try and convert on a 4th-and-28. The Clippers couldn’t convert.

High School overtime rules state that each team gets a shot from the 25 yard line, no time on the clock, with each team getting 1 time out.

Wellington got the ball first, but it was Hiram Carreras coming up with a huge interception in the end zone , giving the Clippers their shot to win the game in overtime.

Clearview didn’t start off too good, drawing a false start on their first play, but they recuperated , with Tyler Green scoring the winning touchdown in overtime, the Clippers took the win home 26-20.

Wellington with an INT in their OT possession, then Tyler Green punches in a 6 yd run in OT!

Clippers walk off a winner at Wellington, 26-20!