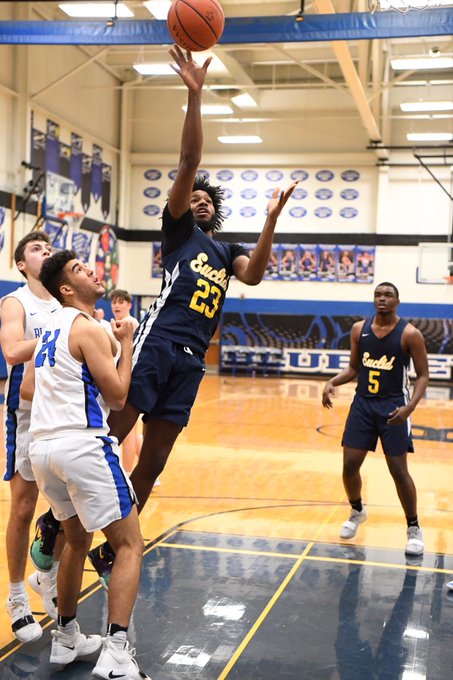 The Euclid Panthers boys varsity basketball team improved to 7-5 on the season, as they went on the road Tuesday night and pulled out a 61-47 win over Willoughby South.

The setback for the Rebels drops them to 9-5 on the season.

Leading the way for South was Xavier Hopps with 15 points. Damion Williams added 12 in the loss for the Rebels.

The Panthers got 15 points in the win from senior forward Latrayl Alexander-Davis.

Senior forward Mario Lacy along with junior point guard Garvin Clarke each added 12 points in the victory for Euclid.

Willoughby South held a 15-9 lead after one quarter, and a 17-9 second quarter in favor of the Panthers gave them a lead at half 26-24.

Euclid will be in action on Friday night as they will be on the road against the Medina Bees.

The Rebels are back in action Friday at home against Chardon.