How Serious Are the Browns About Possibly Getting Broncos LB Von Miller? 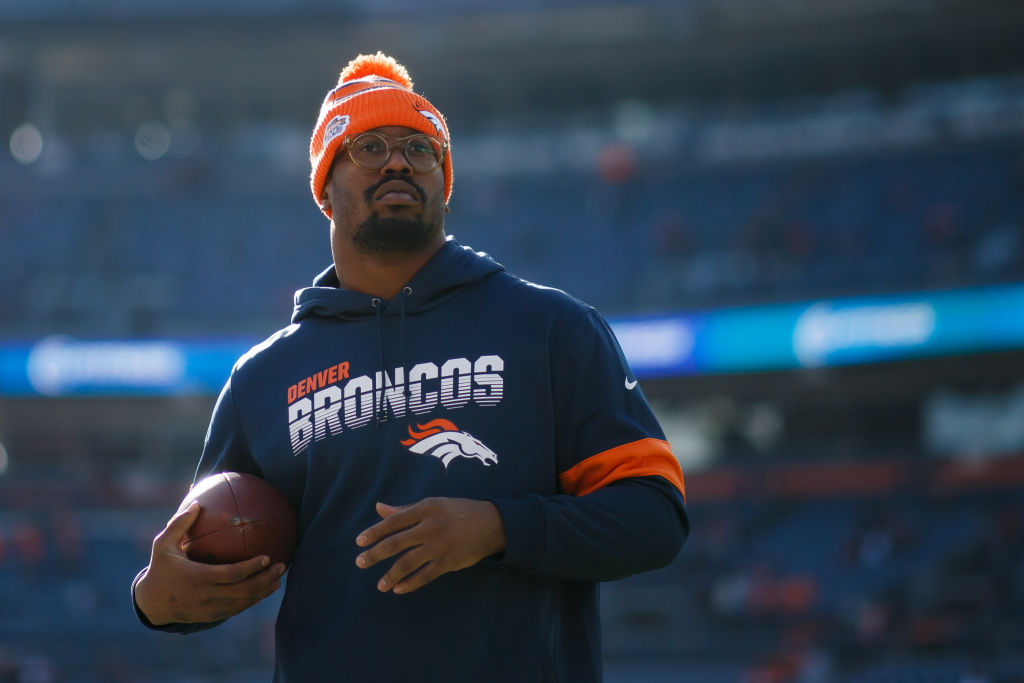 When the Cleveland Browns 2020 season ended it did so on a tough but promising high note. The team played the eventual AFC Champion Kansas City Chiefs to the brink at Arrowhead Stadium, losing to them by just five at 22-17.

Many so called “NFL insiders” feel that the Browns are a team on the rise, and even though the team was not able to land former Houston Texans defensive end J.J. Watt, there’s still plenty of upside for the Browns.

Cleveland was one of the favorites to land Watt, who signed Monday with the Arizona Cardinals, inking a two-year deal worth $31 million.

Another player who the Browns may look to in free agency is Super Bowl champion Lamont David, a linebacker who could come right in and start for the team that needs help on defense.

There is another potential player who could be a huge impactful player on defense for the Browns should they make a move for him, that being former Super Bowl MVP Von Miller of the Denver Broncos.

Miller has had some off the field issues as of late, but is still a name player who the Broncos will have to make a decision on along with safety Kareem Jackson.

What Denver does with Miller will define their offseason, but if the team allows him to walk, the Browns would be wise to jump on the veteran who could be a big asset on the field and in the locker room.

Online Sports Betting sites have released odds on Miller’s future, and they have the Browns as the third-most favorite to land Miller and bring him to the Lakefront for 2021.

Here are the odds and teams for Miller, as he will look to continue his playing career somewhere this upcoming season if not in Denver.

First up are the Broncos, who are at minus 220 on the list. The Broncos clearly do not want to give up on Miller, but at the same time they may look at the situation and decide that it’s just too much to try and make him happy and pay him what he thinks he’s worth.

If the Broncos decide to keep Jackson at the safety spot, they could simply allow Miller to walk and go young at the linebacker spot, as the team could use an infusion of youth at the position.

Second on the list of odds for Miller to move on is the Green Bay Packers, another team that was very much in the mix for Watt, but didn’t do enough evidently land him.

The Packers could sell Miller on him being the leader of the defense, and they are no doubt a contender in the NFC to get to the Super Bowl, and Miller on the roster could only help their defense.

Next up are the Browns, who sit at +550, just behind the Packers and ahead of the Buffalo Bills who are fourth on the list at plus 600 to sign Miller.

Imagine a core of Miller on one side and Myles Garrett on the other. The two could wreak havoc in the AFC and right away could have the best linebacking core in the AFC North.

Miller at 31 years old is the same age of Watt, so if the Browns do get Von it might as well be a wash of what they would have gotten with Watt.

For now, it’ll come down to what it always does – the money and years. We will see if the Browns move up the list to get Miller, or like with Watt they get left at the altar yet again.

Will the Browns Make a Run at Buccaneers LB Lamont David in Free Agency?
Can the Browns Do Enough to Keep Wide Out Rashard “Hollywood” Higgins?