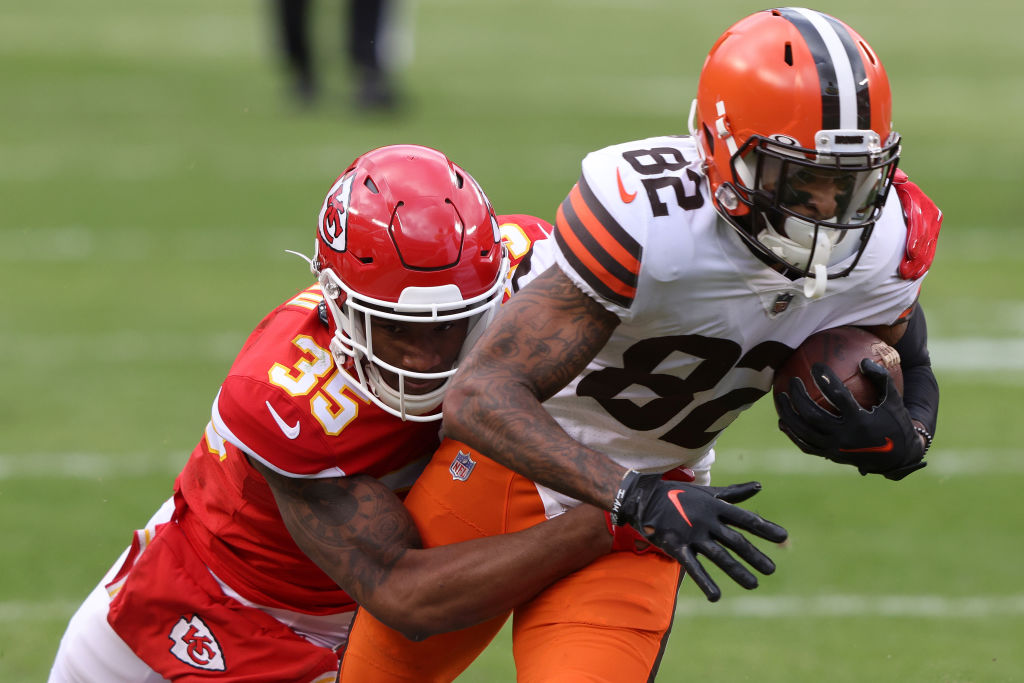 Free agency is fast approaching for the Browns, and one player who wants to stay in Cleveland is popular wide receiver Rashard “Hollywood” Higgins.

Last season as the Browns went 11-5 and won a playoff game in Pittsburgh Higgins pulled in 37 passes for 599 yards, including four touchdowns in six starts.

The receiver averaged 15.2 yards per catch, and things between he and franchise quarterback Baker Mayfield seemed to get better as the year went along and Mayfield trusted Higgins more in big moments.

The pass catcher has said he’s just waiting for a deal to come through from the Browns, but GM Andrew Berry said it’s not all that easy to just ink Higgins.

“I won’t touch on the specific dialog that we’ve had,” Berry said.

“But, suffice to say, we would like to have Rashard back. Obviously, he played a key role for us last year and we have a positive history with him.

“But, free agency can be difficult and obviously, he’s earned the right to make the decision that’s most appropriate for him, we’ll maintain consistent communication with his reps and see where it goes.”

The Browns are not exactly in great need of a big play receiver, as the club has to take into consideration that they will get back Odell Beckham Jr. after he missed a good portion of the season with injury.

Higgins though has done what he can to prove his worth, now it is up to the team and the reps for Higgins to see if the two sides can come to a deal for 2021 and beyond.

How Serious Are the Browns About Possibly Getting Broncos LB Von Miller?
Cleveland Browns Will Upgrade Defense in Free Agency and NFL Draft