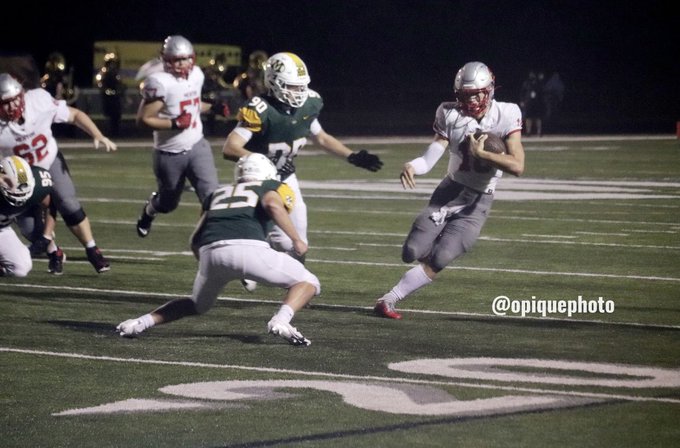 The No. 8 seed Medina Bees season is still alive and well after they defeated No. 1 seed St. Edward Eagles 35-31 in the Division I, Region 1 quarterfinal. Once again, they will have to put their season on the line again as they face the No. 5 seed St. Ignatius Wildcats (3-3) in the semifinals at Byers Field in Parma.

This will be the first time the two teams meet ever.

Medina (5-3, 4-3 in GCC), who started the season 0-2, have won five of their last six games. The sixth game being a kick just wide of the goal post from going to overtime as time expired in their 31-28 loss to Euclid.

Euclid wins after a missed 44yd FG as time expires.

Out of necessity, Medina, who were once seen as a heavy passing team, turned their offense into a more balanced attack after losing multiple players on their offensive line.

Despite the offense balancing out, their most productive playmaker is star wide receiver Luke Hensley, who totals with 786 receiving yards, and 13 touchdowns, according to

For the Wildcats, their bread and butter is running the ball and stopping the run as they allow 2.9 yards per carry (98.7 yards per game). They can also force turnovers with nine interceptions in their six games.

On offense, their running game starts with running back Marty Lenehan who rushed for 620 yards and seven touchdowns.