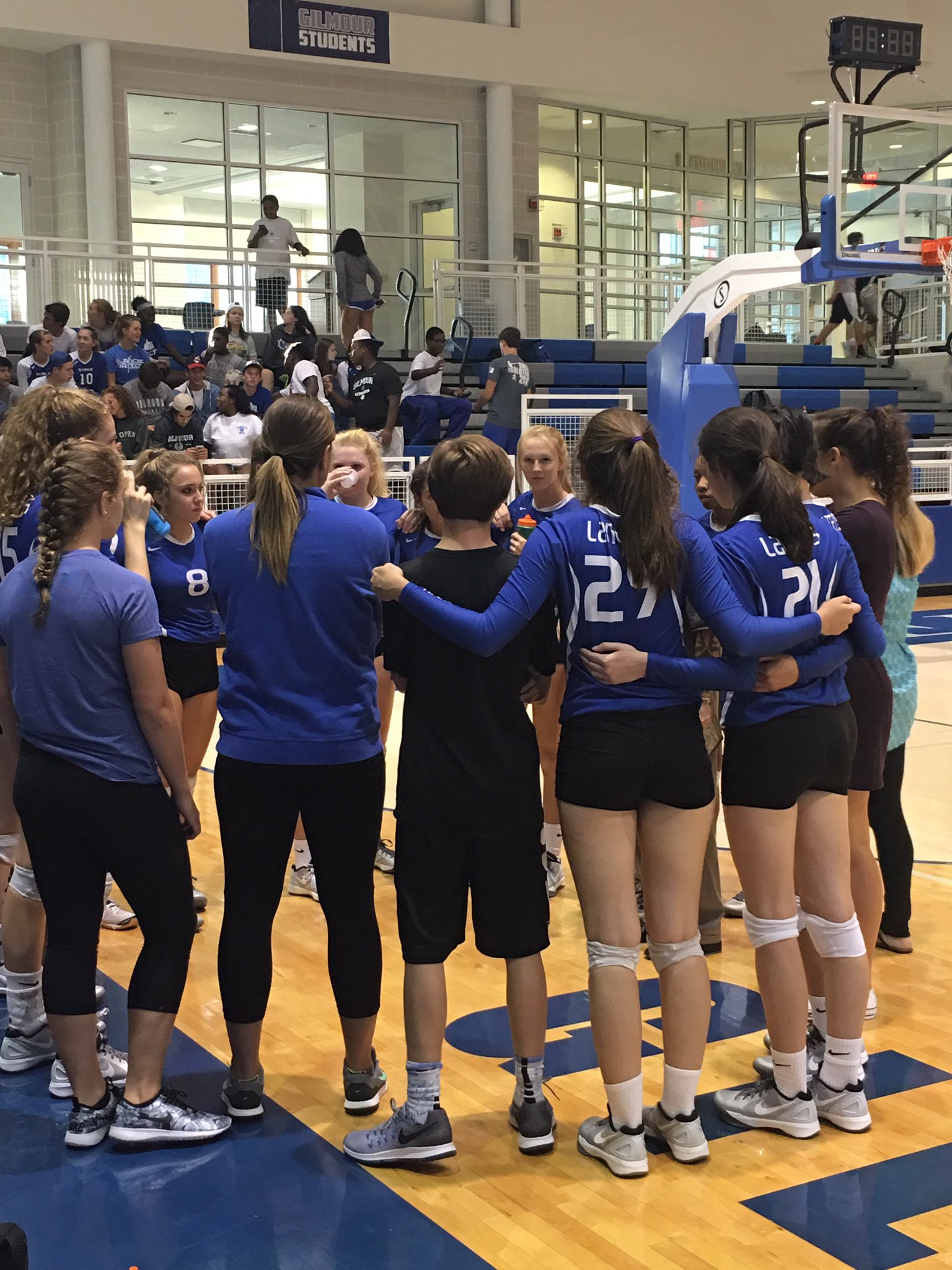 GATES MILLS, Ohio – If you were not in the stands Thursday night during the Gilmour Academy / Villa Angela-St. Joseph volleyball matchup, you missed out on an excellent night of women’s volleyball.

These two teams took each other to the limit in this match and it had to go to the fifth and final set to determine the winner. Gilmour Academy fought valiantly all the way and came out with a hard fought win against Villa Angela-St. Joseph.

The Vikings came out striking first as they gave Gilmour their first set loss of the season. It was neck and neck for a majority of the first set until Villa Angela pulled away towards the end and won it 25-19.

Gilmour Academy came out in the third set and returned to form. Battling in the early stages of the third set, they went on a five point run in the middle extending their lead to 18-10. Kills by Ng, Julia Brzozowski and a block by Forsythe sealed the third set up for the Lancers winning it 25-14.

As the sets progressed, the intensity level continued to rise as both fan bases in attendance cheered each and every point. In the fourth set it started to feel like a playoff game atmosphere. Point for point these two teams countered each other like it was a heavyweight boxing contest. Gilmour led in the final stretch 19-16, but the Vikings closed the gap to tie the game at 19. VASJ would take the lead and hold off the Lancers push to win the fourth set 26-24. On to the fifth set we go!

The fifth and final set between the Lancers and Vikings was nothing more than exciting. The Lancers struck for four Serving Aces from Ella Grbac, Katie Forsythe, Reegan Clark and Julia Brzozowski. Ella Grbac followed the Brzozowski ace with the game winning block to give Gilmour the hard fought victory over the Vikings. Hats off to both teams in this contest as both teams left it all out there on that court.

Lancers will be home for their next matchup vs. Berkshire on Saturday @ 12:00pm.