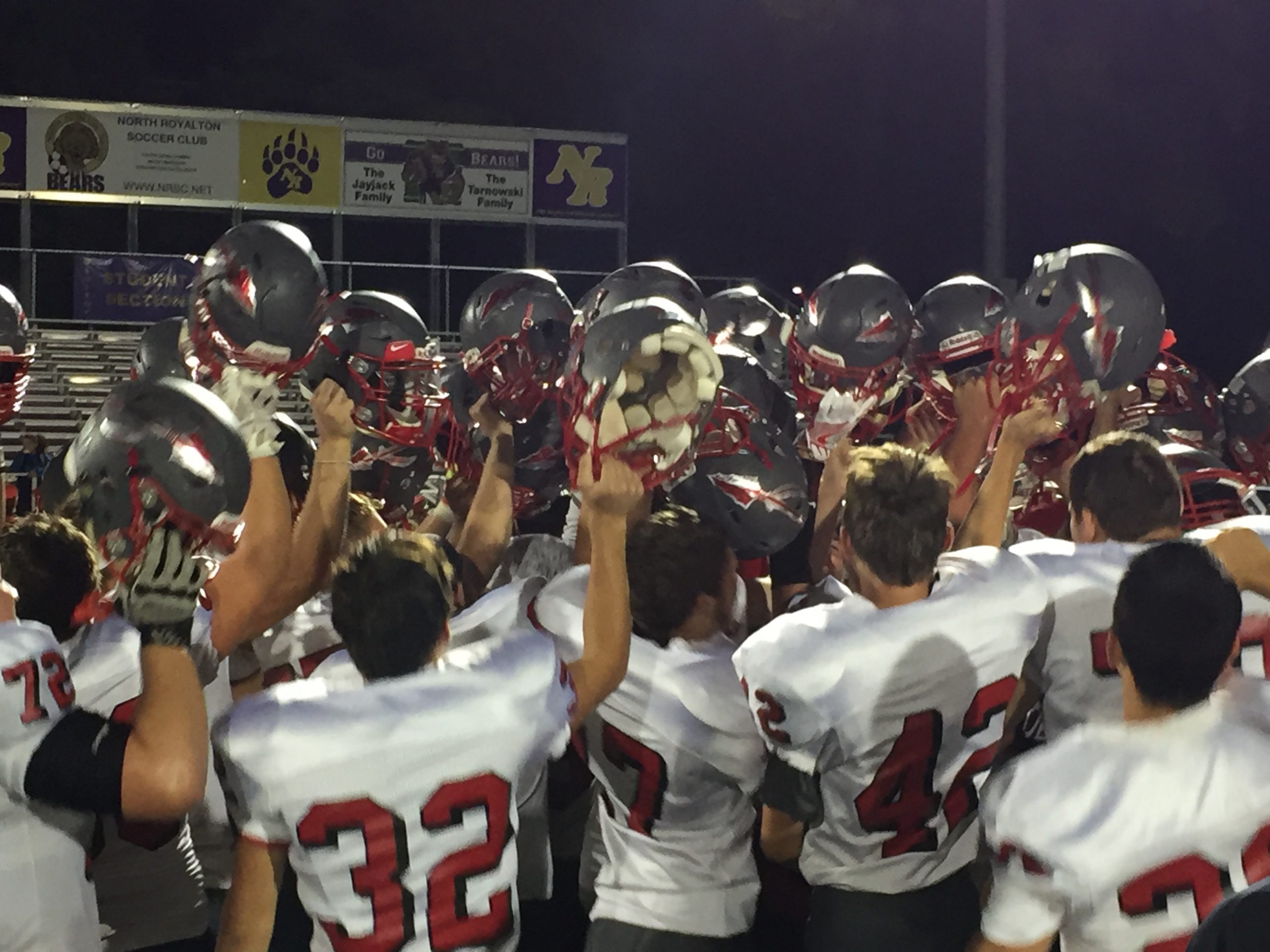 NORTH ROYALTON, OHIO – The Bears of North Royalton seemed to have it going their way after they led it 21-6 at half over the Parma Redmen at Gibson Field Friday night.

Parma though played an incredible second half, and with it evened up their 2016 record at 1-1 as they outscored the Bears 30-0 for a 36-21 victory.

Here’s a photo gallery from Serpentini Chevrolet Stadium as the Redmen and Bears went at it in exciting week two action.