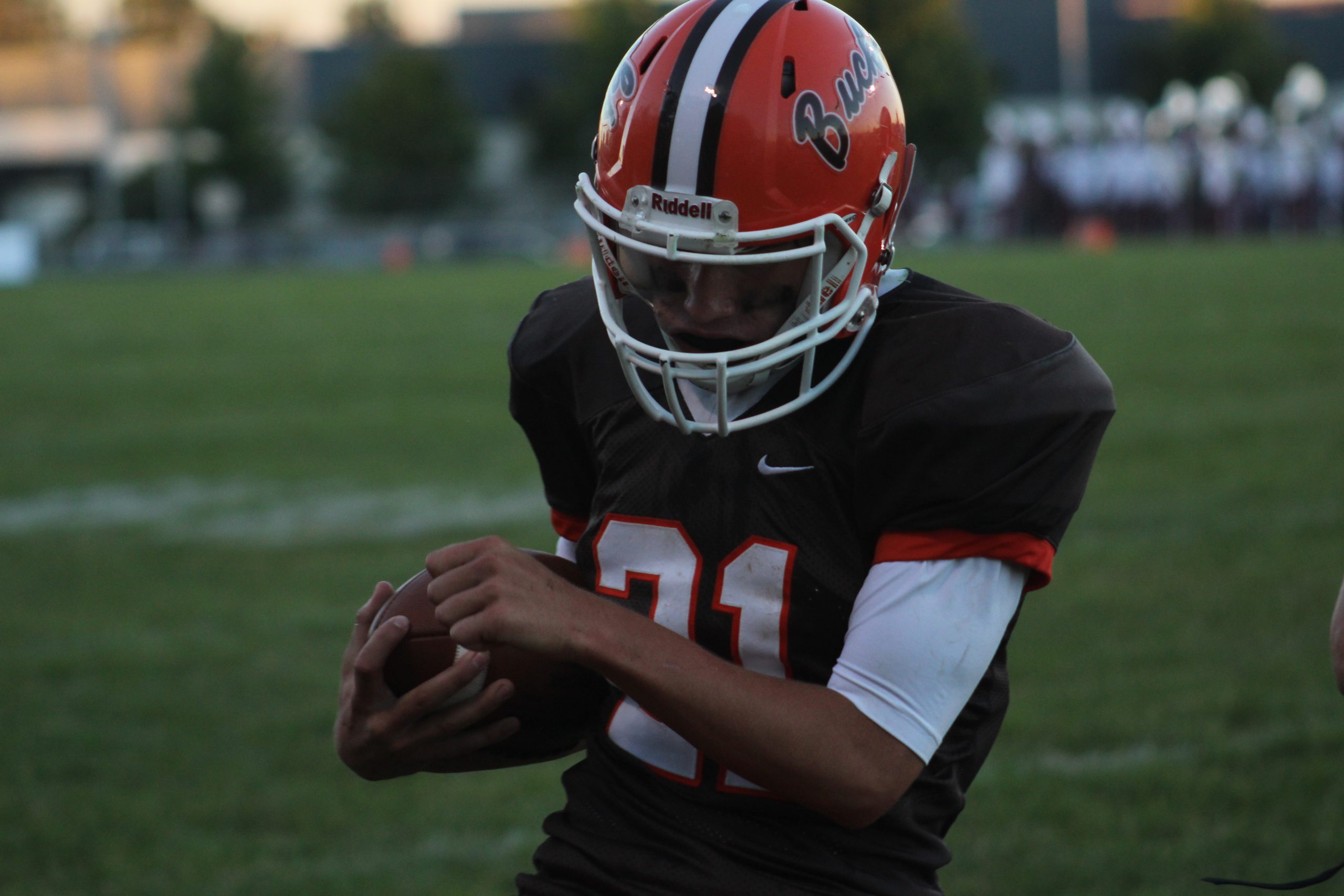 It was the home opener for The Buckeye Bucks coming off a tough loss in week one 17-14 to a formidable opponent. Rocky River coming in off a big road win walks into a hyped up crowd as The Bucks open their improved stadium seating and show off all their school spirit.

The Bucks (0-1-0) came out ready to play football as they squared off with the Pirates (1-0-0) marching down the field. 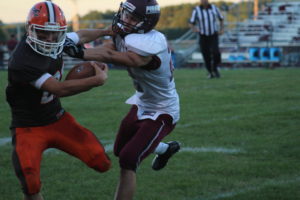 The Bucks and Pirates both worked their way up and down the field turning it over on downs leaving it tied at the end of one after a missed field goal from the Rocky River kicker; 0-0.

There was no shortage of offense on either side of the ball, however careless ball handling put River in bad field position after The Bucks scored a 28 yard field goal with 8:46 remaining in the second.  Buckeye scores a  TD 10-0 with 1:56 left in the half. 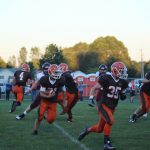 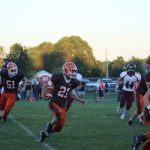 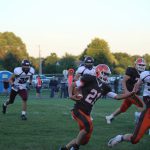 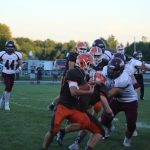 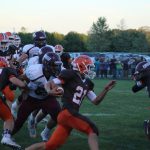 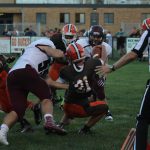 The following drive resulted in a turn over on downs after a long return by Rocky River. The tough defense of Buckeye and relentless pursuit kept the Pirates flat their feet going into the locker room at the half.

Second half started off with River possessing the ball driving down field but being held to a punt. The punt was fumbled by The Bucks recovered by the Pirates and they continued their drive ending up still scoreless and giving the ball back to Buckeye on their own 10.

Rocky River fired right back with a burst of energy and momentum change bringing the score up to 17-7 after a touchdown pass with 2:39 to go in the the 3rd.

One swift movement of the offensive line of The Bucks and it was off to the races! 90-yard run right through the middle and up the far side line to make the score 24-7.

The Buckeye defense stepped up in the second half and kept Rocky River against the ropes for most of the second half. Making  River throw under pressure resulting in 2 INT’s that The Bucks were able to capitalize on ultimately bringing the final score to 27-7 Buckeye (1-1-0) over River (1-1-0) in the PAC12. 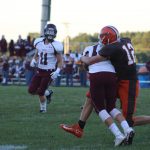 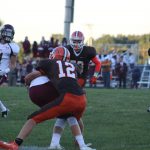 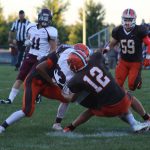 The offensive coordinator for Buckeye said that he was impressed with the way the team rallied around one another all night and how the defence shut River down to win this game.
JV action at Rocky River tomorrow morning at 8:30 and JV and Varsity volleyball is away at Brookside High School 11:00 AM  in Sheffield Village.

Stay tuned to NEOSI, Fox 8, WKYC and AM 930 WEOL for continued coverage and updates on all the high school gridiron action. Follow us on Twitter @neosportsinside and David Sprouse @djhouse2011.