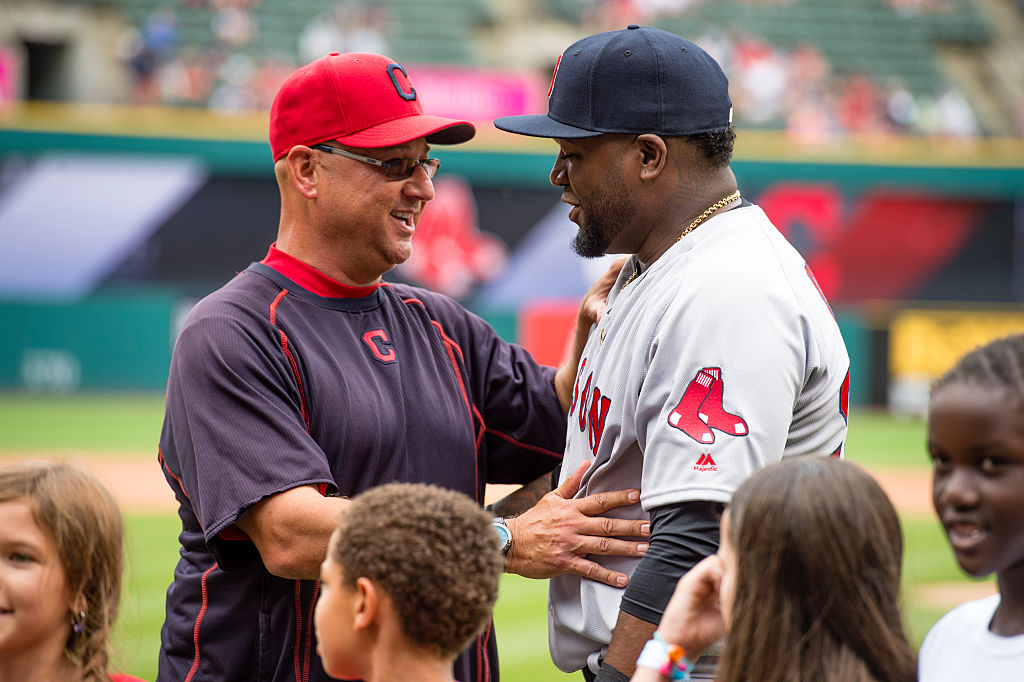 The Indians and Red Sox will do battle in a best of five series for the right to play in the American League Championship Series starting on Thursday at Progressive Field.

The two teams took the field in six games this season, with the final game being a makeup game on August 15th at Progressive Field.

You may have forgotten the other five games, since all of them were so early in the season. The two teams played to start the season at Progressive Field with a postponed game to start the season due to bitterly cold temps, and there was a rain out three days later on Thursday, April 7th that was made up Monday, August 15th.

The other three games were at Fenway Park in late May, with the Red Sox winning two of three in the series. Here’s a quick look back at the seven games between the two teams with a brief summary of each. 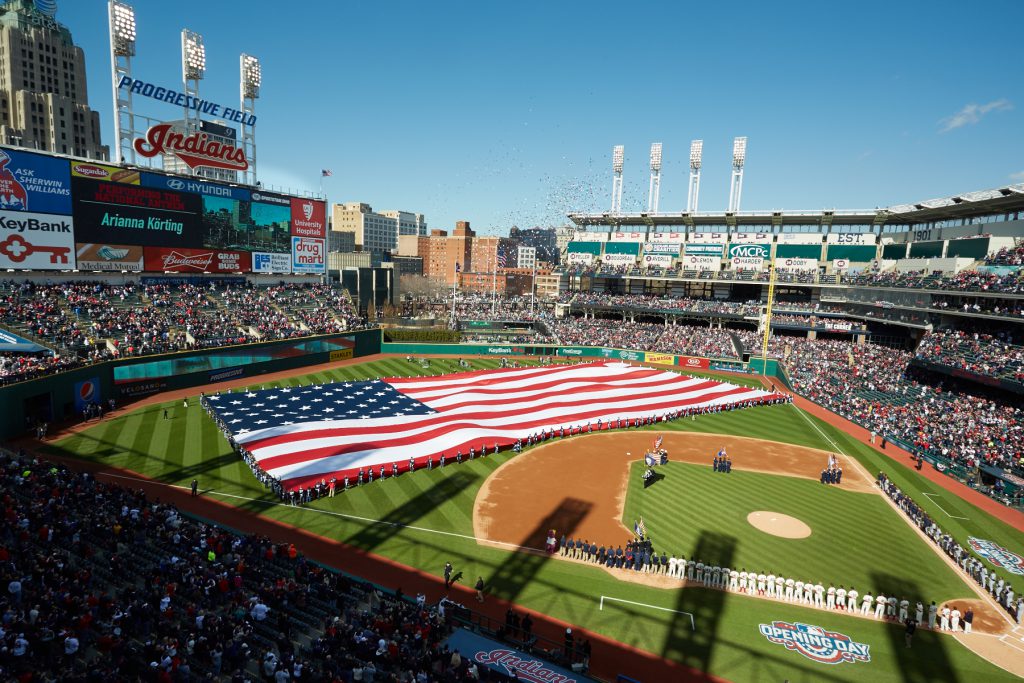 Red Sox Outfielder Mookie Betts belted a two-run homer over the wall in left field to put Boston on the board in the 3rd inning, and David Price outpitched Corey Kluber in the season opener for both teams. Kluber gave up four runs and nine hits in 5 1/3 innings, while Price struck out 10 Indians while giving up two runs on five hits in six innings. David Ortiz put the game away with a two-run homer off Trevor Bauer in the 9th. 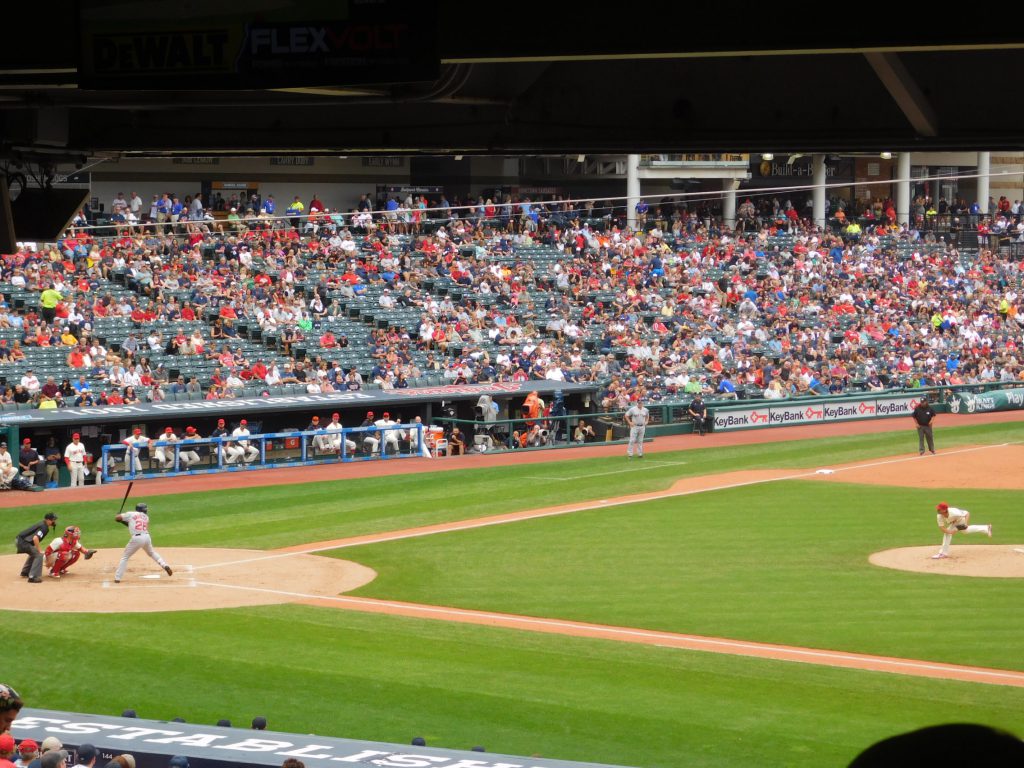 Mike Napoli broke a 6-all tie in the seventh with his solo shot into the left-field bleachers to put the Tribe up for good in their first win of the season in what was a memorable season for the Indians slugger. Cody Allen got his first save of the season when David Ortiz laced a pitch that Jose Ramirez snagged with a running catch on the warning track to save the win. Ortiz hit his second homer of the season earlier in the game. Carlos Santana hit a three-run homer and Juan Uribe had a game-tying sacrifice fly in the sixth for the Indians in their first win of 2016.

After falling behind 2-0 after single runs in the first and second, the Indians offense put up four runs in the 3rd off Clay Buchholz to gain a 4-2 victory to move to 22-17 on the season. Corey Kluber allowed the two single runs, but then shut down the Sox allowing just one hit over the next five innings before turning it over to the pen. Jason Kipnis hit a three-run homer to pace the Tribe offense. Cody Allen worked the 9th for his 10th save of 2016.

Red Sox pitcher Joe Kelly came off the disabled list and threw no-hit ball for 6 2/3 innings, and Mookie Betts had a grand slam and a solo homer, and the Red Sox beat up the Indians 9-1. Kelly blew past the Indians until Juan Uribe broke up the no-hit bid with a double to the right-center gap with two outs in the seventh. Carlos Santana homered for the Indians for their only run of the game. Trevor Bauer gave up four runs in five-plus innings to take the loss for the Indians. 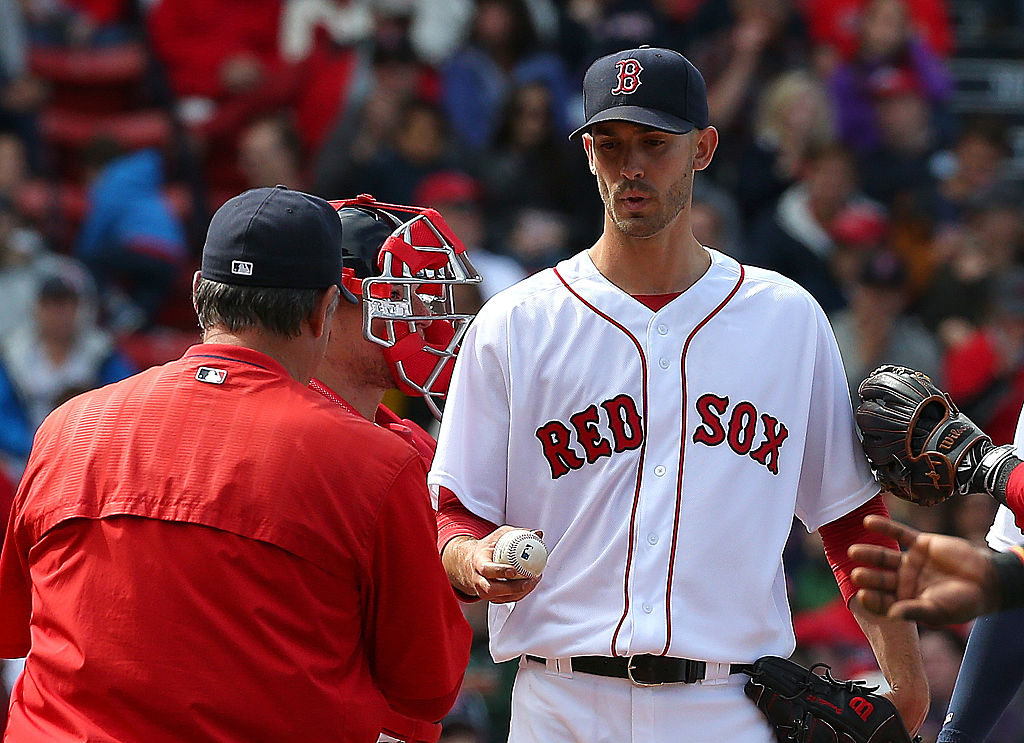 The finale of the three-game set in Boston belonged to David Ortiz, who went 4-for-4 with a solo home run and a double and three RBI as the Red Sox beat the Tribe 5-2. Jackie Bradley Jr. extended his hitting streak to 27 games in the win for Boston, which at the time put the eventual AL East Champs at 27-17. Danny Salazar gave up four runs in 4 1/3 innings. At that point in the season he hadn’t allowed more than three in a game. Rick Porcello went 5 2/3 innings, giving up two runs on five hits. Craig Kimbrel got three outs for his 12th save. 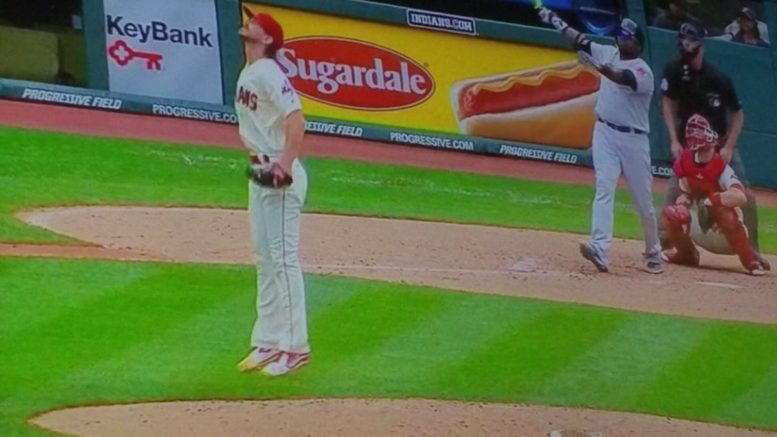 In the afternoon make-up game from the rain-out on April 7th, David Ortiz again came through with the key hit as the Red Sox beat the Indians 3-2. Josh Tomlin was sailing along in his only quality start in the month of August, but Ortiz bailed out the Sox with a towering two-run blast that put them up for good 2-1 in the 6th. Jackie Bradley Jr. hit a solo HR later in the inning to make it a 3-1 game. Former Indians first-round pick Drew Pomeranz allowed two runs and five hits in 7 2/3 innings to get his first win as a Red Sox after being acquired from the Padres. The Tribe got it to 3-2 in the 8th on a Rajai Davis homer, and in the 9th off Craig Kimbrel they made it interesting as Francisco Lindor doubled against to lead off the inning and then Mike Napoli walked. Carlos Santana and pinch-hitter Jason Kipnis struck out, and Abraham Almonte hit a drive to right that hooked foul before he popped out to end the game.