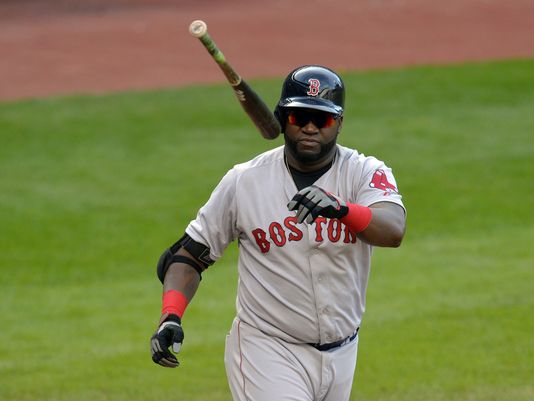 The Cleveland Indians season finally got underway on Tuesday afternoon, after Monday’s inclement weather caused the Opener to be postponed.

The Tribe hosted the Boston Red Sox and Corey Kluber took the mound against David Price in a battle of Cy Young Award Winners.

The Tribe held their own early in the game, but Price proved to be too much, and David Ortiz put the nail in the coffin with a ninth inning homer.

Kluber was great for the first two innings, but Red Sox Outfielder Mookie Betts belted a two-run homer over the wall in left field to put Boston on the board.

Mookie Betts with the first Sox dinger of 2016 pic.twitter.com/pEytrN6NQu

Price was untouchable for the first three innings, until Francisco Lindor came through with the first hit of the season for the Tribe in the bottom of the 4th.

Carlos Santana drew a walk and then Yan Gomes drove in Lindor with an RBI single to make it 2-1 in favor of Boston.

Marlon Byrd would follow that up with a sac fly RBI to tie the game, driving in Santana to make it 2-2.

The Tribe looked to have a great opportunity in the bottom of the fifth, but Betts, who already hit a two-run homer, robbed Juan Uribe of extra bases with a spectacular, leaping grab in right field.

Brock Holt broke the tie with an RBI single in the top of the 6th, to give Boston a 3-2 lead.

Kluber would then throw a wild pitch with runners at the corners, giving Boston their fourth run of the game.

His outing would come to an end with 5.1 innings pitched, allowing four earned runs, with five strikeouts.

Jeff Manship worked out of trouble, getting Betts to ground into an inning-ending double play to keep it a two-run game.

Price kept his great game rolling, as the Tribe’s offense could not get going aside from the fourth inning.

Price made Mike Napoli strikeout victim number ten to end the sixth inning. That would be the end of Price’s day, in which he allowed just two earned runs on five hits.

Neither side could score for the next two innings, as Junichi Tazawa and Koji Uehara held down the fort for Boston, while Ross Detweiler and Joba Chamberlain did the same for the Tribe.

Trevor Bauer would make his season debut out of the bullpen in the top of the ninth, with the Tribe trailing 4-2.

Bauer walked the leadoff man, struck out the next batter, and then David Ortiz promptly took him deep to right field for a two-run bomb.

It was Ortiz’s last Opening Day of his career.

Craig Kimbrel would come in for Boston in the bottom of the ninth with a four-run lead and nail down the victory.

Price got the win, Kluber got the loss, and the Tribe mustered five total hits on the afternoon.