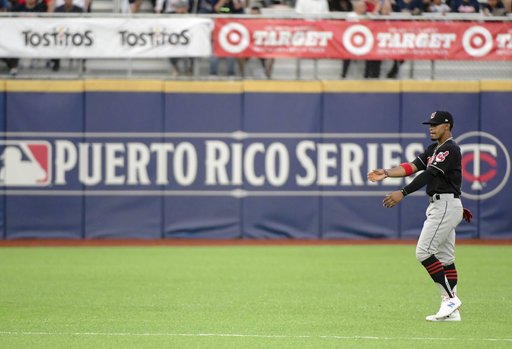 It was a historic night for the Indians, and even more so for Indians shortstop Francisco Lindor, who was already having the time of his life playing just 20 miles from his hometown of Caguas.

The shortstop is the superstar of the two-game series against the Twins, and Monday night he made it even more special, opening the scoring in the game going deep in the 5th inning, and as expected sent the crowd into another level when the ball left the park.

Here’s a pair of tweets from the magical moment:

Here’s another view of the hometown hero’s HR with some serious Puerto Rican flavor: pic.twitter.com/YFhc83aGWH

Twitter React to the Moment was pretty special as well:

Baseball is always about the stories…ALWAYS. This is a story about a country that’s almost built around the game of baseball, and tonight, in not a small way, is getting rebuilt by baseball. What a great moment. ??#Indians #FranciscoLindor

Francisco Lindor homers and Puerto Rico wins the World Baseball Classic… or, at least, that's what it sounds like here. Mayhem.