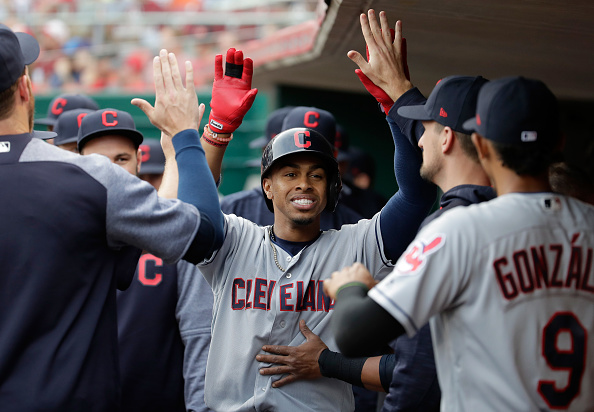 Major League Baseball released their first ballot update for the American League on Wednesday afternoon, and there was plenty of good news for the Indians.

Francisco Lindor is currently the leading vote-getter for shortstops by a wide margin of nearly 350,000 votes. In fact, Lindor’s voting gap is the biggest gap at any position. In second place is Carlos Correa of the Houston Astros.

Edwin Encarnacion is in second place for the designated hitter position, behind Seattle’s Nelson Cruz.

Rounding out the outfielders in the first voting update are Michael Brantley in fourth place, Lonnie Chisenhall in eighth place and Abraham Almonte in ninth place.

The full list from the first ballot update can be found in MLB Communications’ tweet below, and the second American League voting update will be released next Tuesday. All-Star voting ends on June 29th.

Tribe Top A’s 9-4 Behind Bauer’s Career Night; Three Takeaways from the Win
Another ‘Major League’ Movie in the Works? Will the Indians Be the Focus Again?