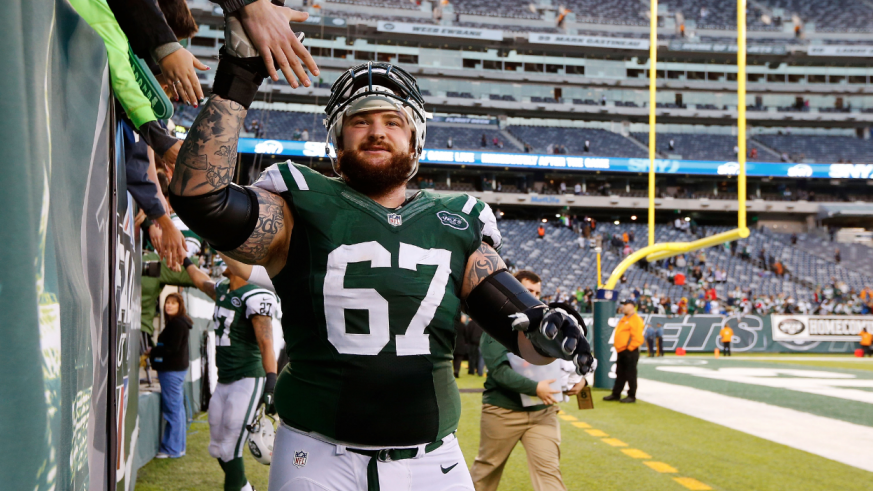 Former Kent State Golden Flashes guard Brian Winters has made a name for himself now in the Big Apple as a starter for the New York Jets.

The former Hudson Explorer was All-Ohio and All-Northeast Ohio Conference during his senior season, and after a solid career with Kent State he went on to get drafted in the third-round by the Jets in the 2013 NFL Draft.

Winters is in the headlines today for more than just playing football, and that’s due to his unorthodox way of getting ready for training camp.

The Jets lineman has put out a video battling a truck – a truck that weighs 3,800-pounds. Yes, Winters went head to head with a Ford pick-up truck, pulling it around Kent State.

The University posted a workout video of Winters – just check out the 15-second mark where the guard pushes the truck, a crazy feat that not many could pull off.