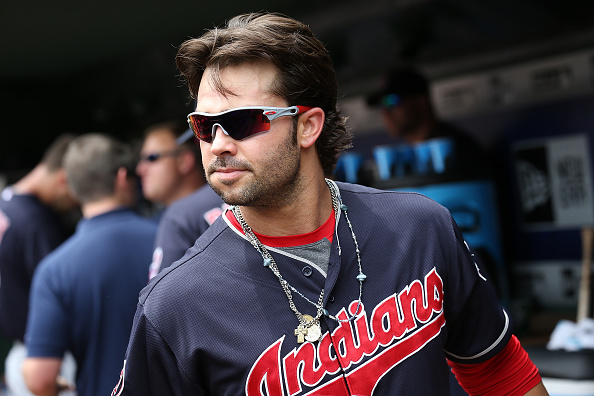 When the Indians inked former Ohio State star Nick Swisher in free agency in the winter of 2013, he was supposed to be the face of the rebirth of the franchise with new Manager Terry Francona and the organization finally trying to reach the heights they had in the mid 90’s.

Instead, Swisher was more bravado than anything else, and many fans were clearly off the Swish bandwagon by the time the team was somehow able to trade him to the Atlanta Braves in August of 2015. 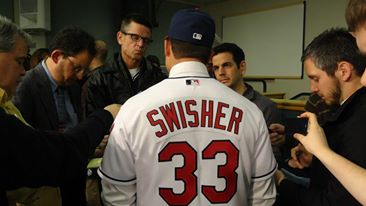 In 272 games with the Indians, Swisher hit .228 with 32 homers and 113 runs batted in, but was known mostly for being hurt, appearing in just 97 games in his second year with the club, 2014, after inking a four-year, $56 million contract with the team.

The Braves took Swisher along with Michael Bourn off the Indians hands in a deal that shed both of the big name free agents they inked in the winter of 2013, making a deal with the Tribe on August 7th of 2015 for Chris Johnson.
He looked to make a comeback with his old team the Yankees last season, but never appeared in a Major League game.

Now he will join Fox as Studio Analyst and likely you will get tired of hearing him say ‘bro’ 50 times or more per broadcast.

For Indians fans, he’s a free agent footnote in history of a player that never lived up to the hype.

SWISH! Congrats on your retirement & a great career, @NickSwisher!

Video: University of Arizona Baseball Team Give Props in Recreating Scene from “Major League”
Should Indians Fans Have Concern Over the Approach the Team is Taking with Kluber?