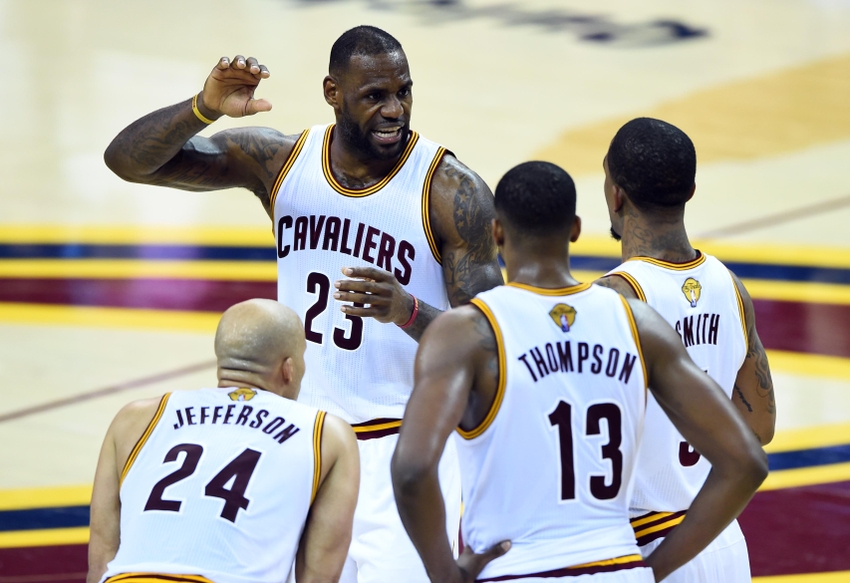 Leave it to former Cavalier Richard Jefferson to share some humor around the next decision coming for LeBron James and where he’s going to be playing in 2018 and beyond.

Jefferson, who is never afraid to use his humor to get a point across, went on his Snapchat account Wednesday afternoon to ‘announce’ that he and LeBron James are no longer ‘friends’ and to tell fans to stop asking him where ‘The King’ is going to be playing next season. 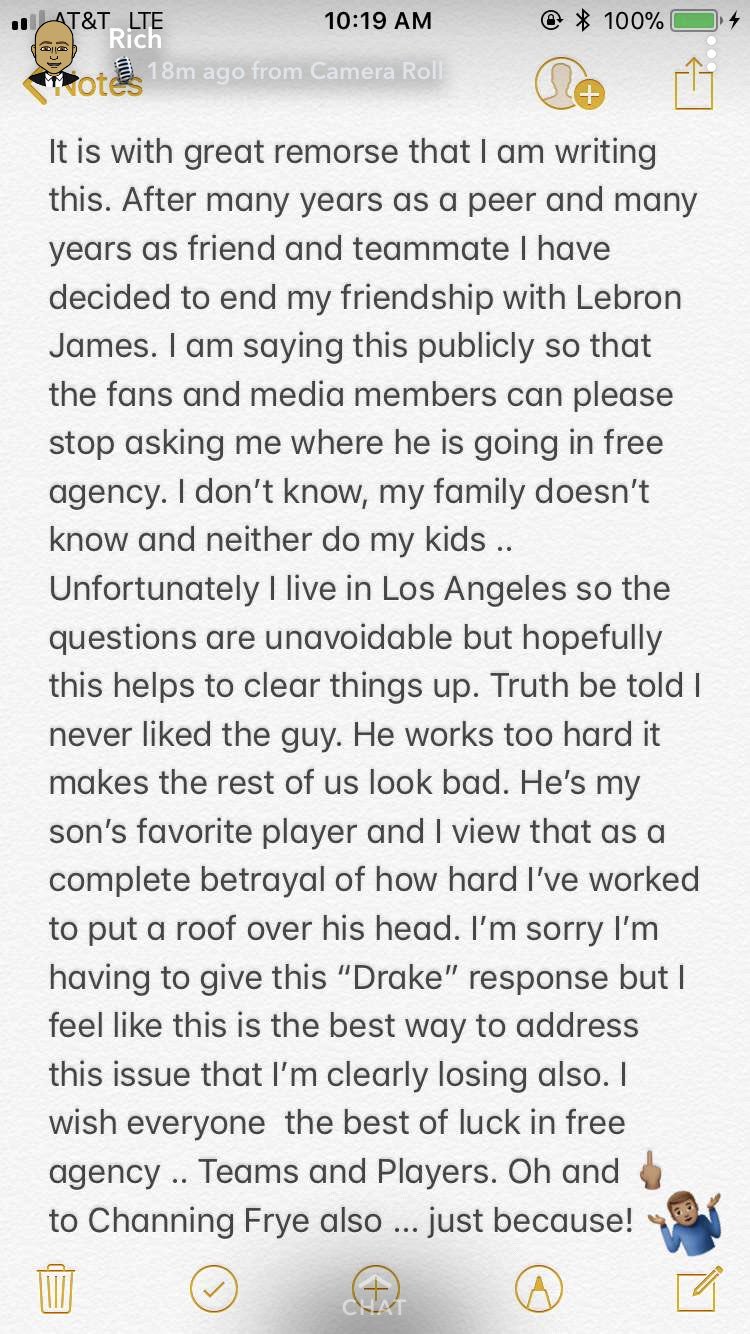 Of course Jefferson, if you couldn’t tell in the post, was just kidding, and he and LeBron are still buds on and off the court.

He does have a point though that James does always seem to work harder than other players, which is why he’s the best in the league in what he does.

If you missed it, LeBron is reportedly going to announce via the new trailer for ‘Space Jam 2’ as to where he’s going to play next season.