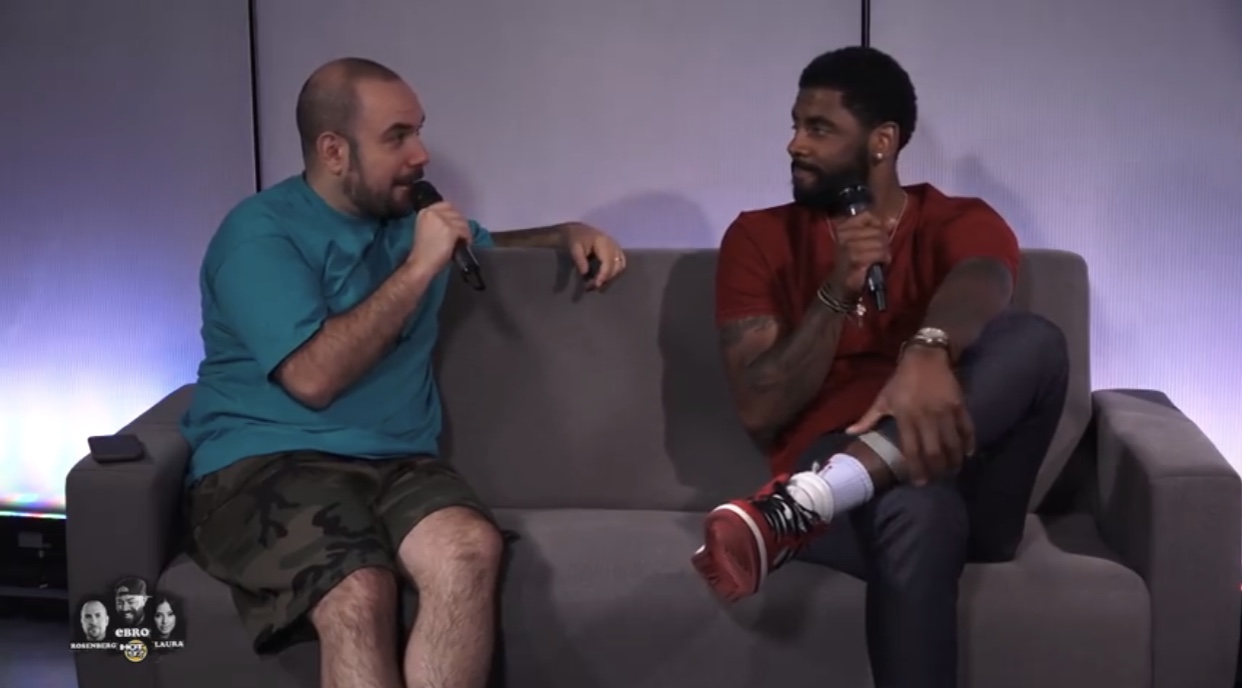 Boston Celtics point guard Kyrie Irving was on HOT 97 on Wednesday morning for a press run about his upcoming movie “Uncle Drew”. The summer film hits theatres on June 29th, the same day that is the deadline for LeBron James’ decision to opt-in to his contract with the Cleveland Cavaliers or not.

“I was happy for him,” Irving told the HOT 97 crew upon seeing that Harden won the award.

But then Irving was asked if he felt it was the right call.

Irving, who spent three seasons with LeBron in Cleveland, has been asked countless times about his former teammate since last off-season’s trade that sent him to Boston. Irving seemingly wants to buck that trend of having his interviews hijacked by questions surrounding LeBron but couldn’t do so here.

HOT 97 took the interview with Kyrie to a route that most like to travel down. Is LeBron better than Michael Jordan?

“No, I would say that he’s in his own lane, man, said Irving. “All of those comparisons are fun to talk about. It’s just how intense it gets.”

“We’ll definitely be up there. I mean, we definitely have the names on paper. Now it’s just finding that cohesion on the floor translating.”

One of the show’s hosts, Ebros, then reminded Irving about the daunting task of dethroning LeBron, should he stay in the East.

Space Jam 2 And LeBron’s Decision? Report Says That’ll Be The Case For Decision 3.0
Former Cavalier Richard Jefferson (As Only He Can) Says He and LeBron Are Not ‘Friends’ Anymore