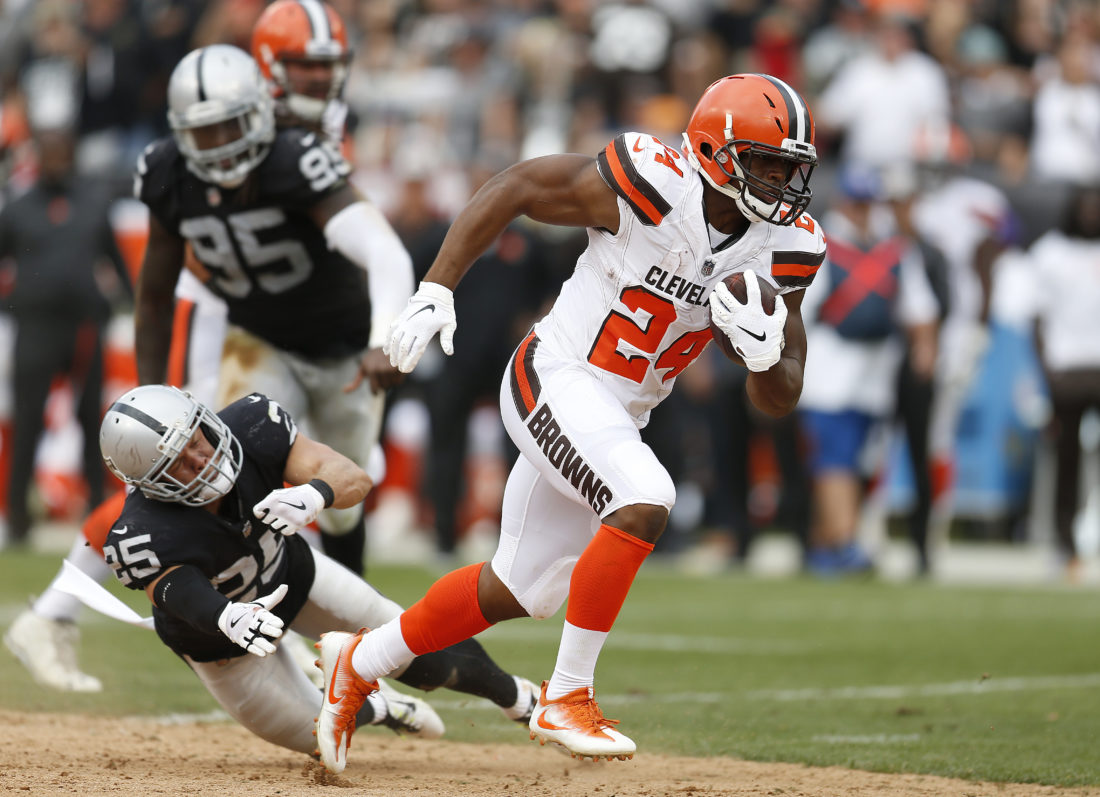 The Baker Mayfield craze is now in full effect but there’s another rookie fans should be hoping gets more playing time. The Browns second round running back, Nick Chubb has been impressive in limited action.

Chubb has played in all four games so far this season but has only received 10 carries. Even with less than a dozen carries he’s racked up 146 yards and two touchdowns.

Here’s five reasons he should be ahead of Carlos Hyde.