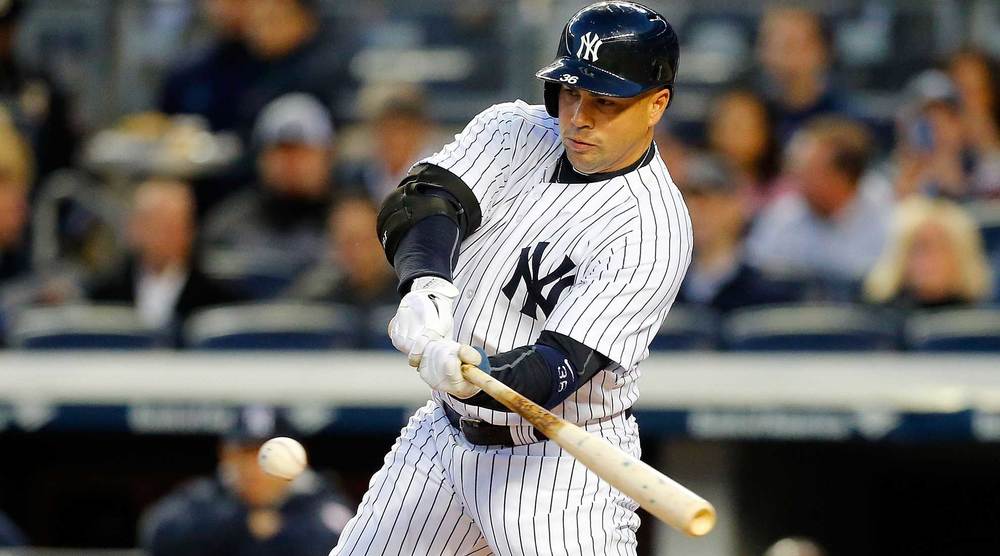 Twitter can be a very dangerous place this time of year with trade deadline talk circling all over the place, and it’s not a surprise to see people (even in the media) get duped by fake accounts.

That was never more evident than Thursday night when an account claiming to be ESPN baseball insider Buster Olney faked out a number of people, including someone in charge of the scoreboard at Target Field in Minnesota.

Source: #Indians have acquired OF Carlos Beltran from #Yankees in exchange for Mike Clevinger.

Most caught the fact right away it was a fake account – minus someone in Minnesota – who put this on one of their side scoreboards:

Maybe the most interesting thing of the mistake was the fact that the person also reported that the New York Mets acquired Will Smith, a relief pitcher from the Brewers that the Indians have reported to have heavy interest in.

So for now – no deal has been made with the Indians, or with anyone else involving Will Smith or Carlos Beltran.

For those that are quick to re-tweet fake accounts – just remember – always look for the blue check mark.

I know how that scoreboard operator in Min feels

UPDATE 10:05pm: As @TheKardiacKid pointed out to me via Twitter – the timeline of events from the story of the scoreboard operator falling for a fake tweet appears to be reverse.

It was the scoreboard in Minnesota that FIRST reported the Indians acquired Yankees OF Carlos Beltran – and then the fake Buster Olney account reported it – which as of this writing was retweeted 45 times.

Thanks to @TheKardiacKid for his assist in the story. 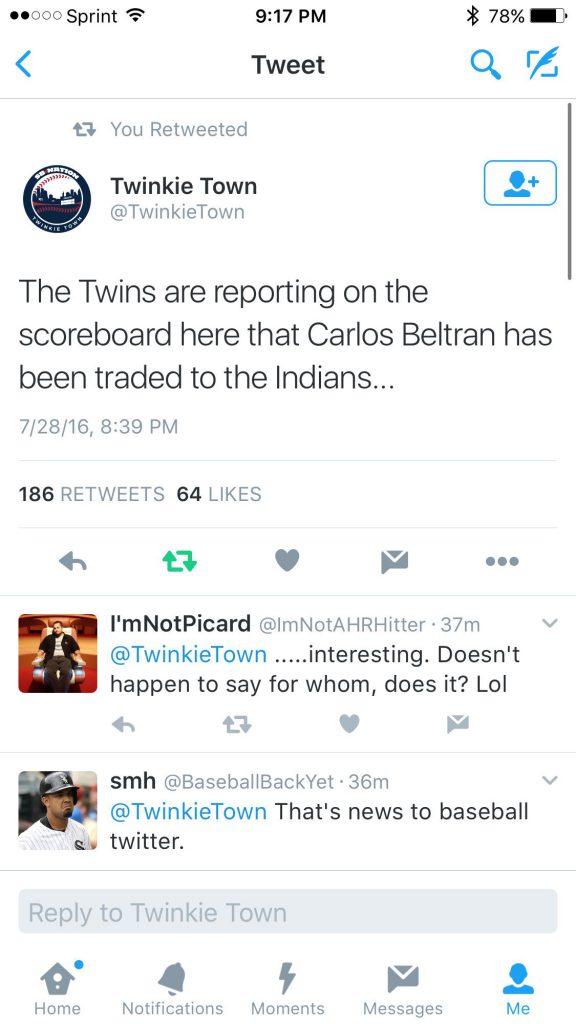 In ANOTHER development – even the Indians twitter account is getting in on the fun at this point.

The Latest on Lucroy: Not in Brewers Lineup, Trade Talks Have “Intensified”
Twins Move All-Star Eduardo Nunez to the Giants; Indians Had Interest in 3B