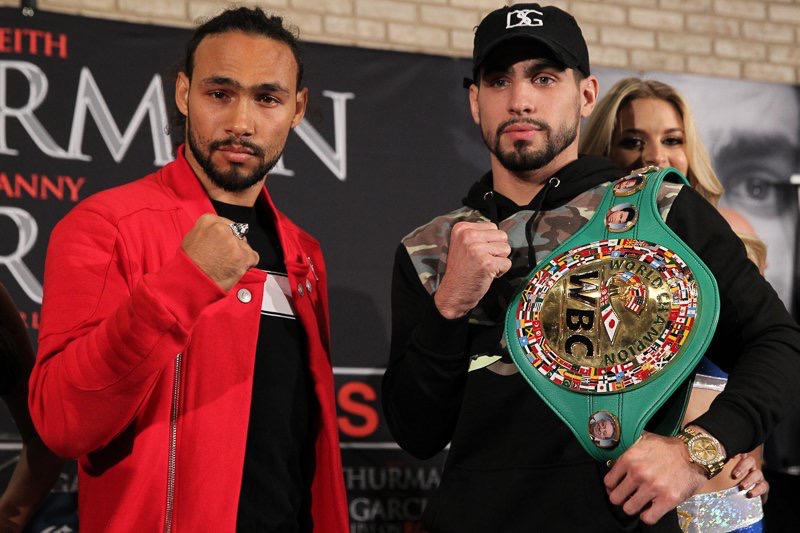 In a night where the UFC will take center stage on Pay Per View, the Boxing World will give a way an excellent fight on free TV courtesy of CBS.

Tonight, on CBS, starting at 9pm EST, two of the brightest young boxers in the world will collide when Danny Garcia takes on Keith Thurman.  Both men are undefeated and obtain several big victories on their record.  This is very rare for CBS and should show you just how big this fight is as it is only the second time they have done a boxing event in Prime TV on CBS since 1978.

These are the types of Mega Fights that Boxing needs to put itself back on the map.  The fact that they are putting it on free television is very smart.

Garcia is a two-weight world champion, having held the WBC welterweight title since 2016, and previously the unified WBA (Super), WBC, Ring magazine, and lineal light welterweight titles between 2012 and 2015.

His opponent, the American Keith Thurman has held the WBA Welterweight title since 2013 and is also undefeated.  Thurman is fresh of the 2016 bout of the year candidate against Showtime Shawn Porter, a match he won in dramatic fashion back in June.

Tonight’s super fight has the potential to place boxing back on the map.  Time will tell……