Eagles Improve to 9-0 due to Great Special Teams and Defensive Performance, Defeat Moeller 31-7 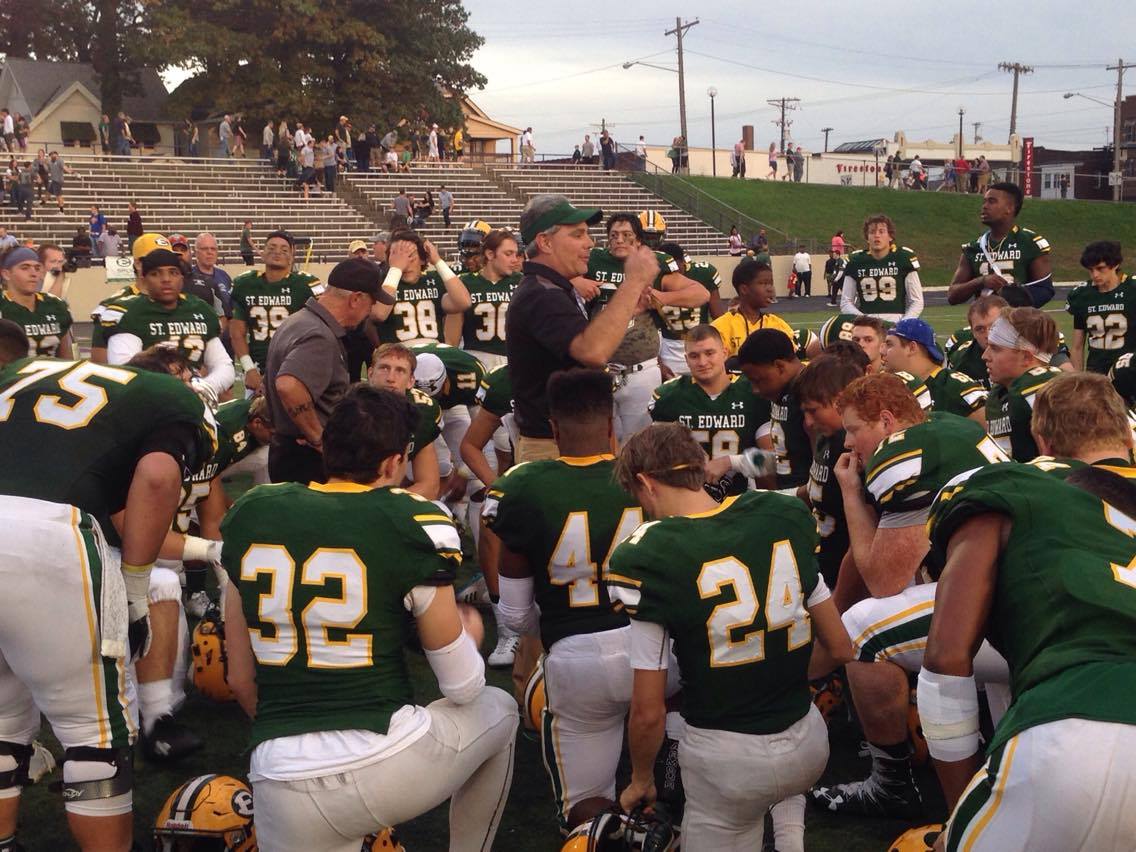 ***Saturday Afternoon’s game between the St. Edward Eagles and the Cincinnati Archbishop Moeller Crusaders is sponsored by YUZU Lakewood. YUZU Lakewood is located at 13603 Madison Ave. Lakewood, OH. You can also contact YUZU Lakewood at (440) 799-8343.

LAKEWOOD, Ohio– Heading into Saturday afternoon’s matchup between the St. Edward Eagles and the Cincinnati Archbishop Moeller Crusaders, the Eagles came in with a perfect record of 8-0. The Crusaders came in with a record of 4-4 but recently defeated the St. Ignatius Wildcats last weekend.

This was the 20th matchup between both teams. St. Edward leads the series 10-9 with seven consecutive victories over the Crusaders.

To start off the game, both the Eagles and Crusaders went three and out. The first quarter was an interesting one with both powerful defenses trying to prevail over the opposition. The first 1st down did not come until there were about three minutes left in the first quarter, courtesy of the St. Edward Eagles. The Eagles eventually took the lead with 1:46 left in the opening quarter when Tylan Rice had a 13-yard run TD that got the Eagles on the board first.

The Crusaders began the second quarter with the ball on the Eagles 43-yard line and looked to be threatening. All of that came to a halt though once the Eagles defense forced them to kick a field goal on 4th down. The Crusaders were looking for three, but Richard White had a different idea. White blocked the 28-yard Crusader field goal attempt and prevented Archbishop Moeller from getting on the scoreboard. The blocked kick was White’s third blocked kick of the season.

With both defenses going back and forth it was very difficult for each time to score once again until there were 48 seconds remaining in the half. Zach Kincaid threw a 59-yard TD pass to Quintel Kent to give the Eagles a 14-0 lead going into the half.

St. Edward only allowed Moeller to average 1.20 yards per first down play in the first half. Meaning that the Eagles defense was stopping the Crusaders on first down. Oddly enough, the Eagles only ran one play in Crusaders territory, that play was for 13 yards (Tylan Rice run TD).

In the third quarter, the Crusaders defense appeared to be worn down. The Eagles scored in the 3rd with 7:53 remaining when Garrett Dzuro connected with Kent for a 19-yard touchdown pass. The Eagles extended their lead to 21-0. After a brief offensive drive from Moeller, the Eagles forced Moller to punt.

That punt lead to a 62-yard punt return touchdown from Devin Maddox.

Before the 3rd quarter was over, Blaine Stencil added a 24-yard field goal that gave the Eagles a 31-0 lead over the Crusaders.

The fourth quarter went rather quick due to the Eagles maintaining a lead over 30, meaning that the running clock was in effect until the Crusaders scored their first points with 2:33 remaining in the final quarter. The Crusaders scored when Mitchell McKenzie threw a 32-yard TD pass to Eric Wills, cutting the Eagles lead to 31-7, preventing the Crusaders from being shut out.

Following the Eagles 31-7 victory, St. Edward improved to 9-0 on the 2017 season. The Crusaders fell to 4-5 on the year following the loss. The Eagles finished the game allowing an average of 2.95 yards per first down play. The Eagles defense only allowed 135 yards, making the Crusaders average 2.93 yards per play.

Devin Maddox had the following to say about the Eagles performance on special teams this afternoon:

“We really have to go back to practice, we go through special teams every day, that is one of the first parts of practice. Our coaches tell us every week that special teams is important and it can kill a teams enthusiasm and we executed today.”

Maddox also commented if he thought having a nice return on a kickoff to start the 3rd quarter helped him break for his punt return TD:

“I saw that I was getting the edge and was getting some good blocks. I thought next time I have to break it and couldn’t get caught anymore.”

Devin gave his thoughts on what was going through his head during the 62-yard punt return touchdown:

“Just score and don’t let the punter catch me. I got loose and I had a great block from Richard White and the rest was history.”

Maddox lastly gave his thoughts on facing St. Ignatius next week and how much it means:

“It means a lot. The 2018 Class hasn’t beaten St. Ignatius yet. We are going to come out, we are hungry, it will be a hard fought game but we are ready.”

“Our special teams are very important to us. We really go to work every day and work hard at it every single day. I feel like every time we come out and we block field goals and return kicks it changes the whole complexity of the game.”

White also commented on blocking his 3rd kick of the season and how he has been able to do it: 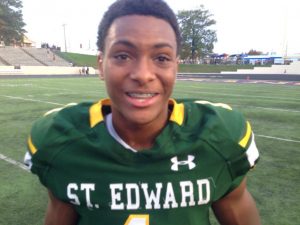