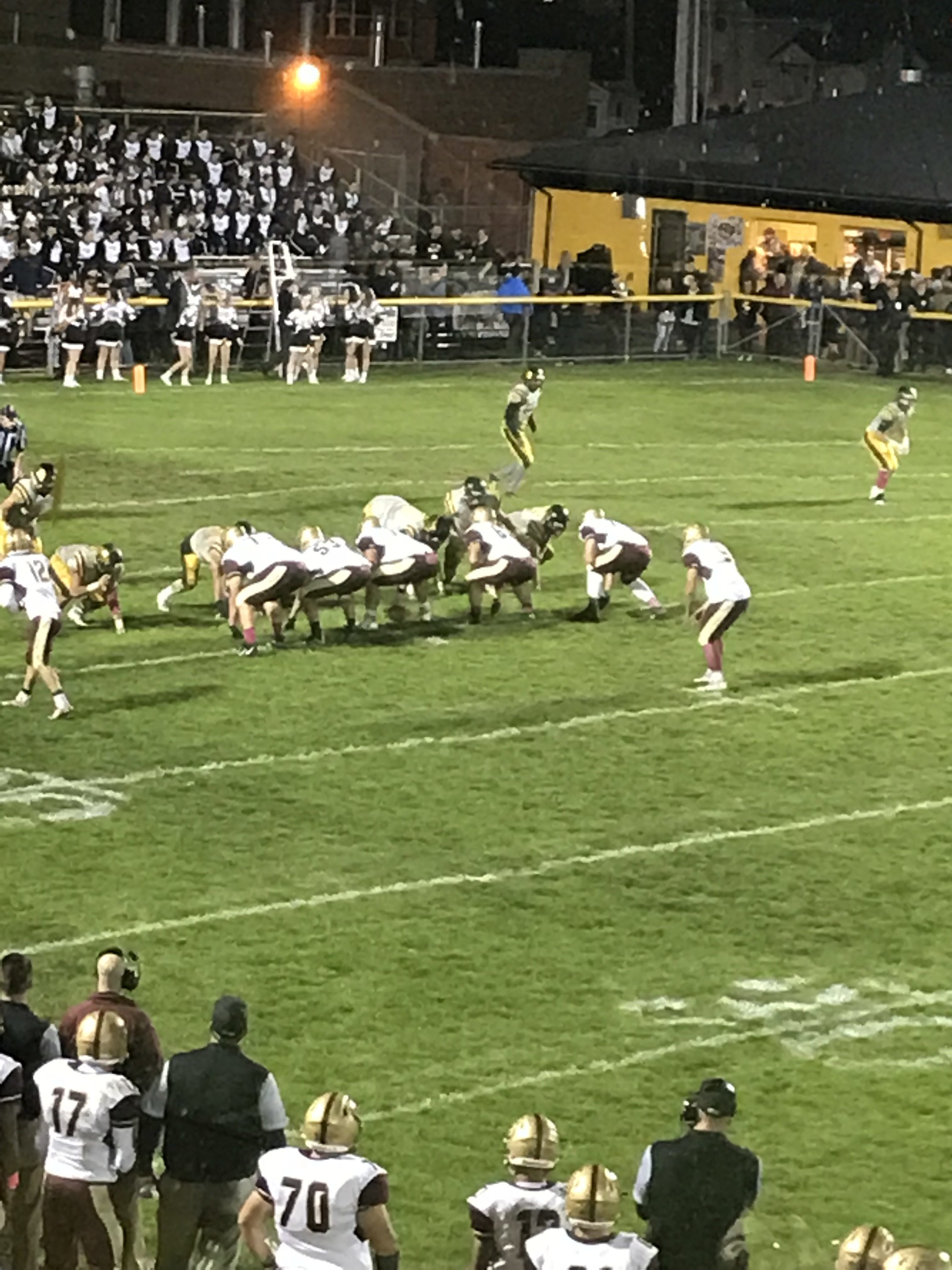 CUYAHOGA FALLS, OHIO – The Black Tigers of Cuyahoga Falls (0-8, 0-5) looked to get their first win of the season against familiar conference foe, The Stow-Munroe Falls Bulldogs (7-1, 4-1) on senior night. Unfortunately The Bulldogs had other plans.

The Bulldogs dominated from the opening drive. After forcing The Black Tigers to punt on their first possession, The Bulldogs reminded everyone how tough they are to defend.

Running backs Jerrid Atkinson Jr. and Bryan Devitis had back-to-back runs of 29 yards and 14 yards, capped off by a 30-yard touchdown run by Atkinson Jr. and after the PAT, the Bulldogs had a 7-0 lead.

From that moment on the only category the Black Tigers won was the penalty count.

Cuyahoga Falls had plenty of opportunities on offense to score, being that they had eight first half possessions. The only problem was Stow also had eight possessions and scored on six of those drives.

By halftime the score was 37-0 after The Bulldogs scored three straight times connecting on a 40-yard FG, a 25-yard Atkinson run and an 18 -ard Devitis dash for a score.

What really stood out in this game though was the dominance of The Bulldog offensive and defensive lines. Cuyahoga Falls running back James Cross and QB Ben Kinked were constantly tackled behind the line of scrimmage all game.

While Bulldog runners had open holes all game. Stow ended up victorious 51-6 and improved to (8-1, 5-1) and will Brecksville-Broadview Heights next week.

The Cuyahoga Falls Black Tigers still remain winless (0-9, 0-6) and will look to finish the season on a high note next week against North Royalton.

Field Goal at the Buzzer Lifts Fairview to Stunning 15-14 Win Over Columbia
Huge games on the Saturday docket. Which one will have your viewing attention?