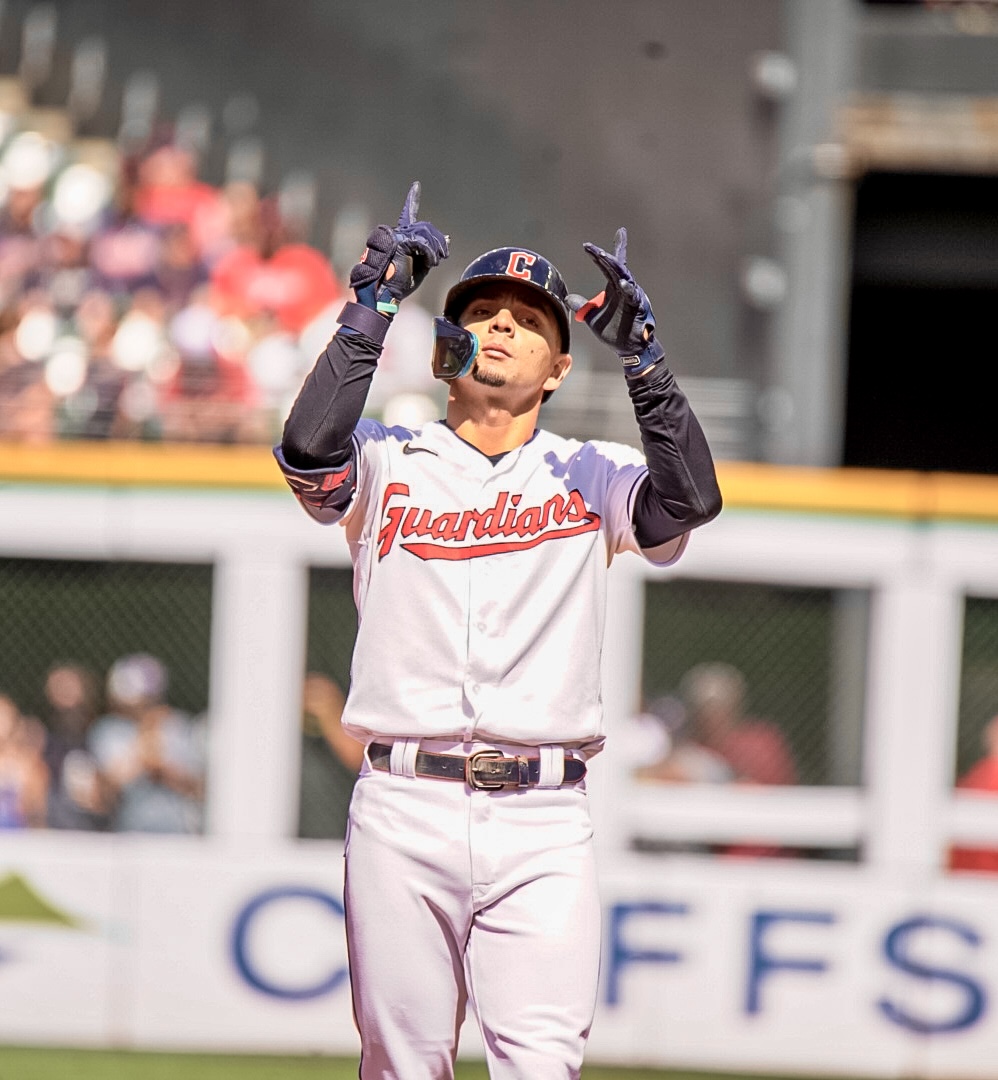 The Guardians opened their homestead with a traditional doubleheader against Detroit. The Tigers entered the four-game series with a seven game losing streak. Cleveland was coming off a 5-1 road trip.

Aaron Civale took the mound for Cleveland. The Guardians were undefeated in Civale’s nine career starts against Detroit. He gave up a run in the first when Riley Greene scored on a RBI groundout by Harold Castro. Civale settled in after that, retiring 16 of the next batters. He finished the day going six innings, allowing one run on three hits and fanning 10. That marks Civale’s second career double digit strikeout game.

Skipper Terry Francona was pleased with what he saw from Civale:

“[Civale] was one pitch into the game and he’s pitching out of the stretch, which isn’t the easiest thing,” Francona said. “But then he gathered himself. I thought he spun the ball really, really well. And after that first inning, he pitched really good. It was a good day to pitch. There were some balls hit on both sides that were pretty good that didn’t leave the ballpark.”

The game was knotted at one in the seventh as Andres Gimenez approached the plate. There were two on and two outs. Gimenez hit a 410 ft blast off Detroit’s reliever, Andrew Chafin, to put the Guardians up 4-1. 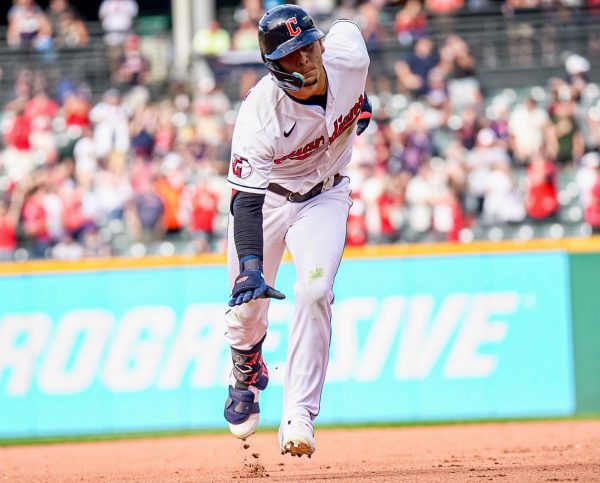 James Karinchak came away with the win and Emmanuel Clase picked up his American League leading 27th save. 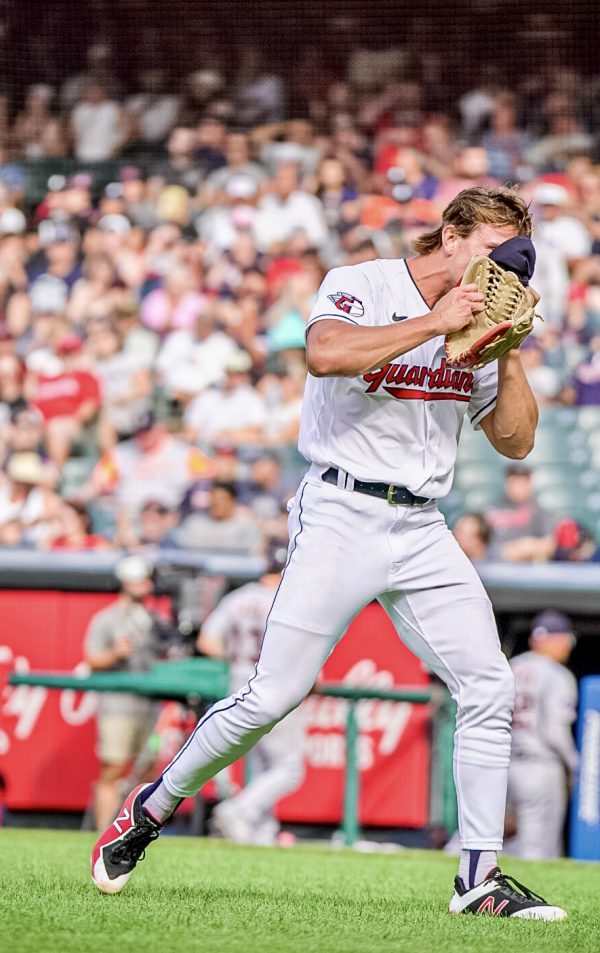 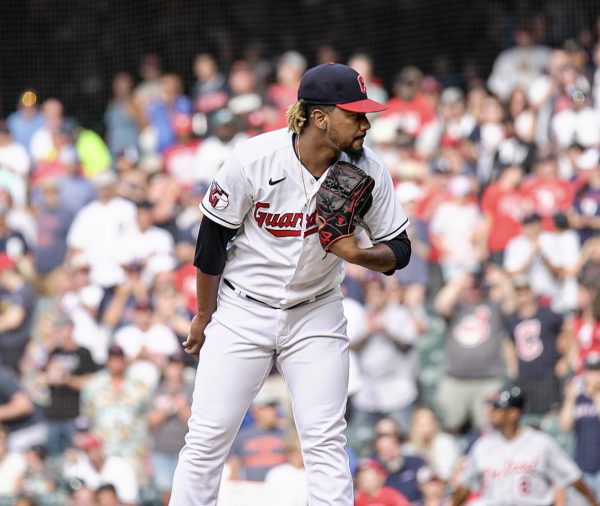 Rookie Xzavion Curry made his major league debut in game two of Monday’s doubleheader. Curry got any nerves out of the way immediately by striking out the first batter he faced.

Detroit got on the board early in the second with a RBI single from Tucker Barnhart. Cleveland answered back loudly in the fourth with homers from Luke Maile and Gimenez. Maile’s home run extended his hitting streak to seven. Gimenez became the first Guardian to homer in both doubleheader games since Jose Ramirez pulled it off in August of 2019.

Curry gave up the lead in the fifth. He gave up three singles allowing Detroit to tie the game 3-3. 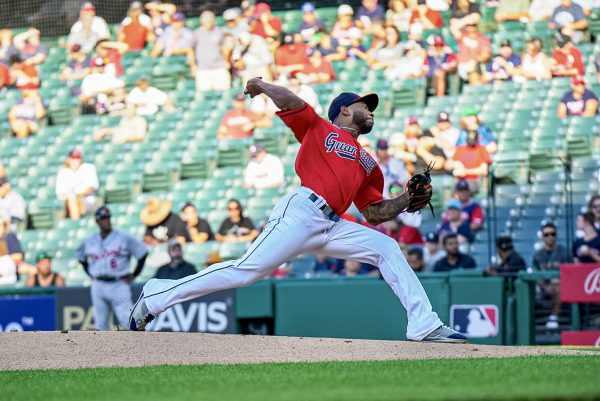 Francona felt the young right-hander did well for his first outing:

“They went down and got some breaking balls that were some pretty good breaking balls,” Francona said. “We talk all the time about putting them in play, sometimes you get rewarded for it. I thought [Detroit] did because there was a lot of traffic. But we just told him, man, there’s a lot to like. We knew today isn’t what he’s gonna look like a year from now, two years from now, maybe 10, 12 years from now, but he competed really well.”

Eli Morgan came in for relief of Curry and gave up back-to-back homeruns to Detroit’s Jonathan Schoop and Kerry Carpenter.

Steven Kwan brought Cleveland back within striking range in the seventh with a RBI scoring Will Benson.

Amed Rosario had runners in scoring position in three of his four at-bats. Two of these plate appearances ended in double plays. In the ninth with the score at 7-5, Tyler Freeman hit into a game ending double play.

Cleveland (62-54) are two games ahead of the Twins in the American League Central. The White Sox also sit two games back. Both clubs won tonight putting the pressure on the Guardians.

Cleveland’s third game of a four game series with the Tigers is Tuesday with first pitch at 7:10.