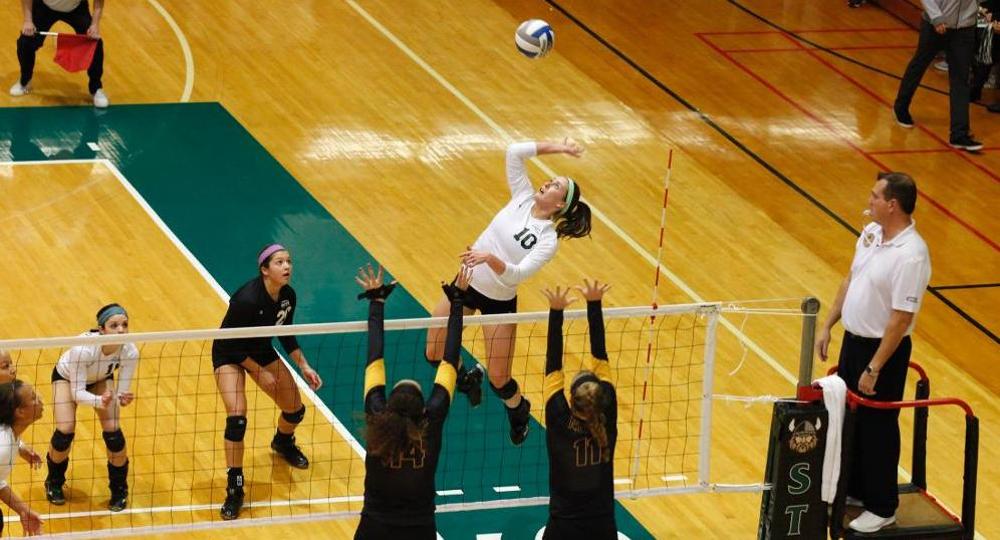 On the court Kauth led the Vikings to the Horizon League Regular Season and Tournament titles. Her individual accolades include making the 2015 Horizon League First Team and All-Tournament team. Kauth became the 16th Viking all-time to record 1,000 career hits finishing the 2015 season ranked in the top-10 in the Cleveland State record book in kills per set, attack attempts and points per set.

She finished the year ranked fifth in the Horizon League in kills per set averaging 3.58 and also ranked fifth in points per set with 4.00. The Vikings made their third NCAA Tournament appearance with Kauth at the lead, starting all 33 matches for Cleveland State while posting 458 kills, 338 digs and 29 service aces throughout the season.

Manesio, a captain on the Cleveland State men’s soccer team, carries a 3.76 GPA as a finance major. A Cleveland State Dean’s List Honoree, he is also a two-time Cleveland State Athletic Academic honoree and a member of the Horizon League Honor Roll. In 2014, Manesio earned Academic All-League honors.

Starting the 2015 season as a forward, Manesio moved to defense in the fourth game of the year leading the Vikings backline to six shutouts over the final eight matches to earn a berth in the Horizon League semifinal match. He was named to the 2015 Horizon League men’s soccer Defensive Player of the Year as well as voted to the All-Horizon League First Team for the third time in his three seasons. In addition, he earned Horizon League All-Tournament team accolades.

The Horizon League recognizes student-athletes at the conclusion of each of its three athletic seasons. To be eligible for Scholar-Athlete of the Season consideration, a student-athlete must have a cumulative grade-point-average of 3.20 or higher (based on a 4.00 scale) and are honored on a combination of athletic and academic achievement.