Reason #6 Why the 2016 Cleveland Indians Will Rock: The Bottom Half of the Rotation 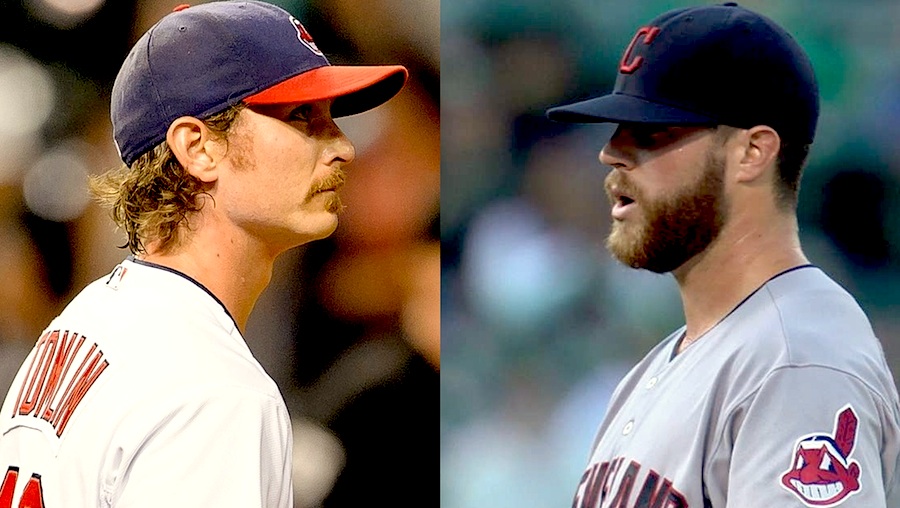 With the Tribe Home Opener just SIX DAYS AWAY, here’s reason #6 why the 2016 Cleveland Indians will rock: The bottom half of the rotation.

Everyone raves about the Tribe’s 1-2-3 pitchers in the starting rotation, and we’ll be talking about them more in depth in the coming days, but today I wanted to focus on the three guys who can pitch in the 4 or 5 spot in the rotation; Trevor Bauer, Josh Tomlin, and Cody Anderson.

It looks like Tomlin is going to be the #5 starter although it hasn’t been made official, but regardless, Anderson should be viewed as an important piece of this team, even if he starts the season in Columbus.

For starters, having six great pitchers who can be counted on is a problem any team would love to have.

Anderson showed enough in his 2015 rookie campaign and has had an impressive Spring to give Tribe fans confidence that if one of the starting rotation guys gets injured or has an extended rough stretch, the 25-year-old right-hander can fill in if needed and the staff shouldn’t miss a beat.

There are a couple of scenarios that I could forsee playing out this season.

The first is the obvious and hopefully it doesn’t happen, but a guy goes on the DL and then Anderson slides into the five spot.

Another possibility is that Manager Terry Francona feels that Tomlin will be more reliable out of the bullpen at some point in the season and he chooses to slide him to the bullpen, which would put Anderson in the rotation.

The third scenario that I am not hoping happens, but something in my gut tells me we should watch for, is if Bauer has a rocky stretch.

Bauer is known for being inconsistent. When he is on he’s lights out, but when he’s off, it can get pretty ugly.

I wouldn’t rule out the possibility of Bauer having several rough outings in a row, which could result in him moving to the bullpen or giving Anderson a spot start or two in his place.

This is not something I’m hoping for. Hopefully Bauer can put together a consistent season where he shows that ace potential on a regular basis.

Keep in mind, Bauer is the fourth man in the rotation. On many teams, he could be a two or a three.

If that’s your fourth starter, the rotation is clearly in good shape.

Here’s just a refresher on what the guys who would be labeled as 4-6 options in the rotation did in 2015.

If those guys just repeat what they did last season, keeping in mind that Bauer and Anderson seem to have nowhere to go but up at these early stages of their careers, they should combine to make one of the best bottom halves of the rotation in the league.

It might be unfair to expect Tomlin to recreate what he did in 2015 because he was lights out from the moment he arrived back from injury, but anything close to that productivity over a full season will be more than acceptable.

Out of the five spot of the rotation? Any manager would take that.

Come back tomorrow for Reason #5 Why the 2016 Cleveland Indians Will Rock!