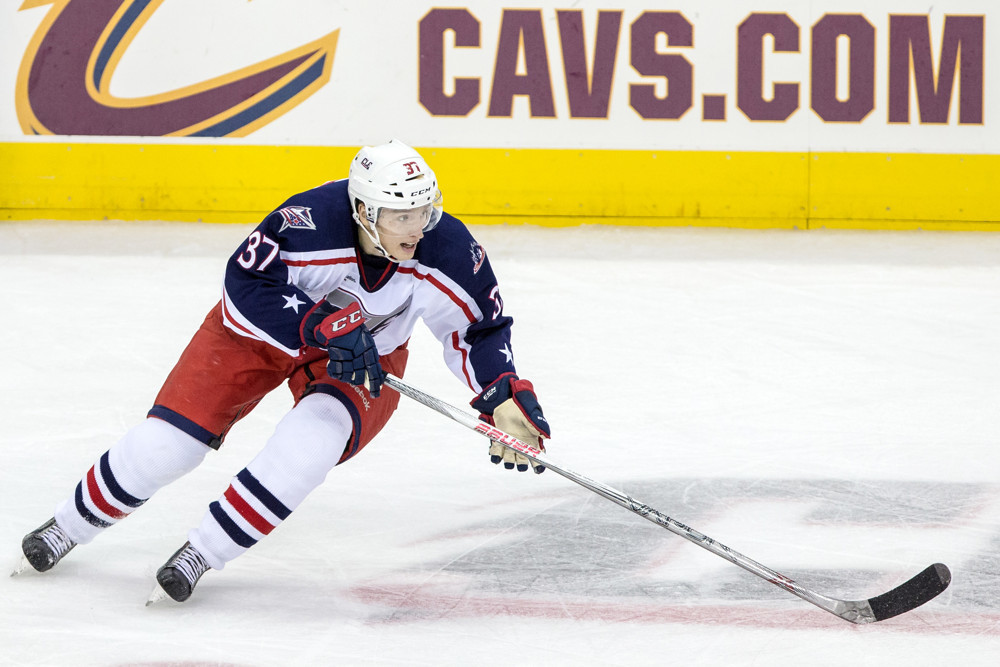 CLEVELAND – As the Monsters prepare for a weekend series at Quicken Loans Arena against San Jose, their NHL affiliate, Columbus Blue Jackets activate Sam Vigneault off of the injured list and assign Markus Hannikainen to the Monsters.

A 6’5”, 203 lb., left-handed native of Baie-Comeau, QC, Vigneault, 22, posted 1-4-5 with eight penalty minutes and an even rating in 16 appearances for the Monsters last year. Following a three-year collegiate career at Clarkson University from 2014-17 during which he supplied 30-45-75 with 79 penalty minutes and a +5 rating in 106 appearances, Vigneault signed a two-year entry-level contract with the Blue Jackets on March 16, 2017.

So far this season, Hannikainen, a 6’1”, 200 lb., left-handed native of Helsinki, Finland, notched a -1 rating in three appearances for the Blue Jackets. In 17 career NHL appearances spanning parts of three seasons with Columbus from 2015-18, Hannikainen, 24, contributed 1-1-2 with six penalty minutes and a -3 rating. In 107 AHL appearances for the Monsters, spanning parts of three seasons from 2015-18, Hannikainen accumulated 26-31-57 with 42 penalty minutes and a +12 rating. In 2016, Hannikainen supplied 3-7-10 in 16 playoff appearances for Cleveland, helping the Monsters claim the Calder Cup as AHL Playoff Champions, and served as an assistant captain for Cleveland during the 2016-17 season.

The Monsters play on Saturday at 1:00 pm in their Blue Jackets colors and again on Sunday at 5:00 pm for a kids day game that will feature a post-game skate. Doors open an hour before the puck drops each game.