Cole: Browns One of a Few Teams with Interest in Ravens Free Agent WR Kamar Aiken 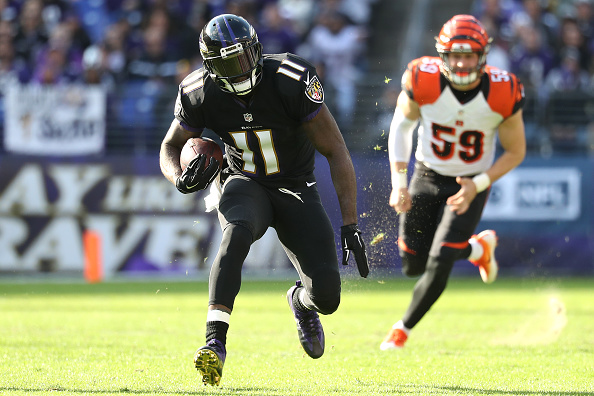 The Browns have a LOT of money to spend this week when it comes to free agency, and while it looks like they are going to have to fight other teams for the services of Terrelle Pryor, today Jason Cole of Bleacher Report says don’t be surprised to see the Browns focus on another receiver in free agency.

Aiken is 27 years old, and has been with Baltimore for the last three seasons after stints with the Bills and New England.

Last season he had 29 catches for 328 yards and one touchdown, and in his career he has a total of 128 catches for 1539 yards and nine scores.

His best season was two years ago with the Ravens, pulling in 75 catches for 944 yards and five TD’s.

Terrelle Pryor Looking To Catch Big Money In Upcoming Contract Talks – Worth It Or Not?
Browns To Have “Significant Interest” in QB Tyrod Taylor Once Released By Bills