Terrelle Pryor Looking To Catch Big Money In Upcoming Contract Talks – Worth It Or Not? 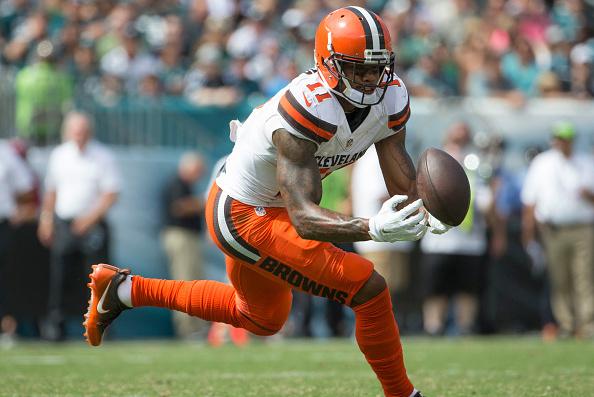 There are so many trade rumors that it’s hard to keep up with them all. Charles Robinson tweeted this out shortly after 10 pm Sunday night that sources expect that Terrelle Pryor would get a contract worth $10-12 million per season.

Multiple #NFL sources are expecting the next contract of #Browns wideout Terrelle Pryor to land between $10-$12 million per season.

Pryor was effective for the Browns in the past and according to sources it is in the Browns best interest to keep him.

Pryor eclipsed 1,000 receiving yards in his first full season as a wide receiver.

Cleveland looks to add some weapons to their arsenal for the 2017-18 season and have several options as Day 5 of the combine continues.

Assuming that the Browns are able to land a worthwhile QB the combination of Pryor and Corey Coleman could be a lethal combination to help catapult Cleveland forward for the coming season and beyond.

Stay tuned to NEOSI for developing stories on the Browns upcoming draft as well as the best of Cleveland sports. Follow us on Twitter @neosportsinside for up-to-the-minute news and updates.

Better be in Monopoly money https://t.co/zJSOYXMakY

How Many Buckeyes Should/Will The Cleveland Browns Draft?
Cole: Browns One of a Few Teams with Interest in Ravens Free Agent WR Kamar Aiken