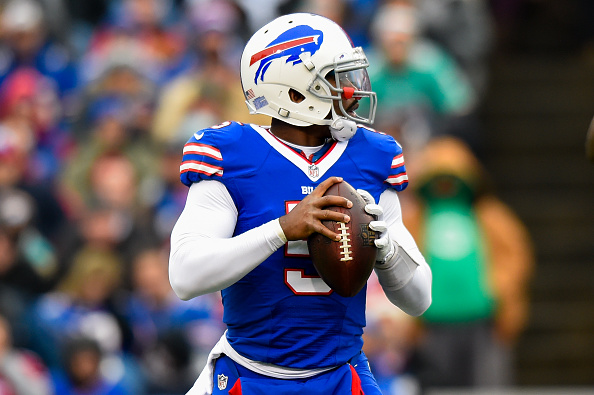 Browns fans are you ready to order your Tyrod Taylor jerseys for the 2017 season?

Yes, it appears the Browns interest in the quarterback who is reportedly going to get released by the Buffalo Bills is real, as Jason La Canfora of CBS reports the Browns very much have their eyes on Taylor.

League sources said the Browns have significant interest in Taylor as a free agent. Taylor has strong ties to some on the Browns staff already and if/when he hits the open market I would be shocked if the Browns don’t make a real push for him. Many in the league believe that’s where he will end up — he’s young and athletic and protects the football and has upside. That would allow the Browns to take the two best players available with their two first-round picks — beginning with Myles Garrett first overall. The Browns also continue to try to push to retain pending free agent receiver Terrelle Pryor to have some weapons for the new QB.

It was reported on February 8th by La Canfora that the Arizona Cardinals could be another team in the mix for Taylor, but with the Browns need for a quarterback, expect them to make a big push for the signal caller.

Last season with the Bills Taylor threw for 3035 yards, 20 touchdowns and six picks, and also ran for 580 yards and six scores.

He’s 14-14 in his career as a starter, and was 7-8 last season as starter for the Bills before being sat for the final game of the season so he would avoid injury and the team wouldn’t have to pay a huge insurance claim if he was hurt according to reports.

If the Browns do get Taylor on the roster, you have to wonder what the future will hold for Robert Griffin III.