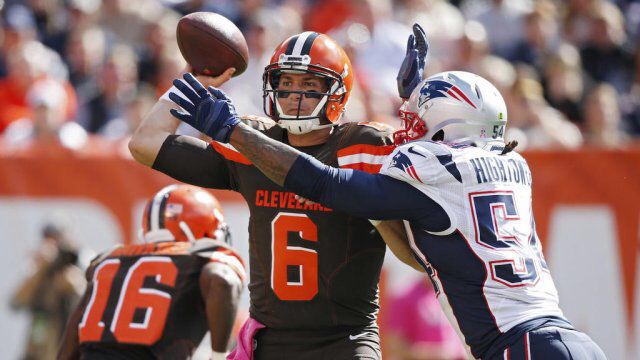 It looks like the Cleveland Browns rookie QB won’t miss any significant time with his rib/chest injury as he’s cleared to start Sunday against the Tennessee Titans.

NFL Media Insider Ian Rapoport reported Monday that the rookie quarterback is expected to play in Week 6 after leaving Sunday’s game against the New England Patriots with injury.

Browns head coach Hue Jackson said Monday that Kessler was day-to-day and is optimistic he will be able to play. Jackson also stated that Josh McCown (shoulder) returns to practice and there’s a small possibility that McCown could play instead of Kessler.

Kessler underwent testing on Monday and “checked out ok” and that leaves Charlie Whitehurst, who is is also day-to-day, enough time to sit and fully heal his sprained knee suffered in the fourth quarter of the same game.