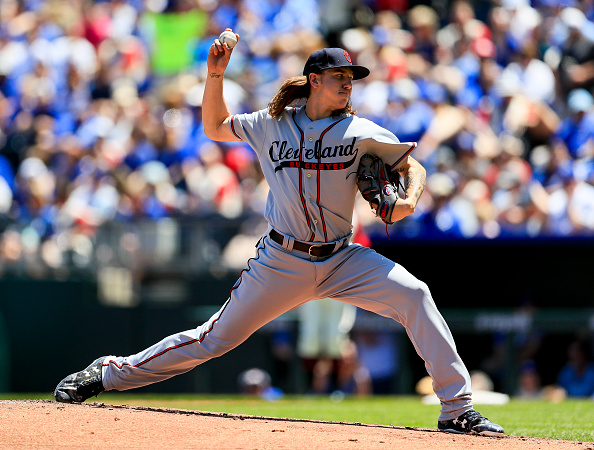 Indians starter Mike Clevinger had not shown the form of his first two starts of 2019 since coming off the injured list, but finally Wednesday night in Kansas City it looked like the pitcher the Indians and their fans had been waiting to see.

Clevinger went six shutout innings, Carlos Santana homered, and the pen did the rest as the Tribe shutout the Royals 4-0 to move to 47-38 on the season.

The win is the third straight for the Indians, who will look for the sweep on the fourth of July against the Royals.

It was an outing much needed for Clevinger, who in his last time out couldn’t get past the second inning. He managed to get five outs around allowing seven runs, five hits and three walks.

This was a different story, as he worked around singles in the first and second, and then cruised as the offense helped out with a couple runs.

Here’s a couple takeaways from the win.

1. A Beautiful Night for Clevinger

The Tribe starter went six innings, allowing striking out nine as he improved to 7-0 with a 2.03 ERA lifetime against the Royals.

Clevinger did not walk a Royal, allowing just four hits, throwing 79 pitches, 53 of which were strikes. He improves to 2-2 on the season with a 4.44 ERA.

As stated he worked out of singles in the first and second innings, and then the D helped out as Alex Gordon was thrown out trying to stretch a single into a double to end the fourth.

Clevinger will get a break and be back after the All-Star break looking to put together a big second half.

The bullpen for the Tribe was dominant on Wednesday night, going three shutout innings after Clevinger went six shutout to seal the win.

Nick Goody was impressive, going two innings with a pair of strikeouts not allowing a base runner in his two frames of work.

Brad Hand came in and needed 19 pitches allowing a hit and a walk, but also got a strikeout as he got out of the 9th without any damage.

The pen continues to be one of the strengths of the team in the first half, and again Wednesday they did the job in closing out the four-run win.

3. The Offense Does More Than Enough

Roberto Perez had an active night at the plate, escaping a couple of what should have been outs to score the team’s first run on a wild pitch in the 3rd to make it 1-0.

Carlos Santana, getting ready for the home run derby Monday night at Progressive Field, crushed his 19th homer with one out in the 4th to make it a 2-0 Indians lead.

Perez came back up with two outs and Jason Kipnis on in the 8th, and clubbed his 15th blast of the season to make it a 4-0 lead.

Overall the team managed four runs, eight hits, and drew six walks against Royals pitching. It was more than enough to earn the team’s 47th win of 2019.

The Indians Are on Pace for 88 Wins – Is It Enough to Make a Real Postseason Impact?
Indians 7th Inning Fireworks Clinch Sweep of Royals with 8-4 Victory in Kansas City