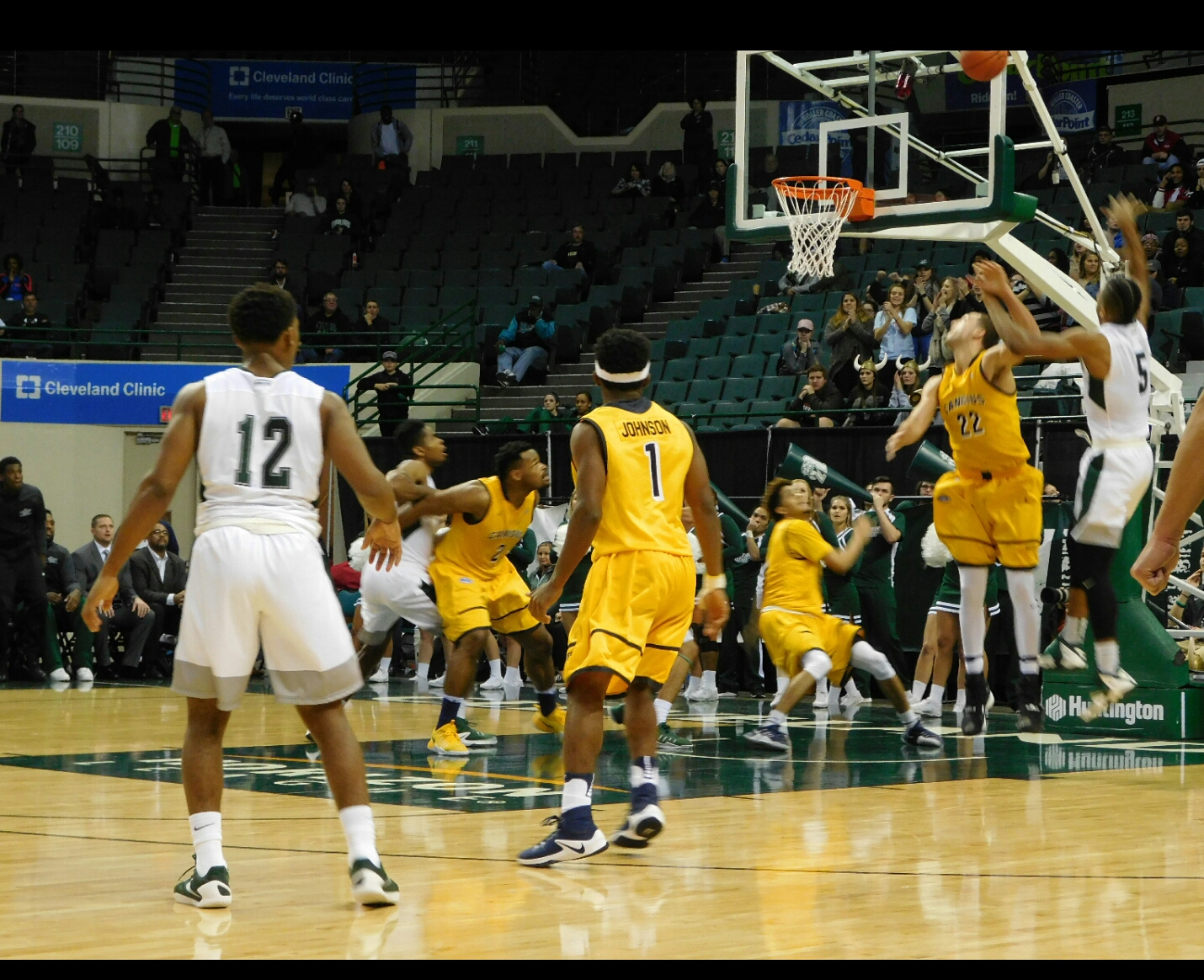 CSU hosted Canisius on Tuesday (Nov. 15) at part of the Bluegrass Classic.

Both teams would be fighting for their first win of the season as the Vikings would once again be without senior team leader Demonte Flannigan, who is still being tested for heart related issues and asthma symptoms.

After the first half of play, the Vikings would go into the locker room down by 5 off of Jibri Blount’s 6 points and 4 rebounds, along with Bobby Word’s 8 points which lead all Vikings at half.

As for the second half of action; CSU would come from behind and shot over 51% from the field in the second half.  Top performers for the Vikings would be freshmen point guard Kasheem Thomas with 10 points, 6 rebounds, and 7 assists, Derek Sloan with 10 points and 7 rebounds, Bobby Word with 14 points and 7 rebounds, and Rob Edwards with 17 points to lead the Vikings in scoring.  Canisius’ Jermaine Crumpton led all scorers with 21 points.

Despite not having Flannigan in the game, the Vikings were able to out rebound Canisius and outscore them in the paint as well.

The Vikings now look forward to a 4-game road trip starting with a game at Tennessee-Martin on the 18th of November, and ending on the 30th with a game at Arkansas State.  Between those games, CSU will visit Kentucky on the 23rd, and Duquesne on the 27th.  The Vikings next home game is on December 3rd against Bethune-Cookman.