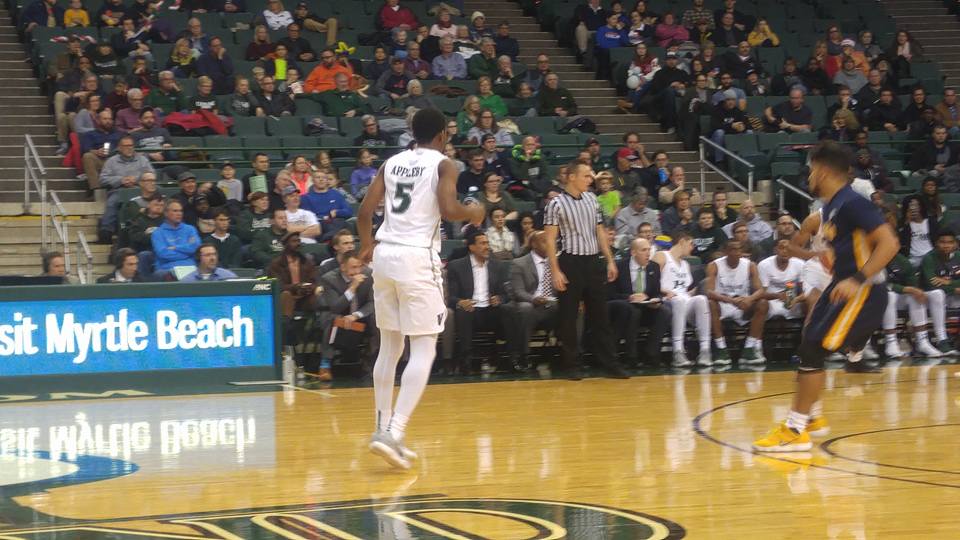 ROCHESTER, Mich. – Kenny Carpenter was one of three Cleveland State players in double figures with 17 points, but Oakland used a strong second half shooting performance to claim an 81-68 win over the Vikings on Friday night in the O’rena.

The Vikings led for more than 18 minutes of the first half, taking a quick 8-2 lead four minutes in. The Golden Grizzlies responded with a 10-4 spurt to tie the game at 12-12, but an Appleby steal and dunk capped a 7-2 run for the Vikings which gave CSU a 19-14 advantage with 9:31 to play.

Oakland came right back with a 9-2 run to open up a 58-45 advantage midway through the second half.

A three-pointer from Word sliced the CSU deficit to eight points (66-58) with just over five minutes to play, but Jalen Hayes answered with a three-point play on the other end for Oakland.

Hayes finished with 30 points and 11 rebounds to lead the Golden Grizzlies.

CSU out-rebounded the Golden Grizzlies, 36-35 and made nine steals. The Vikings hit 16-of-20 (.800) at the free throw line, while both teams committed 11 turnovers.

CSU concludes its three game road swing with a 7:30 pm game at Northern Kentucky on Monday (Jan. 15). It will be a doubleheader with the CSU women taking on the NKU women at 5:00 pm.