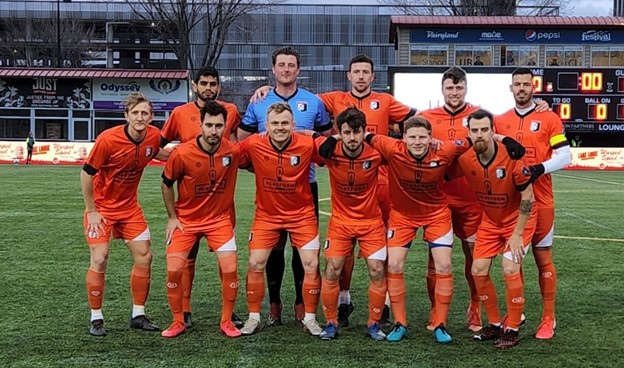 Wednesday night was full of anticipation for the men from Cleveland SC (NPSL). An away game in Round Two of the US Open Cup against the USL Forward Madison (MAD) Flamingos was a chance for the club to stake a claim as an up-and-coming professional soccer team. At 8:00 pm EST on Wednesday evening, their quest for glory began on a cold night. Alas, the final score didn’t go the way they wanted, as they dropped a 3-0 decision to the Wisconsin team. It was a night full of upsets in the Open Cup, but unfortunately for the good guys from CLE…that was not the case.

Forward had just played a league game a few days prior to the match and Cleveland (CSC) hadn’t seen the pitch since their win two weeks ago. The start of the game saw the team from Madison control early. However, the tough defense for Cleveland frustrated the Flamingoes the first 20 minutes or so. Chris Cvecko, Boban Cancar (captain), Kieran Toland and Corbin McAvinew were the defenders guarding goalie Conor Cable. In fact, the Flamingoes coach later said how difficult Cleveland’s defense was to break down. 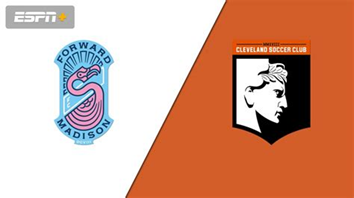 The two teams traded free kicks in that time frame with nothing to show. The first true attempt in the game was from Skye Harter, the CSC midfielder. He was tackled outside the penalty area. Taking the free kick himself, his left-footed bullet was directly into the Madison wall. Following Harter’s shot, in the 17th minute, forward Rojay Smith for the Mingos got off a shot that Conor Cable saved. The Flamingoes continually tried to penetrate the defense after but were stymied. Naxeem Bartman had a breakaway shot in the 26’ only for Cable to save it, leading to a corner which amounted to nothing.

After a Cleveland free kick, Forward Madison began a barrage of attempts. Smith again took a shot that didn’t find the net and so did Audi Jepson. But in the 37’ the attack was successful. Justin Sukow took an Allan Torres pass and scored the first goal of the match. Torres took a deft pass over the back of the defenders. Sukow settled it off his chest and nailed a left footed shot that Cable got a hand on but went into the goal.

Then a quick turnover almost led to a second goal shortly after as Rojay again had an attempt. Hoping to get out of the first half down only 1-0, Cleveland fell into the late scoring half blues again and MAD Murrilo scored a beauty from a Cyrus Rad assist. Audi Jepson had a corner kick in stoppage time and his cross was headed by Rad perfectly to Murillo, who volleyed it past Cable for goal two.

As the second half opened with a two-goal deficit, both teams began where one team wanted to just hold and the other started to press. Madison took their time moving forward but Cleveland tried to push and had their moments. Two shots on goal for CSC were made by Christopher Brennen (starting at the forward position on the right) and Cvecko. Perhaps the best chance for the men from The Land was in the 66th minute off a short corner. The ball made its way to Chris Cvecko, whose shot was saved easily by Madison’s keeper Philip Breno.

In the 68th minute, MAD struck again. Maldonado won a ball and got a pass off to Torres who got by the CSC back line and from the top of the penalty box rifled a shot that Cable saved only to have Bartman one-touch it in as Conor couldn’t gather the loose rebound.

CSC kept up the pressure in the final part of the second half but were fruitless in their efforts.

After the game, Cleveland SC owner, Sam Seibert, had this to say about the evening and match:

“Forward Madison were great hosts, and we appreciate their hospitality. The exciting atmosphere at Breese Stevens Field was what we expected and is one of the reasons you play in Open Cup; to feel the passion then reciprocate on the pitch with all you’ve got. We matched up well with a formidable side who executed when the moments mattered most. We look forward to another invitation soon to show what we learned from the experience.”

“The game was tough on Wednesday. A changed team for us and the new lads did tremendously but playing against opposition as class as Madison made it a difficult night. The result didn’t go our way, but everyone can hold their head high and be proud of the effort that was put in and to place the club in this position to play on a national stage. Focus now turns to defending the Rust Belt Conference and Regional title and looking to push on for the NPSL title.”

The match finished with the final score 3-0. Cleveland now heads into the regular season to attempt to get back at the National Semifinals. Their outstanding showing in the first two rounds of the US Open Cup should serve them well the next few months. 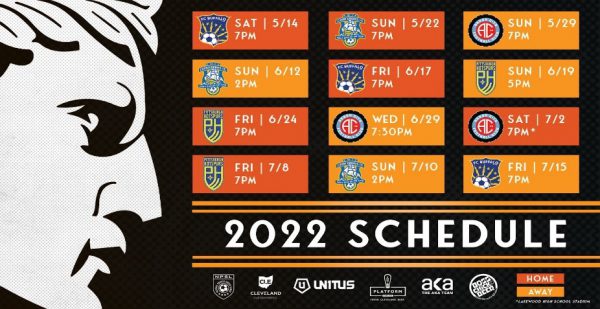 All home games except one will be at George Finnie Stadium and Tressel Field, on the campus of Baldwin Wallace. The stadium is located at 100 E. Bagley Road next to Berea-Midpark High School and across the street from the Lou Higgins Center. July 2nd’s game will be at Lakewood High School. Siebert had this to say as the regular season gets ready: “We are proud of our club and proud to have participated in this year’s USOC.”  Should be a fun summer, sir!

Starters and substitutes for Cleveland SC (* means subbed out)