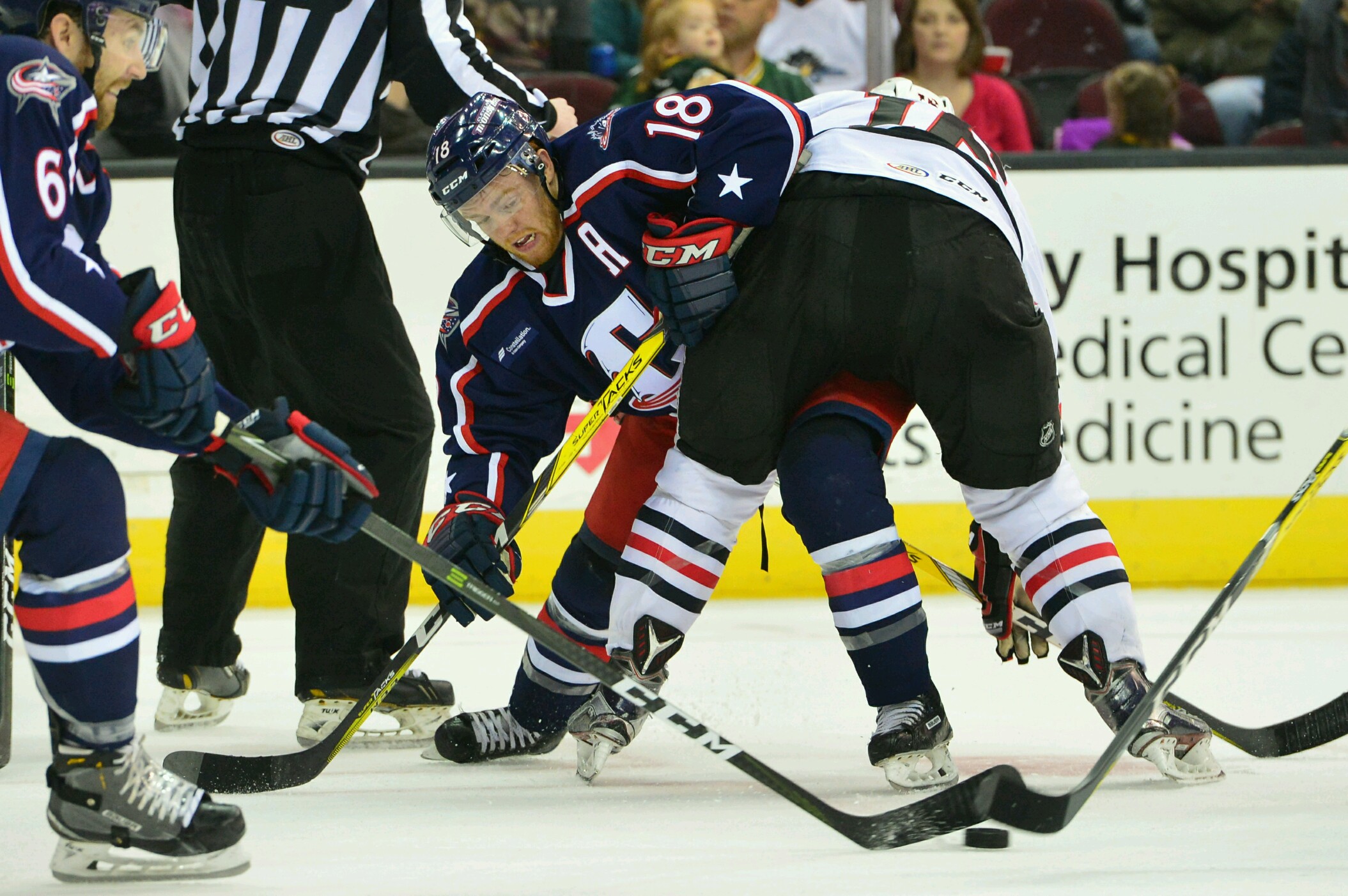 Monsters  Blake Siebenaler and Alex Broadhurst score to elevate Cleveland to 18-15-1-3. Broadhurst gets to celebrate a victory in his 200th career game.

Tonight’s festivities started off with honoring the three Monsters’ players going to the All-Star Classic next weekend. 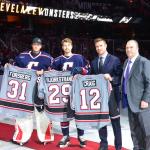 Ryan Craig, Anton Forsberg and Oliver Bjorkstrand were given their jerseys for the game that takes place in Allentown, PA Jan 29-30 at the home of the home of the Lehigh Valley Phantoms.

The Monsters were down a few regular shift players scratching Ryan Craig, Oleg Yevenko, Marc-Andre Bergeron, Daniel Zaar and Anton Forsberg. Additionally, Markus Hannikainen was called up to The NHL’s Columbus Blue Jackets earlier this morning for his seventh trip as they prepare for Carolina Saturday night.

The first period was scoreless with both teams only having single digits shot on goal in the first 20 minutes of the battle taking place in tonight sixth of eight match-up between the Monsters and IceHogs.

The Cleveland Monsters came into tonight’s game 17-15-1-3 on the season. With a .528 points percentage, the Monsters currently rank fourth in the AHL’s Central Division standings and tenth in the Western Conference standings.

Rockford comes into the contest at 14-20-3-3 overall this season. With a .425 points percentage, the ‘Hogs currently rank alone in eighth place in the AHL’s Central Division standings and 16th in the Western Conference.

The second period was more of the same for both teams and there were no penalties thus far and no score. The Monsters and IceHogs battled it out until finally at the 2:45 mark when #4 Blake Siebenaler – D put one in the net over the ‘Hogs goaltender.

END 2: Blake Siebenaler's second goal of the year gets the #CLEMonsters on the board! pic.twitter.com/HwGrXscNr6

Moments later there was a break away from #22 Sonny Milano – LW that was stifled by Glass as Milano offered up his signature backhand to the left post before the middle stanza ended.

The first penalty in the game came at the 15:45 mark of the final frame and the IceHogs were unable to even get a shot on goal during the power play. Next up is a rocket from Broadhurst to cap this one off at 13:31 of the 3rd.

Alex Broadhurst makes it 2-0 #CLEMonsters in his 200th @TheAHL game!

With 45.8 seconds in the final frame, Ryan Stanton was called for going up high in the crease getting called for cross-checking and was sent to the sin bin for the remainder of the game. The Monsters squad played keep away to seal the deal and split this series with Rockford 1-1.

FINAL: Nothing like a #CLEMonsters shutout WIN on home ice! pic.twitter.com/cNVYMQA1kE

Brick wall Brad Thiessen was perfect in the net for the Monsters with 32 saves and Glass for the Ice Hogs defended 17 of 19 in his performance.

Up next for Cleveland is a bus ride to Grand Rapids to face the Griffins Saturday night when they plan to have Forsberg between the pipes.

Photo credit goes to John Saraya for his contributions to tonight’s article. Video by @MonstersHockey.