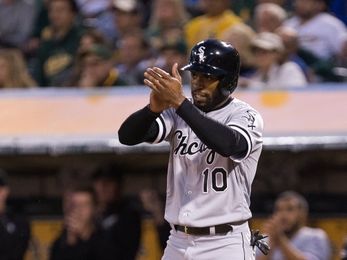 The Cleveland Indians have signed outfielder Austin Jackson, to a minor league contract. Jackson will be signed for $1.5 million and has the possibility of getting $4 million in incentives according to Jon Heyman. Jackson also has an opt-out option at the end of Spring Training.

Jackson will help out the Indians if he ends up being with the big league club by joining Tyler Naquin in center field and being his right-handed compliment, similar to how Rajai Davis was to Naquin in the 2016 season.

In the 2016 season, Jackson played with the Chicago White Sox but struggled at the plate for the first two months of the season before obtaining a knee injury that ended his season. He only had 203 plate appearances where he hit .254/.318/.343 with 12 doubles, 2 triples, and hit zero homers.

In 2010, Austin Jackson was the runner-up in the American League Rookie of the Year voting, which was won by Neftali Feliz. Since 2014, Jackson has not matched his numbers he had once put up in his first four years in the big leagues.

The Indians have yet to confirm this deal.