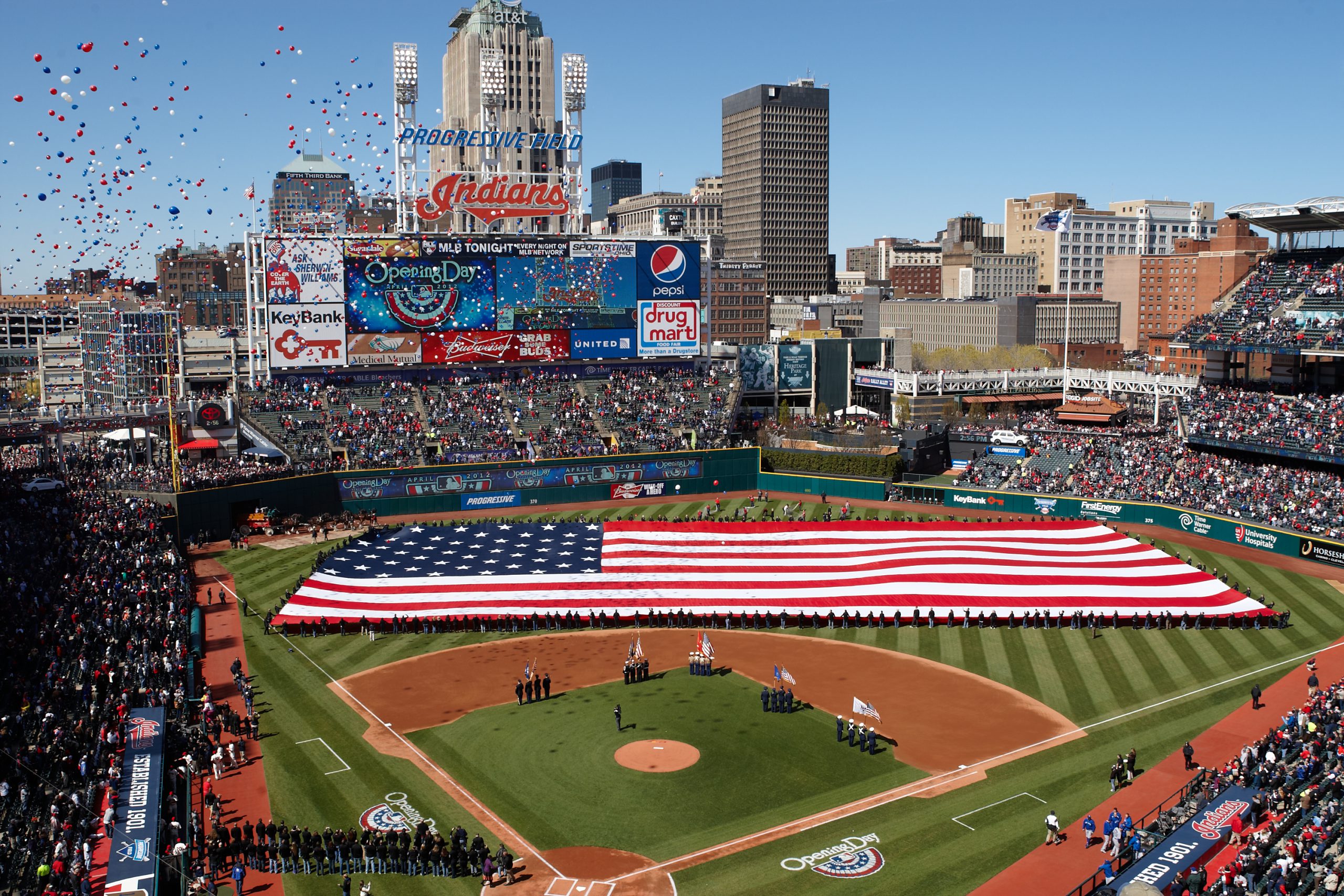 The game, the Tribe’s 24th Home Opener at Progressive Field, marks the 117th as a charter member of the American League, and the 25th consecutive Home Opener sellout dating back to the team’s final year at Cleveland Municipal Stadium. This year’s game sold out in three minutes on March 6.

There will be a pregame ceremony to celebrate the Indians AL Championship, during which players and coaches will receive their AL Championship rings, a flag will be raised in center field and a banner will be unveiled in the Right Field Terraces. The Indians encourage fans to be in their seats by 3PM to witness the ceremony.

The Tribe will help the city #RallyTogether by hosting a trio of Cleveland sports legends to throw out ceremonial first pitches:

The Cleveland Orchestra string section is set to perform the national anthem; the group also performed the anthem before Game 7 of the World Series. The Cleveland Orchestra is nearing the celebration of its centennial of its founding. Following the conclusion of their performance, there will be a US Air Force F-16 flyover.

The Indians will honor all branches of the United States military, as members of the United States Army, Navy, Air Force, Marines and Coast Guard will present the colors. Meanwhile, an oversized American flag will be presented by 250 employees of Progressive Insurance, the presenting partner of the club’s Opening Series.

Indians Second Baseman Jason Kipnis, reflects on Game 7 of World Series and Offseason
Will There Be A Bullet Club Reformation on RAW?