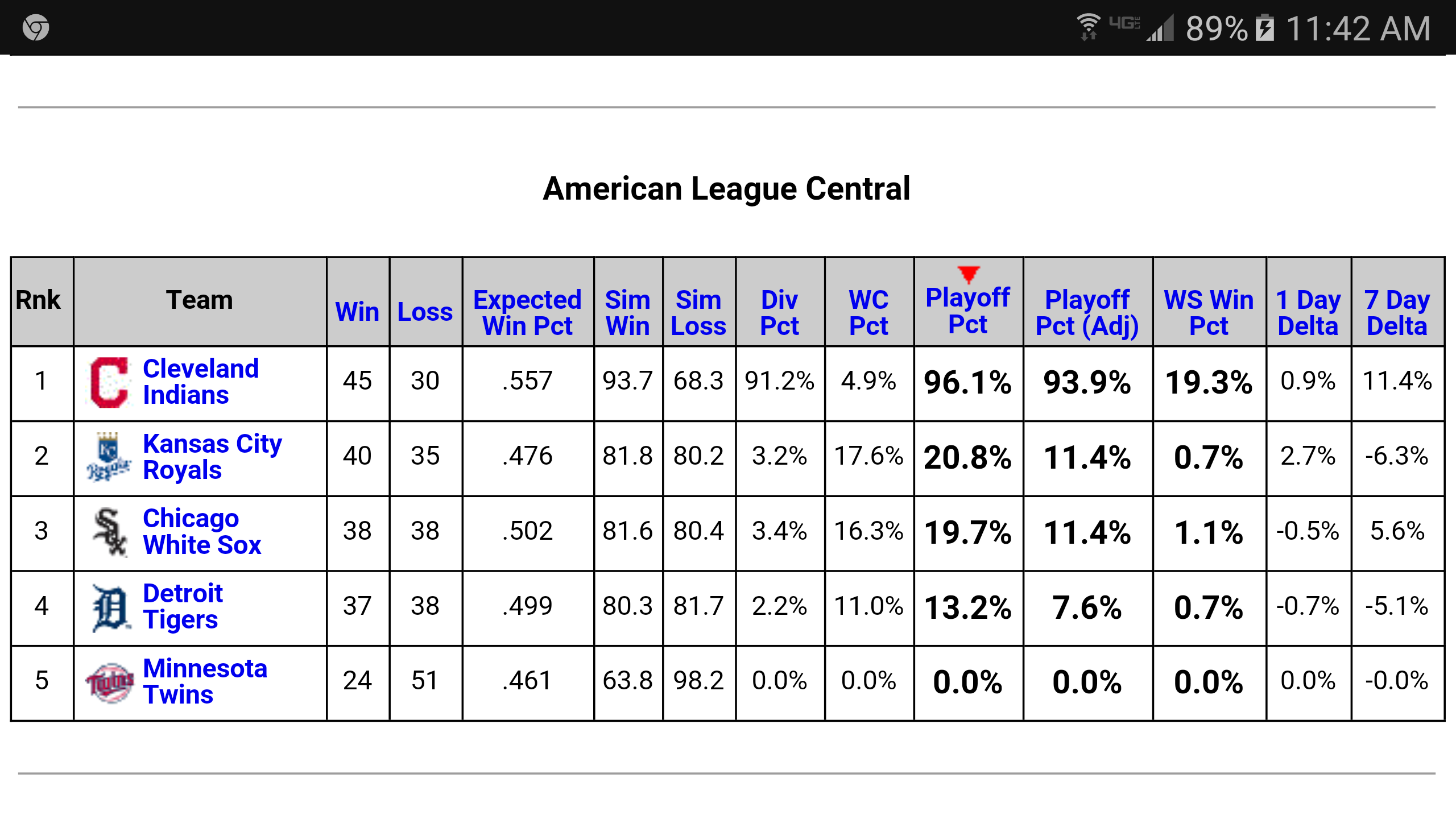 Baseballprospectus.com is constantly updating their projections of teams with the best chance to make the Playoffs and win the World Series.

As of Tuesday morning, the Tribe has the best chance to win it all according to their projections. 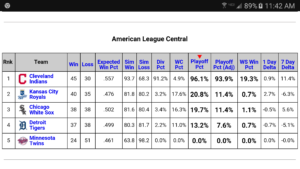 The Indians (96.1 %) probability of making the Playoffs is the best in the American League, just above the Texas Rangers (94.8 %). 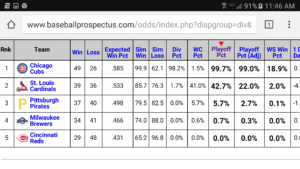 Baseball Prospectus’ National League projections have the Cubs with a slightly better chance of making the Playoffs (99.7 %) but the Tribe actually has a higher chance of winning the World Series, as the Indians are at 19.3 %, while Chicago is at 18.9 %.

If you’re asking me how they come to these conclusions, I could not tell you and by tomorrow the percentages could change a hair or two one way or the other.

But for now, enjoy it Tribe fans.

The stat geeks are on board with the Tribe. As everyone should be.