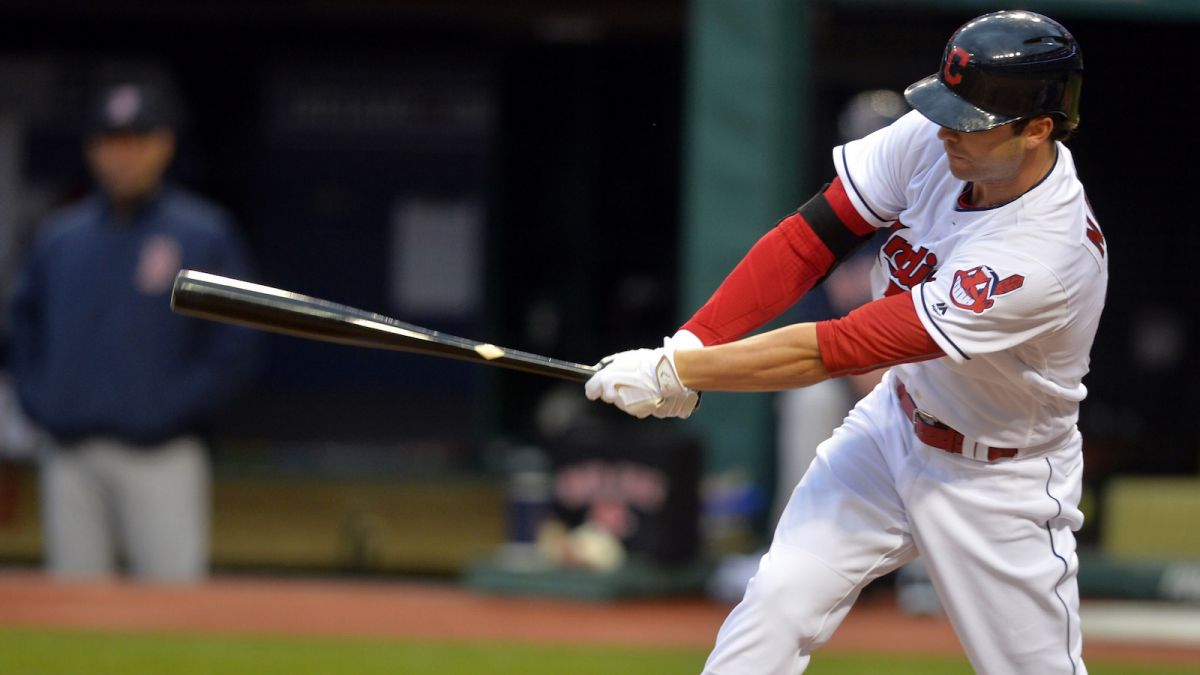 CLEVELAND– The trend continued during this afternoon’s Cleveland Indians game against the Los Angeles Angels. The game once again did not start off on time, the rain delay took an hour and 38 minutes until we got to see some baseball.

Jason Kipnis started the Indians off with  a solo homer to Right Field to give the team an early 1-0 lead over the Angels. With that home run in the first inning, Kipnis joins Carlos Santana (25) and Mike Napoli (29) with 20+ homers this season.

To start off the second inning, Trevor Bauer hit Jefry Marte in the shoulder blade and two batters later Ji-Man Choi hit a 2-run homer to Right Field, giving the Angels a 2-1 lead. During the bottom of the second inning, Marte was removed from the game and Choi moved over from Left Field to First Base while Gregorio Petit came into the game to play Left.

During the third inning, Nick Buss started off the inning by hitting a triple to Right Field, and scored when the next batter, Yunel Escobar grounded out to Indians Short Stop, Francisco Lindor. The Angels extended their lead 3-1.

Geovany Soto hit a solo blast to Center Field and extended the Angels lead to 4-1 during the fourth inning.

The Cleveland Indians were not doing much offensively until the fifth inning came around when Tyler Naquin started off the inning with a double, followed by an Abraham Almonte single. With Almonte’s single, Naquin moved over to third. The next batter, Roberto Perez walked and loaded the bases for the Indians. Santana hit into a fielders choice to first, Choi threw home which lead to a force out. Jered Weaver walked Lindor with the bases loaded causing the Indians to close in on the Angels. Next batter, Napoli reached on an infield single , which lead Perez to score. Santana attempted to score also but was thrown out at home ending the fifth inning. Indians trailing 4-3.

During the sixth inning, Jose Ramirez started off the inning with a single. Naquin hit a double to Right. Ramirez scored tying up the game at 4. Almonte followed up by hitting a single to Center, which lead to Naquin scoring. Indians take the lead 5-4. After Naquin scored, Weaver was taken out of the ballgame and replaced by Jose Valdez. Cleveland took the lead in the sixth inning 5-4.

Andrew Miller came on in the seventh inning, ending Bauer’s day. Bauer went 6 innings pitched, 5 hits, 4 earned runs, 2 walks, and 4 strikeouts. Miller only threw 9 pitches to get out of the seventh.

During the eighth, Miller stayed in and set down the Angels in order. Miller struck out Albert Pujols to end the inning, which lead to a Pujols ejection.

Cody Allen came in to start off the ninth and sets down the Angels in order and gets his 22 save of the season.
Trevor Bauer comes away with the victory, number 9 on the season. Now 9-5 this season.

Cleveland Indians improve to 67-48 on the season and sweep the Los Angeles Angels in this 4-game series.